Thanks to a crowd-funded Chinese invention, Vancouverites may soon be able to take on our bountiful rainy days with the aid of an “invisible umbrella.”

The battery-powered “Air Umbrella” basically uses fanned air to propel falling rain away from whoever is holding the wand aloft. 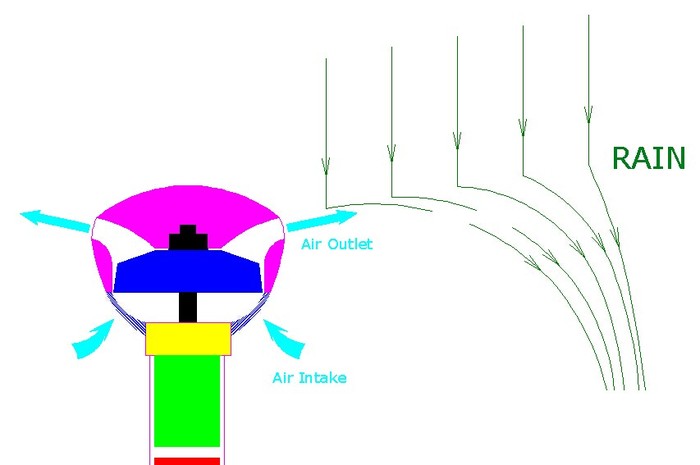 While the “Air Umbrella” will keep you dry, it may cost you your friends, who probably won’t appreciate walking down the street with you on a rainy day, since you’ll be sending extra water their way.

The inventors posted their prototype to Kickstarter, and so far have made nearly nine times their goal of $10,000. They say they will continue to refine the product before manufacturing and shipping to their supporters, with the first “Air Umbrellas” to be delivered by December 2015. Until then, Vancouver, just keep on keeping dry the old fashioned way.