27-year old Corporal Avi Barzelai enlisted in the Canadian Forces shortly after graduating from high school and since that time, he has been deployed to Afghanistan twice serving various combat duties.

No more than 2,500 Canadian Forces personnel have been stationed in Afghanistan at any one time. However, through tour rotations over the course of a decade, approximately 40,000 Canadians have served in the Afghanistan War until Canada’s withdrawal in 2011.

By the time the Canadian Forces’ combat troops had pulled out of Kandahar, more than 2,000 Canadians who served in the conflict had been injured on duty. This includes 158 who lost their lives in the war.

Corporal Barzelai is just one of these 40,000 individuals who put everything on the line to protect his brothers and sisters in uniform and to serve his country. He thoroughly understands the challenges Canadian soldiers faced on duty in hostile territory and the hurdles they must overcome upon returning home.

Now a Canadian Veteran, Barzelai has started a Vancouver construction company that hires only Veterans in an effort to provide other individuals like himself with quality employment opportunities.

Would you be so kind as to tell us about your life prior to joining the Canadian Forces?

I had a middle class upbringing in a large ethnic family and always had the desire to do something more meaningful than just the normal post-secondary route. I was terrible academically because my head was always in the clouds, and my teachers either loved or hated my extremely opinionated nature.

Music became an escape for me as a teenager, and I came pretty close to going to music school instead. I was always playing sports and spending time outside, and so the military seemed to be a good fit for me. I joined the military fairly soon after graduating high school.

Why did you enlist in the Forces? What branch did you serve in?

I have always felt compelled to do something more meaningful and important. I had a strong desire to serve my country while helping disadvantaged people. I started off in the regular forces, first stationed in Manitoba with the 2nd Battallion of the Princess Patricia’s Canadian Light Infantry. Later, I joined a reserve unit in Vancouver called the Seaforth Highlanders of Canada.

Did you ever imagine you would be deployed to Afghanistan? Did you ever question Canada’s involvement in this war?

I certainly imagined that I would be deployed to Afghanistan and indeed it was my primary reason for joining the military.

On your second question, if you’re asking if I supported our involvement in Afghanistan than yes, I did and still do, but the question is not relevant to my job as a soldier. My job is to serve my country regardless of whether or not I believe in the overarching political aims. As a soldier it is important to focus on the job at hand and to do the best that you can with the resources given. 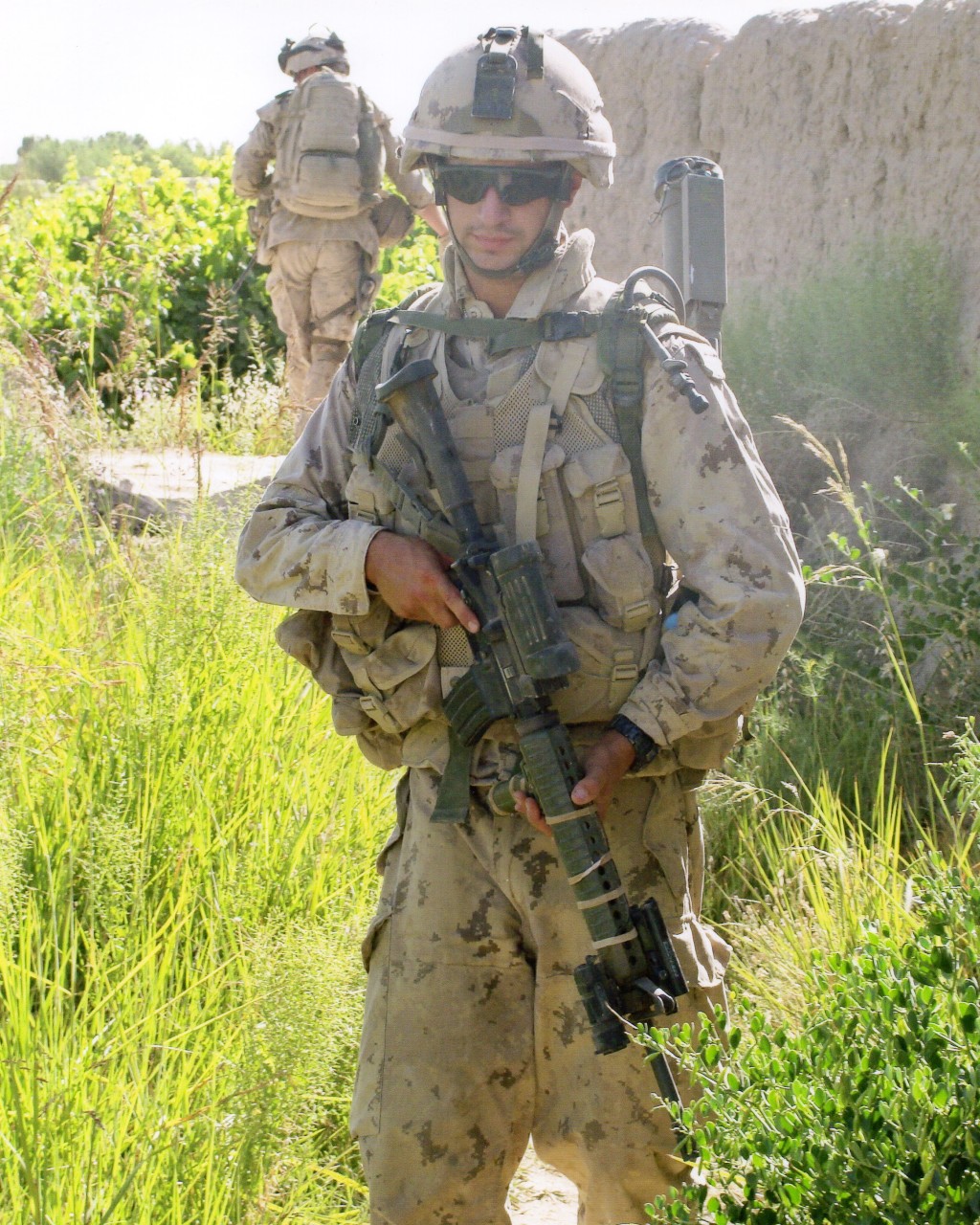 What were your duties during your two tours in Afghanistan?

On my first tour I served as the driver of a LAVIII armoured fighting vehicle. I was responsible for the maintenance and operation of the vehicle, as well as the safety of my crew. On my second tour, I was employed as a helicopter door-gunner, where we were tasked with ensuring the safety and security of personnel and equipment being transported around Kandahar. Additionally, we were tasked with direct action combat operations. 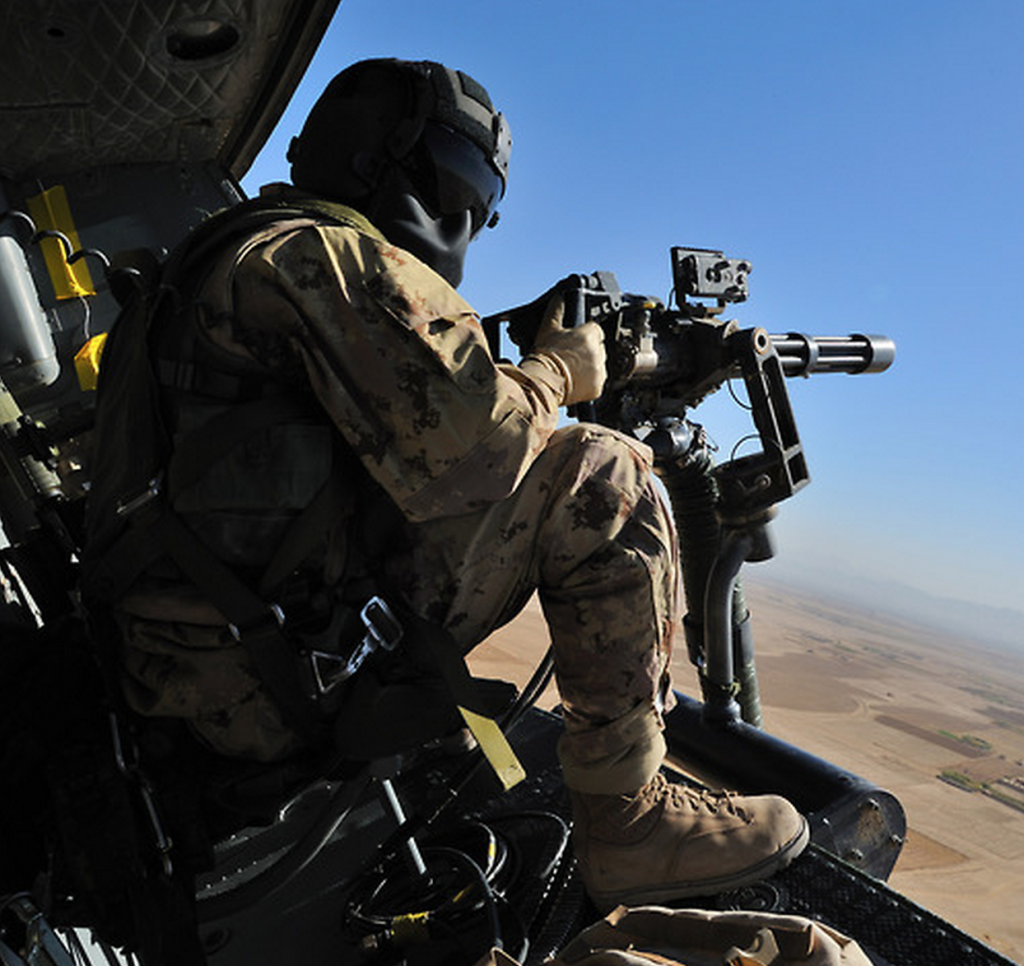 How would you describe your experience in Afghanistan? How did young adults like yourself cope with being away from home over extensive periods? What were your relationships like with fellow soldiers and did you connect with the locals?

Young unattached soldiers cope extremely well being away from home. Soldiers are trained to deal with this. You are constantly in a life or death environment with the best friends in your life. It’s like a brotherhood. Soldiers with spouses and children I’m sure had a tougher time.

Connecting with the locals was a challenge, especially with the language barrier. Culturally, Afghanistan is an incredibly different place than Canada. It is very much like going back in time about 2000 years. 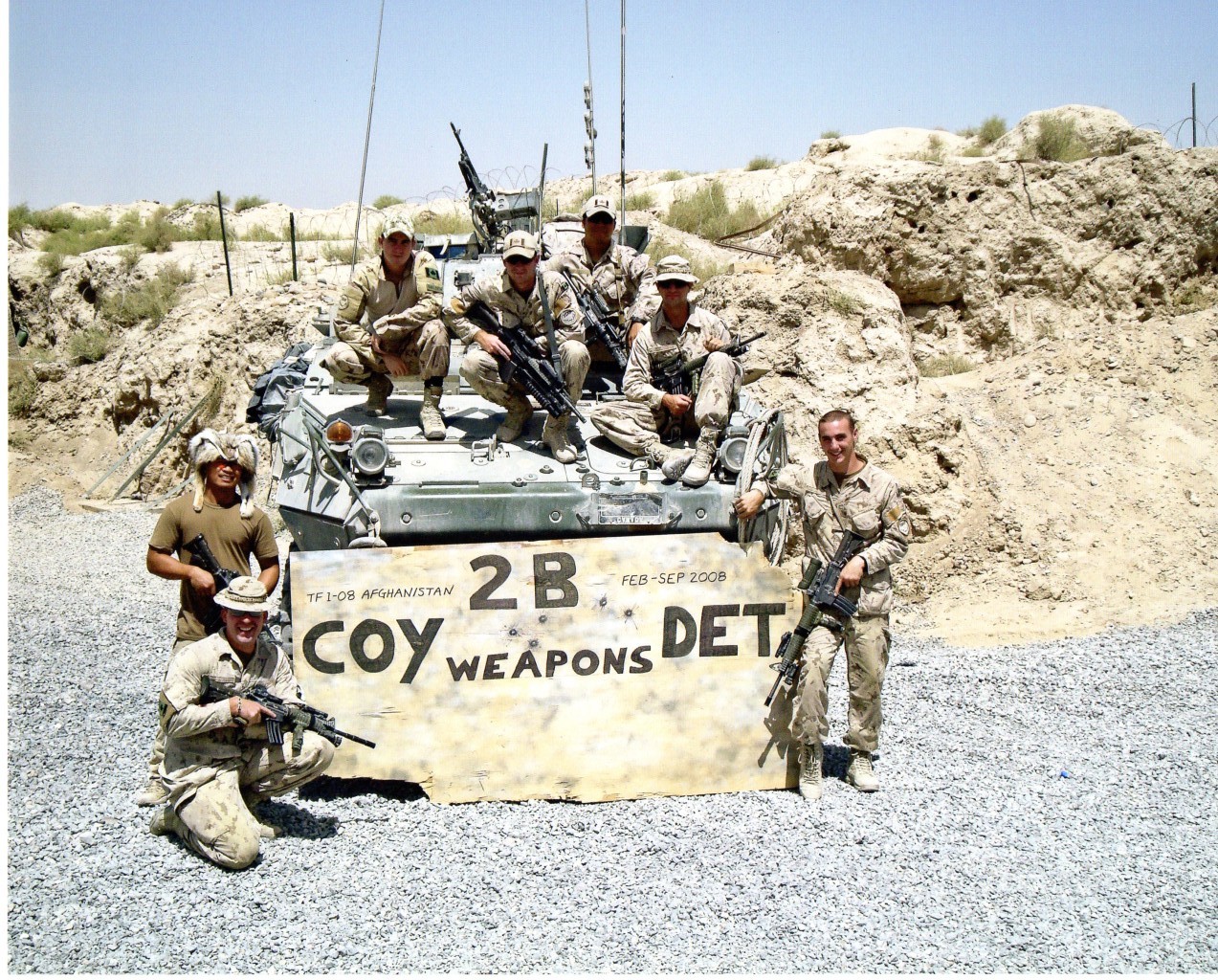 How did your time with the Forces change your life? What skills and qualities did you learn and gain?

My time in the forces has had an incredibly positive impact on my life. I have learned discipline, teamwork and most of all leadership. Intense life or death situations bring out the best and the worst in people, allowing one to learn many life lessons in a very short span.

Were there any obstacles with adjusting back to civilian life following your tours?

Soldiers face many obstacles when they attempt to integrate back to civilian life. For me personally, it became extremely frustrating to find a decent job, one that recognized my skills and abilities as a combat Veteran.

I soon realized that the path to entrepreneurship was one that unshackled me from the humiliating process of resume writing and job interviews. I wouldn’t have to settle for a job that I was overqualified and underpaid to do. Starting a business has been an extremely challenging but liberating experience for me.

As you mentioned, Veterans often have issues with employment. Why do you think that is a challenge? What do you think can be done to create real systemic changes so that Veterans can come home and be greeted with plentiful opportunities?

Veterans have a vast and powerful array of skills at their disposal. I believe education is the most important factor. Both educating employers, and educating Veterans as to just how important their skill sets are.

Tell us about your new construction company. Why did you start Veterans Contracting Canada? How has it benefited Veterans?

I essentially started Veterans Contracting because I couldn’t find a job that realized my potential to contribute to society. We specialize in building decks and fences, and take great pride in our work. Looking to the future we will pursue relentless growth, both doing our utmost to provide exceptional services to the public while proving quality, meaningful employment to Veterans.

Over the past few months, there have been significant budget cuts to the federal government’s Vetarans Affairs department. It has led to the cut of hundreds of jobs and the closure of field offices across the country. What are your thoughts on the cuts and the work that Veterans Affairs does?

Personally, I have had no reason to deal directly with Veterans Affairs in a significant capacity. But I do know that many soldiers have faced challenges when attempting to get the treatment and compensation they deserve.

What does Remembrance Day mean to a member of the armed forces?

For soldiers, Remembrance Day is a bitter-sweet day. It is about remembering fallen comrades, but more importantly it is about celebrating their lives. Living every day to it’s fullest is what they would have wanted.

Finally, I want to open this up to you and give you a chance to talk about anything you want – anything that we haven’t covered that you want people to know about.

Starting Veterans contracting has been one of the best decisions of my life. It has helped ease my transition back to civilian life, and enabled me to build something important and meaningful. I encourage other Veterans out there who are struggling to dig deep and realize the potential that exists within themselves.

Established in November of 2012, Veterans Contracting Canada is a unique organization. All of our employees are current, or former serving members of the Canadian Forces and most are Veterans of the Afghanistan war. It was recognized that the core skills that every Canadian Forces veteran brings to the table were poorly understood by civilian employers. Here at Veterans, we understand the highly skilled nature of the Canadian Soldier, and the value they represent as an employee in any organization.

Renovations are complex services which require military precision to operate effectively. Our mission is to provide quality renovations that operate smoothly and efficiently, and are always on time and on budget. Because every soldier is ingrained with skills such as teamwork, discipline and a strong work ethic, a construction crew made up of Veterans are no-doubt up to the task.