With all your favourite series airing their respective season premieres recently, it’s as good of a time as any to look ahead to what the summer schedules have to offer. First out of the gate is the season premiere of FOX’s hit summertime show from M. Night Shyamalan, Wayward Pines, the second season of which kicks off tonight, Wednesday, May 25.

Filmed in Vancouver, the series showcases a variety of hometown talent both in front of and behind the camera. One of the recurring stars of the new season is up-and-coming local actor Jaime M. Callica. We caught up with Jaime to chat about his role on Wayward Pines and his life on the scene as a Vancouver actor.

How are you doing? How’s the shoot going?
I’m doing great, the shoot’s going great! I’m on a new TV Movie called Secret Millionaire and we started shooting today. Today’s day one, it’s been amazing so far. We just finished the first scene.

What got you into acting? Did that come up after you moved out here?
I used to be a dancer, so I danced for a number of years before I got into acting. I used to be a real athlete so in Toronto I used to play basketball, I was big into martial arts. And when I came out here, I used to be into track. I used to run for Team BC and Team Canada until I discovered dance kind of late in life actually. That was my first love. But one day I woke up and decided – that’s it; I got into acting, got an acting coach, got an agent, and it’s been history ever since. 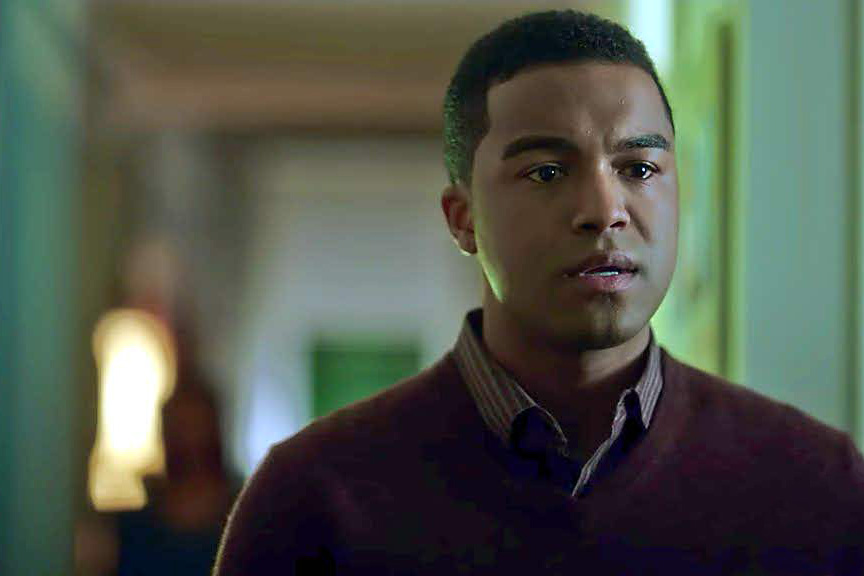 Did moving to Vancouver help spur that career motivation?
Vancouver is definitely a film city, and I was already doing some music videos while dancing. But it was easy to segue into acting in a city like Vancouver, for sure. With all the new productions coming to town, it makes it very exciting.

Tell me a little bit about your role on Wayward Pines.
My character’s name is Simeon. Originally when I booked the role it was basically as a “husband” alongside my “wife”, neither of us had character names. But we were booked in a capacity that was possible to become recurring. The writers obviously have the discretion to make whatever changes they like as they go. So appeared in the first episode of the season then was blessed to be brought back right in the next episode. Then I appeared in episode six and I’ll start shooting my part in episode eight [out of ten] tomorrow. My character is a resident of the town, Wayward Pines, and he’s happy to be there. Without getting into any spoilers, of course! But some people who are in Wayward Pines are happy to be there because they know what the alternative could be (laughs). 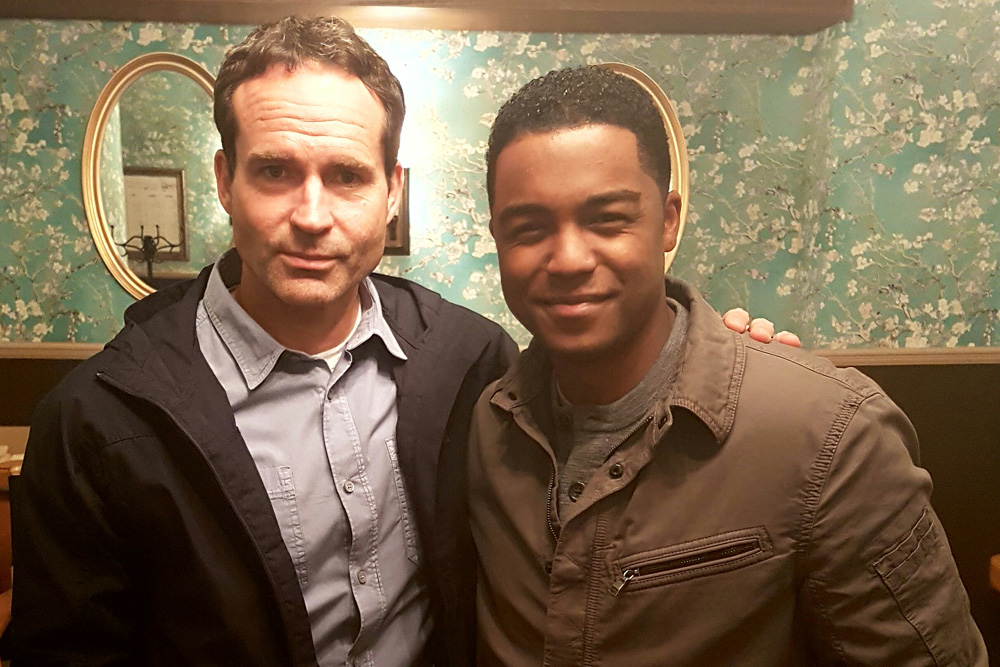 He’s clued into the reality of his situation within the world of the show, then.
Yeah, he definitely knows what’s going on. My character is a happy resident. In the first episode of the season, the lead character, played by Jason Patric, comes to my character’s house and he’s lost, and kind of bewildered, and he says something to me that tells my wife and I immediately that his character has no clue what is going on in this town. This season of the show, you follow the journey of Jason Patric’s character as he figures out what’s going on in the town of Wayward Pines.

Have you been sharing a lot of screentime with Jason?
Yeah! Almost every time I’m on set it’s with him. I’ve had some stuff with [local Vancouver actress] Kacey Rohl in the last episode, she’s fantastic too. It’s really cool to just be around her, she’s really sweet, really funny, and she’s just killing it. I did two Hallmark movies last year, The Bridge Part 1 and the The Bridge Part 2, which is crazy because they were directed by Kacey’s dad. 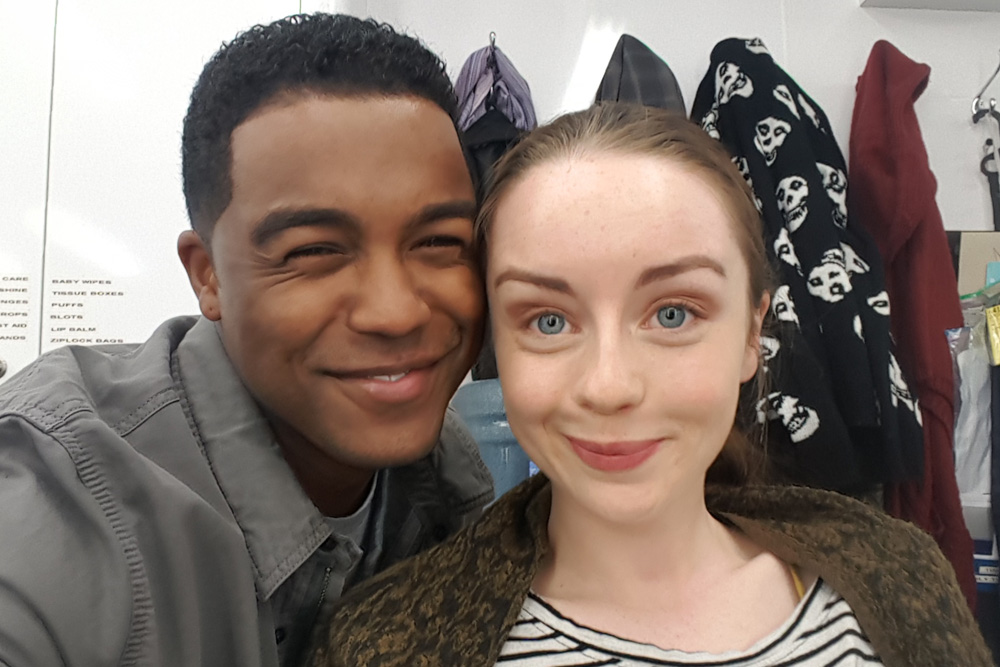 Keeping things in the Vancity family! Have you been working on Wayward with any other local actors you know from the scene here in town?
With the exception of Naika Toussaint, who plays my wife in the first episode, most of them are people that I’ve just met. Naika’s the only person that I knew prior to getting on Wayward, but it’s been really cool to get to know all the other players on the show.

Do the writers and producers keep you abreast of twist and turns coming up in the show?
Not at all. Nope. None. (laughs) Actually, my character was originally written to be killed off on the show! But after an ADR session with executive producer and head writer Mark Friedman, the writers made some changes and I was brought back following the premiere episode. I told him, “I’m happy to be here, I’ve had a great time, you do what you gotta do.” But the next day I had a prosthetic body fitting for my “death scene” but it was called off at the last minute because I was being brought back. I started jumping on my bed and screaming. I don’t know why it happened, I don’t question it, but I am so happy that Mark and the team of writers decided to keep me around.

One of those classic Hollywood twists of fate.
Some other character had to die in the show for my character to still be here. (laughs)

What’s the spirit like among your fellow BC crew workers when you show up to set working with someone like Jason Patric on a big event summer series for a major network like FOX? Does it feel any different than a smaller independent production might?
Working on Wayward Pines definitely FEELS huge. 20th Century Fox does things bigger than any other network I’ve ever worked on. From the table read to every day on set, you can definitely feel the magnitude of their presence. And then you add heavy hitters like Jason Patric and it’s definitely daunting to say the least! Fun, but scary.

What challenges do you face as an everyday working Vancouver actor that some people might not realize?
I’d say a challenge for many actors here is that a lot of times actors will be brought into the room for auditions that we are almost sure will be cast out of LA. It feels like a pity audition but I try to consider it an opportunity to continue to show the various casting directors what I can do regardless of whether that role is bookable or not.

From the perspective of a fan, what are some of your favorite Vancouver-filmed movies or TV shows?
I loved the show Fringe so it was neat knowing it was shot here. But my favorite movie is Superman, so having all 10 seasons of Smallville shot here had me pretty happy. Not exactly sure why, but it did!

What’s your favorite spot to eat at in Vancouver?
My most favorite chef is my Ma Dukes. That woman is a beast of chef and I’d eat her food daily I’d I could! But outside of my Ma, my favorite restaurants in B.C. have to be Chili Pepper House, The Flying Pig and my boy Sean Holland’s “Parlour”.

What’s coming up next for you?
Well I was just blessed to book a lead role in Lighthouse Pictures’ Secret Millionaire where I play a character named Jared. Hoping Wayward Pines continues to bring me back and I’ll be in the series finale of CTV’s Motive, which airs this summer. A movie I shot last year called The Perfect Pickup will also be released in theatres this year!