Gordon White is a local Vancouver actor who plays the Featured Clown (‘The King’) in the touring production of Cirque du Soleil’s KOOZA. Vancity Buzz had the opportunity to sit down with White recently to ask him a few questions about his experience with Cirque and what it’s like to be back in his hometown. 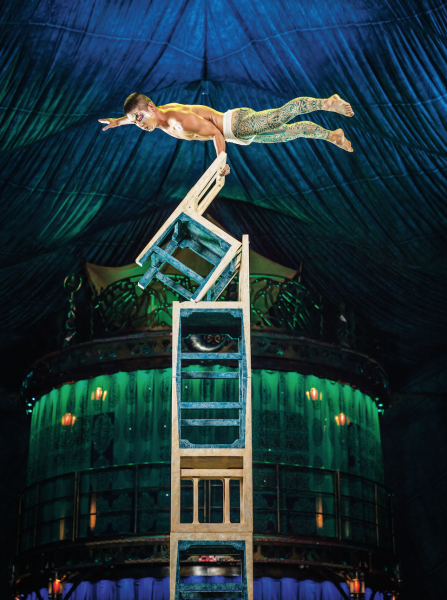 Tell us a bit about KOOZA.

The name, first of all, is derived from the Sanskrit word “koza” which means “treasure box” or “gift”. So the whole set design was built with that in mind. The story is about an innocent character and he starts out in a black and white world. Then, a trickster character arrives in a box and actually his entrance is quite spectacular. He rockets out of a giant Jack in the Box. Everything turns to colour. He leads the Innocent through this whole other world which the Trickster invents and totally controls. But, on the way the Innocents runs into all these colourful, extravagant acrobats, characters, and some funny clowns.

You play the character of ‘The King’ (featured clown) in KOOZA. What role does he play in the show?

He’s the king of the world of KOOZA. The other two clowns are his footmen. So, they’re like the two bad kids. When I’m not looking they’re just totally doing other things but I’m in charge. I’m actually a bigger fool than they are.

Your background is in acting. How did you get into clowning?

When I was a kid I was heavily influenced by physical comedy on TV. I was really drawn to the old films, Laurel and Hardy and Charlie Chaplin. I went to Studio 58, I had the classical acting training, but over the years I was drawn to comedy. It was just sort of something I leaned toward and then things just sort of branch out. I would always try something new, someone would offer a new job and I’d think, ‘Oh, I can do that.’ As far as clown in the circus goes, Cirque called me out of the blue one day. I had my own one man show I did in Vancouver and it got good reviews and someone referred me to Cirque casting when they were looking for a clown for Saltimbanco. I hadn’t done clowning in a circus before but of course I said, ‘Yah, I can do that.’ They offered me that and that was the start of my work with Cirque.

KOOZA is described as “a return to the origin of Cirque du Soleil” by combining the two element of acrobatics and clowning. How does the show marry these two elements?

It’s barebones circus and in your face. The acts are in your face…This show getting back to the basics is the interaction between the acts, the characters, the clowns. It’s that total interaction with the audience. You’re not doing a show for them to just sit back and watch, the audience gets involved with the clowns. We get volunteers up, we call them ‘victims’. But even the acts do a lot with the audience, so it really crosses that line. It’s grassroots. 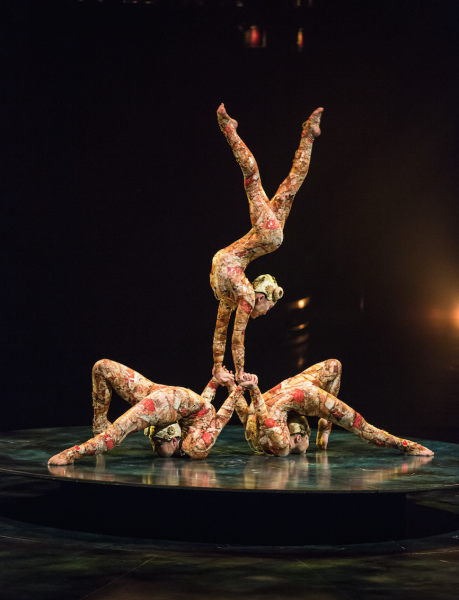 As you had the unique opportunity to be involved in the creation of KOOZA, what did the creative process look like?

It was incredibly fun. David [Shiner writer, director and creator of KOOZA] wanted that theatricality and he knew that it was important to have the house troupe and the clowns, the acrobats, everyone needed to work together. There was about three days a week that we had a ‘jeau’ which is French for ‘game.’ Everybody would meet in the one big studio and all we did was play games. Everybody was an equal. The camaraderie just went through the roof from day one. Everybody knew each other, everybody trusted each other, everybody had a good time. The whole creation was total fun.

As this is your return to KOOZA after being with Varekai for six years, does it feel different a second time around?

Just material wise. Since I left, the show has evolved, as all things do. Some acts come and go, they rotate out. Elements are different, although the basic structure is the same but it’s slightly different. It took some adjusting but now it’s just back to having fun again. While I’m doing the show, that’s my main thing, I’m in the moment.

What makes KOOZA unique from other Cirque du Soleil shows?

I think the ‘in the face’ and ‘on the edge’ elements set it apart and that we really involve the audience. A lot of Cirque productions are poetic and smooth. The music of KOOZA as well is on the edge. It’s a unique blend. It’s not one style of music, it’s mixing Western pop and standard Indian music. There’s six musicians and two singers and the singers are amazing. The band leader plays six or seven instruments. Some of it has this Indian feel but it’s not Indian music. That’s getting back to the ‘koza’ Sanskrit which is a Euro-Indian sort of theme. 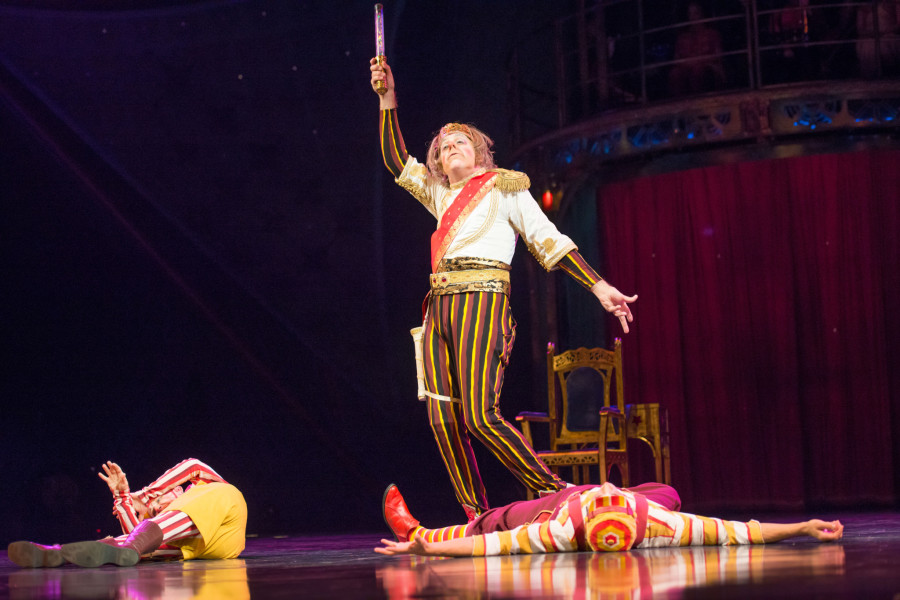 Here is a video preview of Cirque du Soleil’s KOOZA: