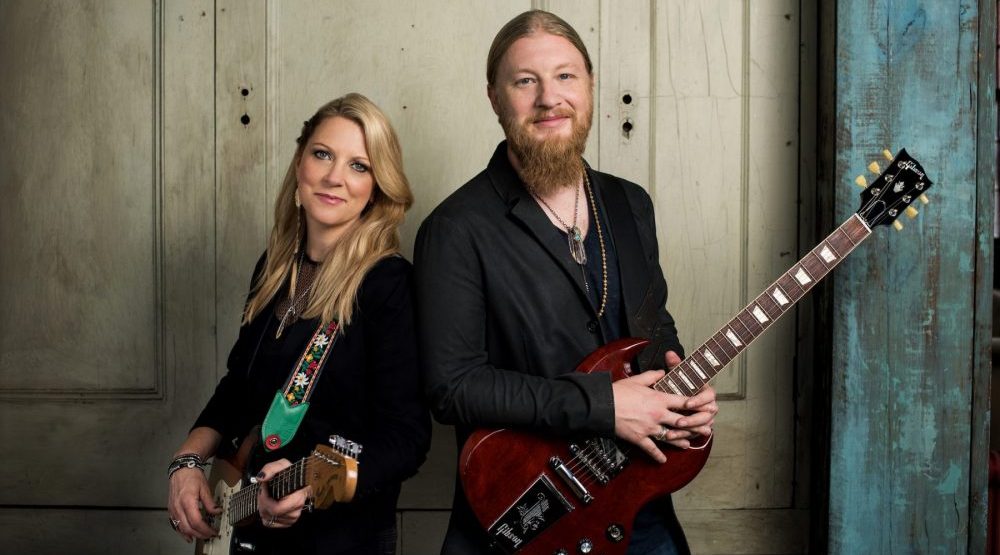 Susan Tedeschi is coming to town after a multi-year hiatus away from Vancouver. Three? Four? She can’t remember how long exactly, except that it’s been way too long. As one of the premier vocalists of modern roots music, Tedeschi’s 20-year career has put her in the spotlight many times, on countless festival stages and concert halls.

Except, for Susan, this time it’s personal.

On the phone with Daily Hive, Tedeschi answers with a hint of hesitation: “Susan Tedeschi… or Susan Trucks.” This mashup is at the core of Tedeschi Trucks Band, which is headlining this year’s TD Vancouver International Jazz Festival.

Comprised of twelve musicians including both Tedeschi and husband Derek Trucks, the band has just released their third studio album, Let Me Get By.

The latest studio effort is the culmination of veteran musicians at play. “We did everything in-house – everyone was involved in some way on the writing.” The album was recorded and produced at the affectionally-named Swamp Raga recording studio, which was built from scratch next to the couple’s Florida residence.

For the first time in the band’s existence, there was a sense of unbridled freedom in bringing together the right mix of artists and collaborators. “It felt great not to feel the pressure when you have a producer or label involved. Sometimes we’d spend the whole day working on one song.” 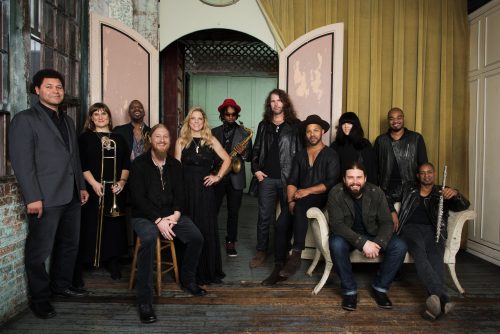 While the rhythm has been steadily developing over the six years of the band’s existence, you’ve got to wonder about the numbers. I asked Tedeschi how she made it work financially with a full-time, 12-member band. “Honestly, we’re not making a lot, but we know how to budget.”

The couple’s long solo careers have helped on this front, laying the groundwork in many markets and fan followings. Tedeschi says the finances work due to the common goals and dreams among the members. “[It’s] not super easy, we have to tour a lot to make money. We all have kids and lives – it’s pure hard work, talent and sweat.”

Also, she notes matter-of-factly, that they “got rid of all the rockstars earlier on.”

There’s maturity at the helm of this powerhouse team, but also a surprising amount of vulnerability. Tedeschi recounts the one and only time she lost her signature voice, after stepping off the plane in Australia. “It was the perfect storm of events: jet-lagged, off schedule, third straight night of performing. We had rented three fog machines, and they were dirty. We were playing inside an old, mouldy theatre. Suddenly I couldn’t breathe, and I had tears coming down my face.”

Tedeschi, along with the group’s other vocalists, all lost their voices at the same time. She remembers telling the audience in a panic: “This isn’t right.” Husband Derek Trucks was quick to reassure her that they would make it right – and with the verve of seasoned professionals, Tedeschi Trucks Band was able to improvise their way to another great, if unconventional, set. 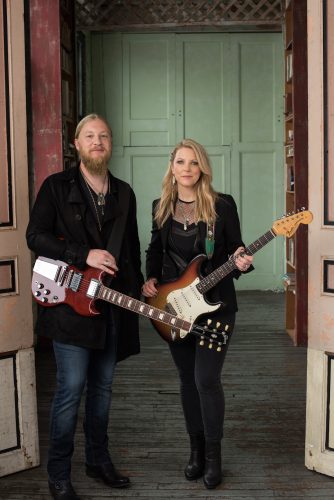 Tedeschi’s rough, heart-tugging vocals have always been the highlight of her career, but these days the singer is revelling equally in the talent around her. “I used to be more of a control freak… but now I live an amazing life, able to create music and see the world together with amazing musicians.”

Learning to let go means less pressure and more freedom to focus on her own contributions. “Anyone at any time can lead… and Derek is such a natural leader, and has been on-point since day one.”

This newer side of Tedeschi as singer-first, frontwoman-second, came across as she answered our oddball question: “If you could only perform only one song live ever again, which one would it be?”

Tedeschi thoughtfully considers, then discards obvious contenders like “Midnight in Harlem” and a well-known cover of Leonard Cohen’s “Bird on a Wire” — songs that best demonstrate the singer’s own vocal mastery.

“In the past, I was more selfish with me singing on a song,” she reminisces, before ultimately settling on “Don’t Know What it Means” from Let Me Get By. The song involves the entire Tedeschi Trucks Band and represents the artist’s current relationship with her music: “It’s a group song where everyone, including the audience, gets to sing.”