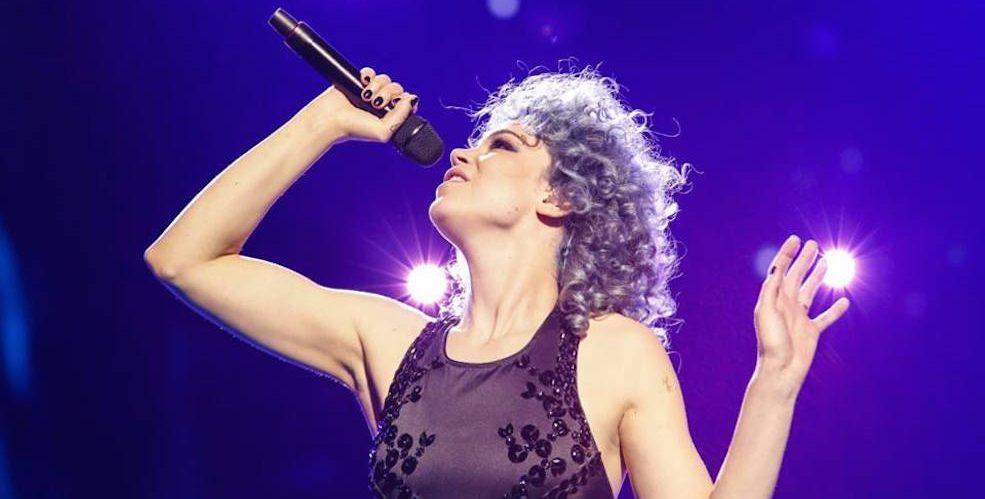 Electro-pop artist Rykka has just finished filming the music video for her new single, “Bad Boy,” in Vancouver. The track is the first release off her forthcoming sophomore record and Rykka, who splits her time between here and her other homebase outside of Zurich, has spent the last couple of days in the Coquitlam woods with a fog machine in “a war” with herself.

“I feel like the bad boy in the video was kind of somehow in myself,” Rykka, born Christina Maria Rieder, explains, adding that the song’s lyrics also match the nature of the visuals in that they represent past relationships that weren’t good for her. She has ultimately won the battle (her husband is “more balanced and it’s nice,” she laughs), but it’s still a fun theme that pairs well with infectious dance groove of the anthemic track, as well as the overall feel of her latest effort.

Titled Beatitudes and set for release this fall, the album is decidedly more personal than the BC PEAK Performance Project winner’s 2013 debut, the conceptual Kodiak, on which each song was written from an animal’s perspective. For Beatitudes, Rykka took inspiration from her own experiences and surroundings, writing a large bulk of the songs at the shared, stove-heated farmhouse she lives in when she’s in Switzerland. “We’re all artists in that house,” she expands, referring to her roommates, “but there’s a lot of rich people around as well, so I feel like being kind of an outsider in your community a little bit is also a theme that I work with.”

Despite constantly moving between Canada and Switzerland, Rykka has always maintained that she identifies strongly with both her sides (Swiss by way of her father) — a duality that allowed her to compete, and make it as a semi-finalist, at the 2016 Eurovision Song Contest. Her song, the triumphant ballad “The Last of Our Kind,” was also perhaps the first time fans heard her move into poppier sonic pastures. Beatitudes continues driving forward into that warmer direction with its straightforward, electrified sound, while retaining the sharpness of Kodiak’s alternative elements.

“I love pop music,” Rykka says, citing the Spice Girls as her first concert, ever. “I was raised on pop music and it’s nice to just try and simplify things.”

Fans will get the chance to play with Rykka’s sound, too, through a remix contest for “Bad Boy.” Rykka has hosted such challenges before, for Kodiak’s “Blackie” and “Electric,” and the creativity that emerges is something that never ceases to amaze the artist. “I think that’s one of the reasons why we wanted to have the remix contest,” she enthuses, “to see what everyone can do.”

The grand prize contest winner will be chosen by Rykka and her Swiss label, Little Jig Records, and receive €250 cash (about $360 Canadian) as well as have their work featured on the single’s official remix EP.

The contest is open now and closes on August 28. Find more information on how to enter here.