NY Stylist George Brescia, known within fashion as George B Style, was in attendance for the Vancouver Web Festival, for which his show, Dress Up! with George B Style was nominated and ultimately took home the award for Best Reality Series.

We sat down with George Brescia at the Granville Island Hotel to discuss his work within fashion and the Broadway theatre scene, his book “Change Your Clothes! Change Your Life!…. because you can’t go naked” and his new Stage 17 web series. 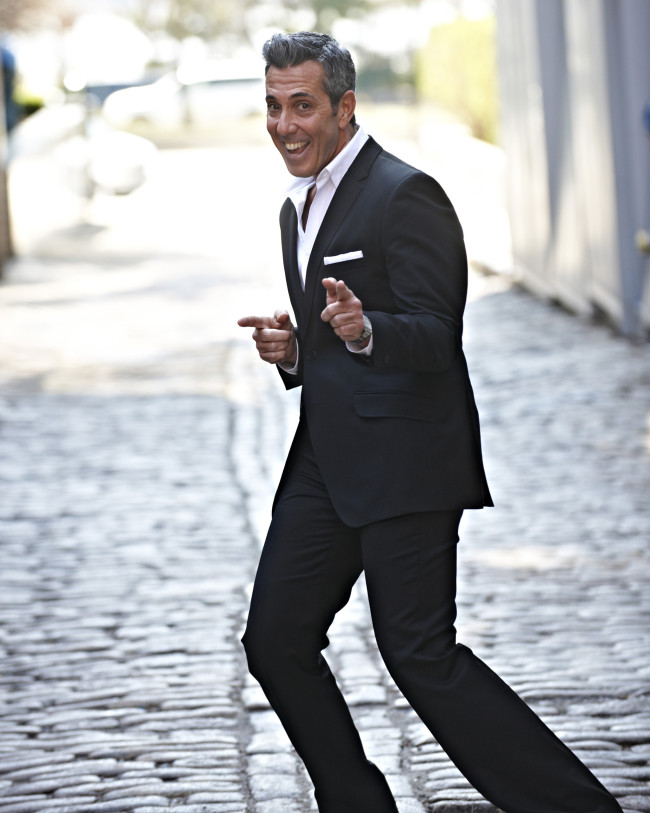 Though you are a well known brand and image consultant today, what were some of your early inspirations for both developing your personal style, but also just finding interest in fashion?

When I was growing up, my mother had a clothing store in West Hartford, Connecticut. Her love for fashion really interested me, and so my early inspiration really came from her, and it had a way of making me feel good.

When did this become more serious for you? When did you start thinking of a career in fashion?

I had gone to college for communications, and also had a Minor in Theatre, because I just really wanted to be on Broadway. I was coming home to Connecticut after graduation, and there happened to be a Polo store opening at the mall in my home town. I started working there, immediately after having graduated from college, and ended up being with Ralph Lauren for 12 years. I worked my way up the company, traveling the United States, and became Vice President of Women’s Merchandising.

I eventually left Ralph, and went over to Tommy Hilfiger, and ended up working on the other side of the business – showrooms and whole sales, and became Vice President of Creative Services. When I eventually left Tommy it was to pursue my acting – my singing, and dancing. I did that for a while, and it was amazing – performing in New York. I ended up deciding that I wanted to bring together what I was doing with my acting and performing, and blending it with my experience in fashion, develop that for television.

I became a style expert on television, working with NBC, CBC, FOX and working with NY 1 doing the Tony Awards. That went really well, and soon I was getting to work with more and more networks, and that momentum helped develop my brand.

In an expansion of the brand you have developed, you wrote a book. How did that process come about, and what were you aiming to get across?

Yes, I got the chance to write a book “Change your clothes! Change your life! Because you can’t go naked…”, which largely encompasses how I work with my clients. I think that when someone sees you, they develop an image or story in their head. I did it to you, and you did it to me. And so we want you to be seen by the world exactly as you wish to be.

I first took note of this when I was working with my Broadway clients because when the doors would open and they would audition, the casting directors would often seal their fate purely based on the way they looked. Just like that, it would be over. You might be able to act and sing, and sure the occasional amazing performance might sway them, but basically the essence of them seeing you in the role came down to how you walked into the room, and how your looked.

And this happens in life all the time. Whether you are meeting a friend for coffee or going on an interview, you are required by law to wear clothing. And I think it should be the clothing that says to the world exactly what you want it to say. I call it Conscious Dressing.

In the book I talk about the fact that you should have a closet full of 10’s, so that when you pull something out of your closet, it is in the right colour, and right length, and you look and feel amazing in it. So the book has become a great platform for me to help people discover this and the best of themselves.

With regards to that message, you have your own web series now, Dress Up! with George B Style. One of the interesting aspects of the show, is that you work with your clients both onsite in stores, and then follow up at red carpet events and so forth, but also in their homes, such as the episode with Shuler Hensley.

Oh I loved that episode. Hysterical! Can you believe that [during the episode] I sung the Tony award-winning song with him, that he won the Tony for? * Editorial Note: Hensley won the Tony for his performance of the song in the play Oklahoma* The little duet was even his idea. We started talking about his house, and ended up breaking into song. *Editorial Note: Following this, George himself, with perfect pitch, broke out into a few lines of the song.*

But yes, this show has been so much fun for me. I was already dressing a number of these Broadway actors anyway, and so when Stage 17 came to me and expressed their interests in doing a series on this – following me and showcasing how I work with my clients, and just how we have so much fun helping them get dressed up – it was a perfect fit. When these actors are in costume or performing, they are in character, and so when we ask them to show up to parties or premieres as themselves, that can be incredibly daunting. For certain actors in the Broadway community, when they inhabit characters, that really takes them over – they have spent so much time developing into those personas.

The women in particular make huge transitions. Look at the musical Gigi for example – period costumes, huge long gowns and wigs. And so now these girls are going to show up on the red carpet, and the opening night party, and they want to dress up. But usually the stars can be kind of shy, and so I get to work with them, and express to them that this is their moment, and a chance to showcase themselves, particularly because they will want to land more work after this performance. Much of it is getting them to own themselves, and who they are when they are on the red carpet. Some love that, but with others I need to work closely with them and be very supportive – and we see that in some of the episodes. 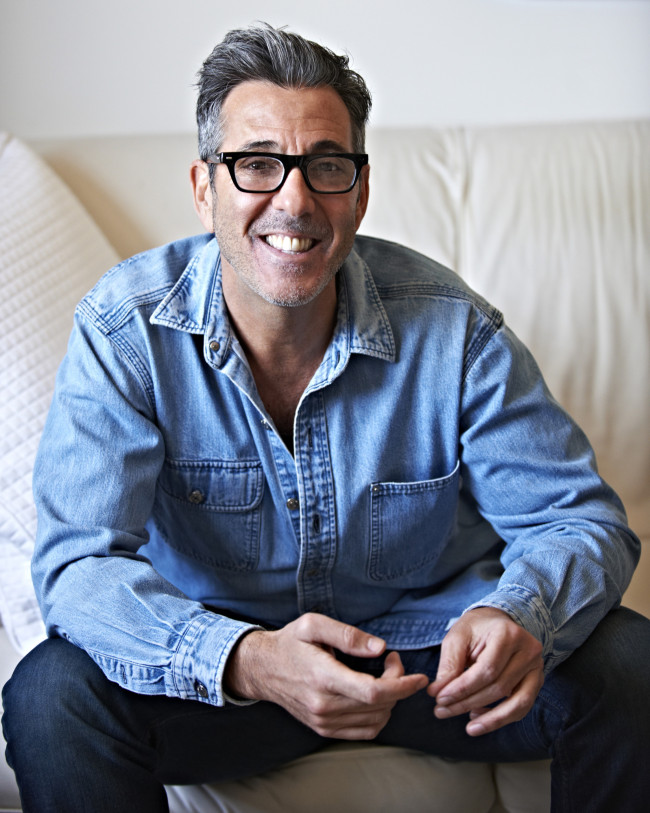 Do you find there to be a big difference in between dressing women and men?

With the men, what I find interesting is that whether they are Broadway actors, film actors, or business executives, having their clothing fit them properly is challenging – largely because they wear it too big all the time.

I actually just wrote an article about this, and about how their clothes are usually ill-fitting. These men have only pulled it together because their wives have pressured them or have even shopped for them.

Fashion for a long time was largely female-centric, but it is no longer ok for men to hide behind that.

Absolutely – that is hugely important now! I feel that over the last few years men have really jumped into the world of style. They have great bodies, great haircuts, and now great looking clothes. I think stereotypes really affected this for a long time – with men that are straight being afraid of being considered gay or whatever if they dressed better, and took more risks. But this has thankfully gone out the window.

Trends can change fairly quickly these days, and a lot of stores obviously jump on to that particularly in regards to targeting young consumers. What are your thoughts in regards to “fast-fashion”, cheap and disposable, trendy clothing that can be found at H&M or Forever 21, for example?

I would look at it from two angles. I love stores like H&M and Zara, and I think they are great for what they do. I do find however, that my clients that actually look good in that type of clothing – fast-fashion – are usually fairly young. When you are young, your body is in shape  and your totally rocking it, you can put almost anything on. When you get a little older, I would instead recommend going to those stores and picking up accent pieces here and there, that can be brought back and used with your regular wardrobe.

On the other side of that, I don’t believe in trends. Don’t get me wrong, I know what they are, and I talk about them and do segments on them, but in terms of living by them, I don’t believe in that. I should be all about what you look good in, and when you know that, shopping becomes a very different experience. When you go shopping each season, because you know what works for you, “trends” automatically happen. You will go into a store, and pick out that which will actually look good on you.

I think it is important to note that wearing something that is out of date is going to denote you as well. Walking into an interview at a top law firm for example, wearing a pleated pant and a really wide lapel jacket is going to say a lot about you. Just something to keep in mind.

Special thanks to Executive Director and Founder of Vancouver Web Fest, Suzette Laqua for helping set up the interview, and to all those at VWF for showcasing the wonderful highlights of the web series genre, and bringing together content from around the world.