Vancouver-born actress Emmanuelle Vaugier, recognizable as Mia from Two and a Half Men and The Morrigan from Lost Girl, joined the cast of Mistresses this season as the mixologist Niko.

Mistresses is a saucy drama following four women as they navigate life and love. The production moved to Vancouver to film Season 3 after having filmed the first two seasons in Los Angeles.

It seems you like to play characters with a bit of edge or spice to them. What is it that attracts you to these roles?

“Sometimes it is the nature of what is offered to you and what you’re asked to come in and read for, but on the other hand it’s fun to be bad. It’s more fun than being nice. There’s more to explore I think. You get to be naughty and have a little bit more fun, I think. The darker sides of characters and things are interesting to me.”

What do you hope audiences take away from watching you as Niko?

Niko is a thorn in Joss’ side. Can you talk a bit about that relationship?

“I come in as the new mixologist at Wunderbar and Harry is part owner/head chef there and I’m flirtatious with him and I start to stir the pot a little bit and I kind of drive a wedge between Harry and Joss.”

“Right now my existence on the show has really revolved around the restaurant and Harry and Joss. I’d like to see her interact more with some of the rest of the cast and see how that plays out. Get more rooted in that world.”

Would you like to talk about your fundraiser, ‘The Fluffball’?

“I have my own 501C3 non-profit and we throw an annual cocktail event to raise money for various animal rescue organizations. This year we have our event coming up on October 3rd in Los Angeles, and it benefits the Animal Hope and Wellness Foundation which deals with severe abuse cases, mainly dogs.”

Are there any particular shows running right now, besides Mistresses, that you would love a chance to work on?

“I love The Americans. Blacklist I thoroughly enjoy watching as well, that’s my guilty pleasure, and Orphan Black. I’m a big fan of Orphan Black.”

Anything else you’d like to say to our readers? 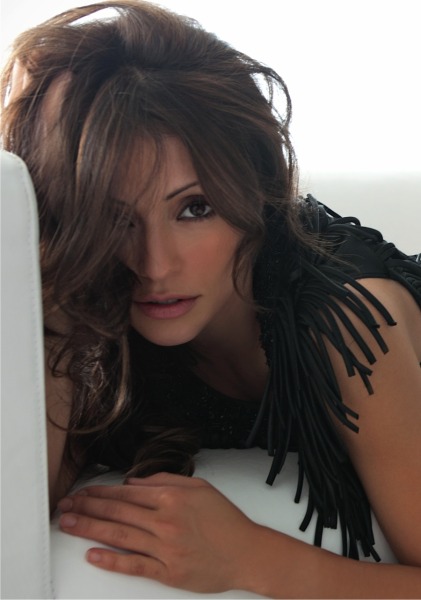