When the filmed-in-Vancouver series Arrow begins its fourth season this fall, a fresh local face will make her first appearance as Oliver Queen’s new (or perhaps old) love-interest.

Elysia Rotaru, a Vancouver native who earned a theatre degree from Simon Fraser University, will make her debut alongside Arrow series lead Stephen Amell in episode two of the series’ fourth season (October 14). Details around her character are extremely hush-hush, but fans of the show will get their first clues tonight when Arrow premieres on CTV at 8 p.m. PST.

After brief stints on other popular television shows like Motive, iZombie, Backstrom, Supernatural, Fringe and Smallville; Rotaru says she wasn’t all too phased when she landed the role on the CW’s biggest series, mostly because she has worked on almost every show shot in the city since she started acting professionally in 2008.

The 30-year-old actress sat down with Vancity Buzz to discuss everything from landing the biggest role of her career to date to her favourite things to do in Vancouver. 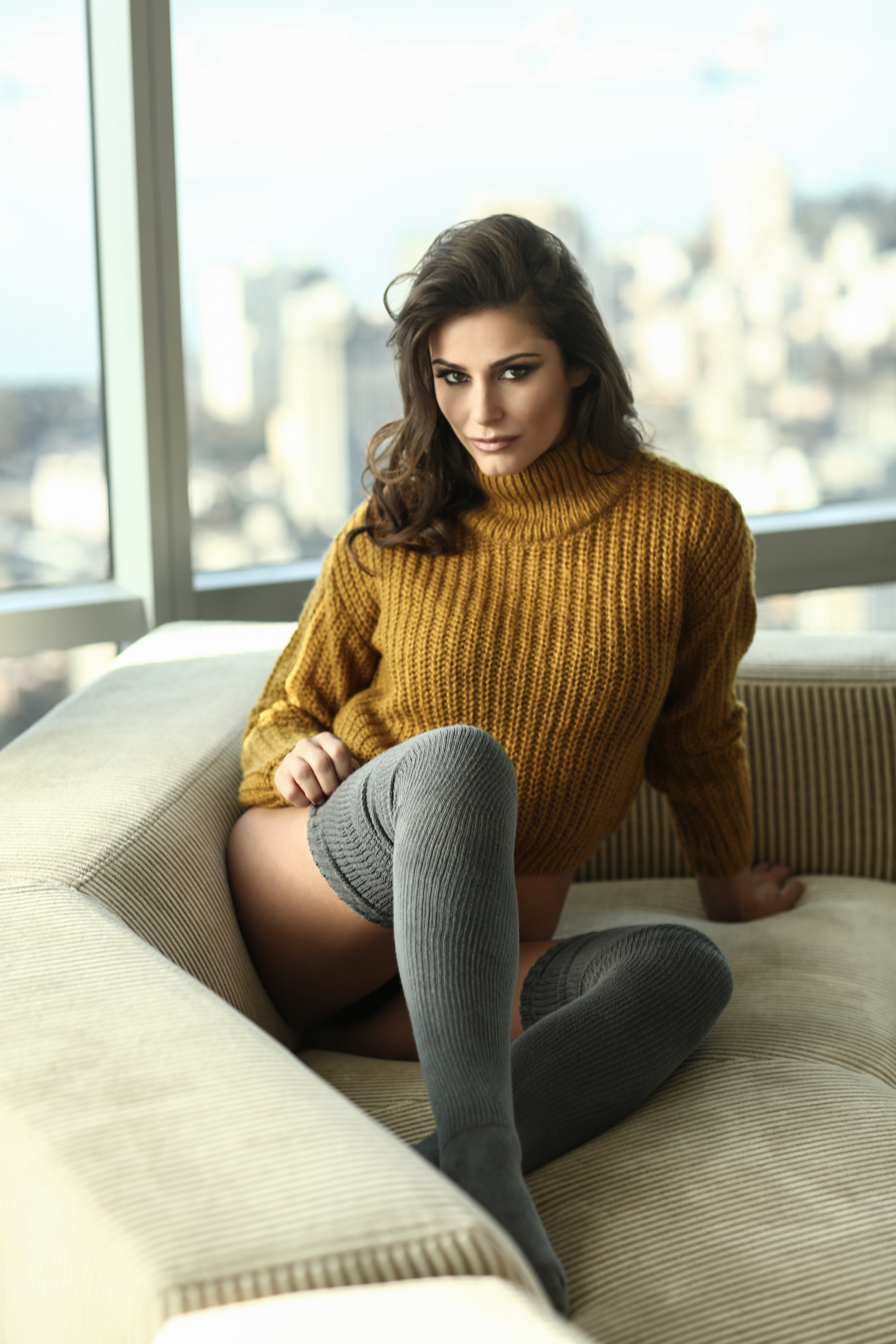 How long have you been acting in Vancouver?

I have been professionally working the circuit since the end of 2007, beginning of 2008. That’s when I really started booking work, and yeah, haven’t stopped.

Is that something you always wanted to do, growing up here?

Yeah, so it’s weird. I did my degree at SFU where I was studying psychology and then in my second and third year I was like “I hate psychology” and I started to ask myself “why am I here right now?” So I made a switch to a theatre degree.

When I graduated with my theatre degree, I didn’t actually think so much that I would do film. I was going to do theatre and be on stage, but then that didn’t happen. Theatre is really hard to maintain a lifestyle, especially in this city. But you don’t learn those things until you get out in the workforce in life. They don’t have a class at school that’s like “Life 101”.

So it was really shocking. I finished my degree, I went out and I was modelling. I was always invested and involved in that ideal in the city of being in front of a camera and then I didn’t know where to start. I actually got scouted by my first agent’s brother. He wanted to go on a date with me and picked me up at this medical office where I was working and then he hooked me up with my first agent. So it was like really magical. And then it just took off. Even then I didn’t really know what I was doing.

So you didn’t always know you wanted to be an actor?

I did, but not at the level I am doing it now. I’ve always wanted to act and perform, but I never really started to manifest and mold the dreamscape of what I really wanted to be doing specifically.

That’s something I’ve been working on with me team, helping me be more specific. Like what exactly are we trying to achieve here. There are so many avenues. I knew I wanted to perform, I knew I wanted to entertain, I knew I wanted to make people uncomfortable and have fun doing it and push boundaries, but I didn’t really see how I was going to do that. And then doors started opening, really quickly. Like almost too quickly.

When I landed my agent, within a month I was flown down to Universal Studios to test for 90210. I’m kind of happy I didn’t book that project in a way. I didn’t even know what a “mark” was, or what “camera left” was. I was so new.

It sounds like it was meant to be for you.

Yeah. In hindsight, and even now, with the career I am still building, I am still trying to ride that wave and see the current and see where the undertow is. I’m trying to find that smooth path in a way, but you know, I’ll hit whitecaps here and there. I didn’t really start manifesting what my career should be until a few years ago.

And was that when you started getting a lot of roles in locally shot TV shows like Supernatural?

Yeah, and then a lot more. Like my voice-over career hooked up and I was like “Bam! This is so what I want to do!”

Tell us about that. What kind of shows did you do voice-over for?

I do a lot of commercial work. You probably hear me on the radio, and I am the voice of the Evo cars. When I met my voice-over agent, I was like “I want to take over this city”. Like I want to be the f****** SkyTrain voice. I want to be everywhere in this city and I don’t necessarily need to be plastered up on a TV.

All these local Vancouver or B.C.-based things I love booking. When I get a call, I’m like “Yes!” 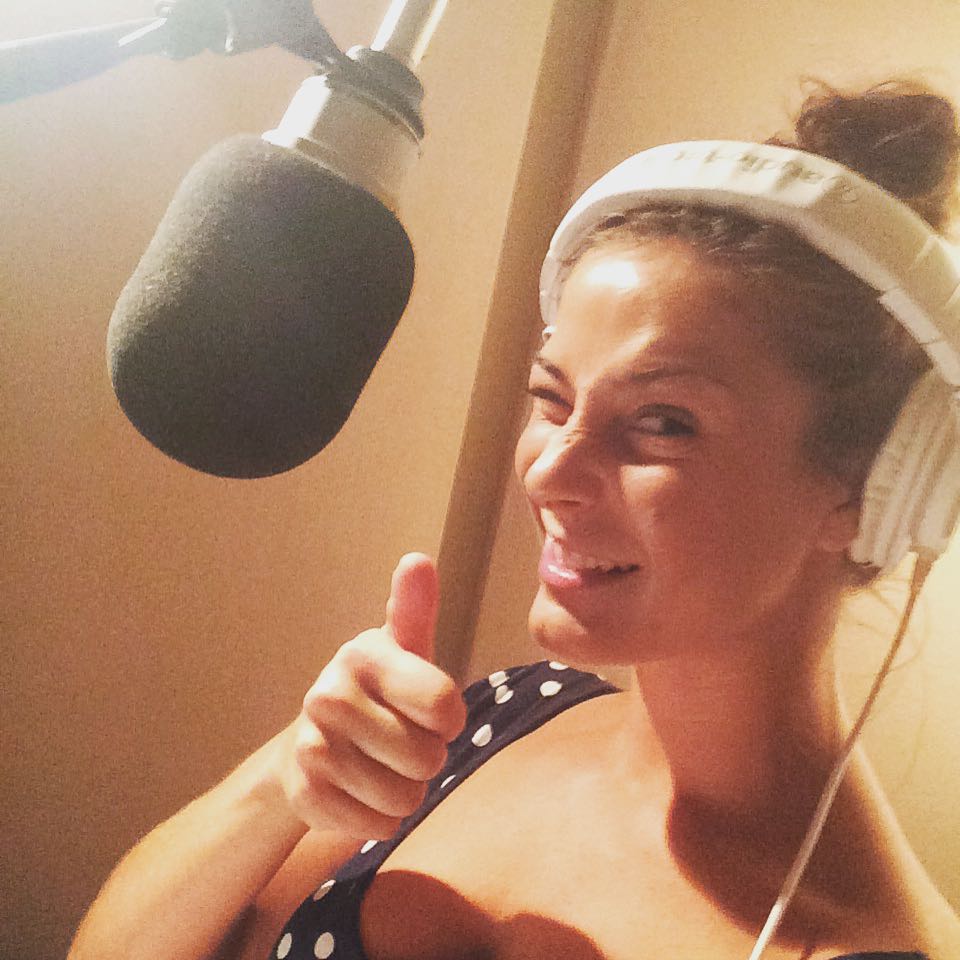 So Arrow is one of The CW’s highest rated shows. How did you feel when you first found out you were going to be on that show?

Like kind of how I feel right now. When I booked this role I was teaching at an acting studio that I teach at in the city, and I got the call and literally was like “oh, great, thanks.” I hung up the phone and then went back to my class. I just thought it was another booking, because I’ve worked on almost every CW show that films in Vancouver and every other possible show in Vancouver. I didn’t really hit me.

And then when the news came out, I was like “what?” It’s such a big show that they don’t really tell you anything. That’s what I am still learning now. I just got a note for when I go back to set again just now and I go back in a couple of days.

So did you even know what your character was when you booked the show?

I knew vaguely when I went in for the read, and I think the reason I’m really happy about this is because I went in and just went almost opposite of CW and what I would usually play on The CW. Like I went into the audition with no make-up on and I put coconut oil in my hair.

But you’ll see why when the show starts up. I made a creative choice to do that kind of work.

I love working for that network. They’re here, they’re great and they’ve always been wonderful. But this is now a little bit more exciting.

Do you know how many episodes you’ll be on?

We don’t, and that’s the thing. It’s kind of the exciting part too because my agent will literally get the call and we’ll have to rearrange everything.

And because everything in TV changes so rapidly. Scripts go to shoot and then they get changed on set, and it’s like “Oh we need another character or we don’t need this person anymore”.

And that’s happened to me before, where I’ve literally been called to set like two hours before the shot because the director needs somebody.

What about your expectations?

So Marc Guggenheim, who is the showrunner, I read that he said season four is going to have the best flashback story ever. Which clearly you’re going to be a part of, because that’s your character. Can you give us any hints about your character and what you might be up to?

I really don’t know what my character is up to. She’s a great character, and that’s all I can really speak to. It’s a fun role for me to really dive into and explore for my craft and from a creative standpoint. It’s a nice challenge to me as an actor. I think for the storyline of what’s happening in the world for Oliver Queen is going to ignite some fun things. I’m pretty excited to tune in.

So you were a fan before you became a part of the show?

I’ve been a fan but I haven’t really been able to watch everything. I’m a fan for a few reasons: he [Stephen] is Canadian, that’s always cool. And it’s one of the shows that I find is gritty enough. I feel like Arrow is pushing that edge of what is filmed in a really interesting way or even the costumes. There is that air about it that is really dark. I’ve always loved that.

As a viewer of the show, which direction would you hope Oliver’s storyline would go in this year?

Every direction! I don’t know. Go Felicity. But I honestly do not know. 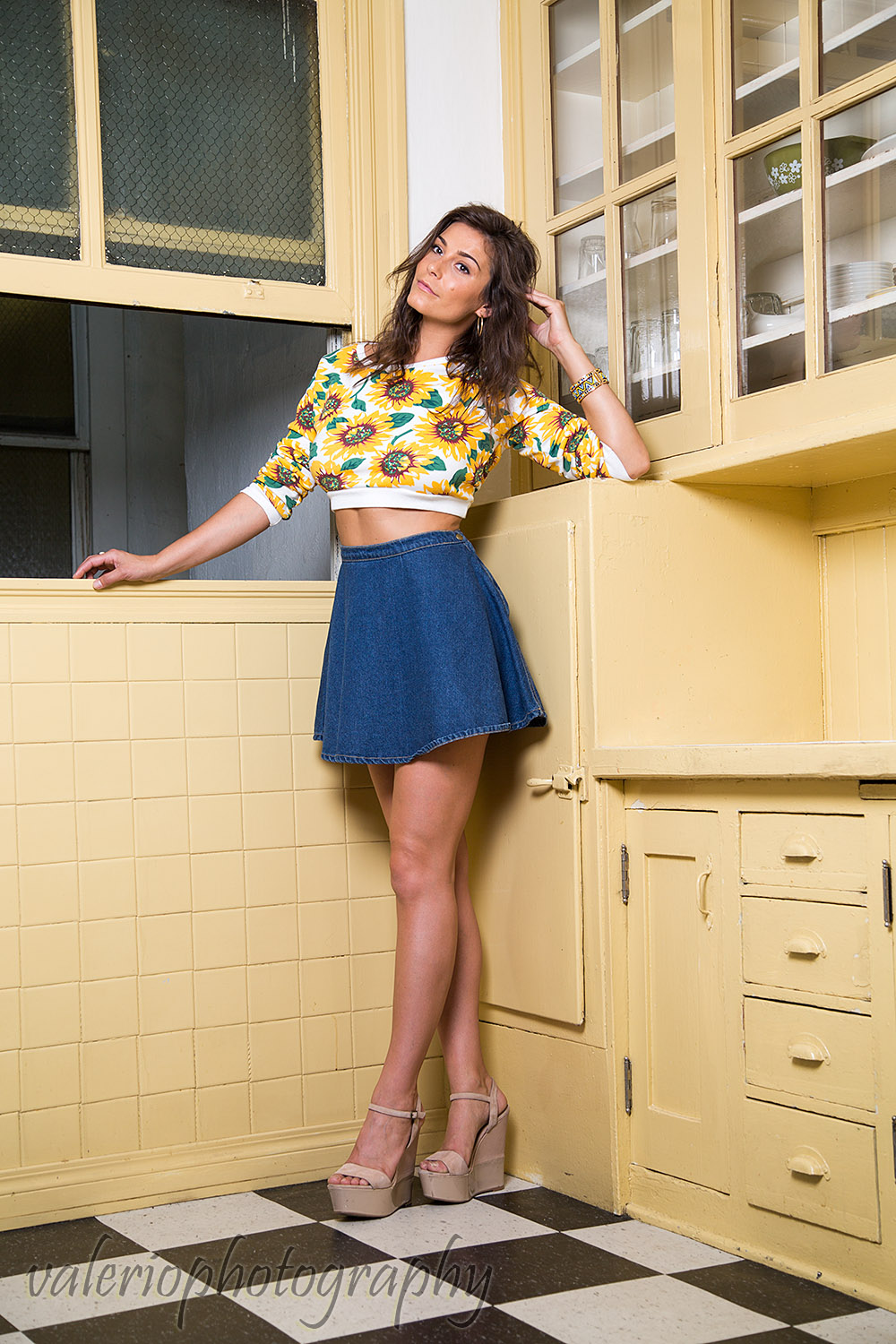 Are you preparing yourself for all the fame you are about to get, especially on social media?

It’s been really interesting. I haven’t had to adapt much because it’s not like I was posting anything ludicrous to begin with. It’s been funny, like there has been speak of actors losing jobs sometimes because they don’t have enough Twitter followers.

You have a friend who works on a big show, Shay Mitchell on Pretty Little Liars. The stars of that show, those are four actresses whose social presence has just exploded beyond what the show even allows them to have.

[Shay Mitchell] works her butt off. That’s why I adore her and why I look at her for a mentorship in a way. I know what it takes to do that work now that I’ve been around it. The tenacity, the daily work, is amazing.

I think people on the outside don’t really know how much work goes into managing your social presence when you are that big. We just think they’re just lying on the couch bored and decide to throw something up on Instagram.

She absolutely lies on the couch, but she’s not bored. It’s active and constant work.

Stephen [Amell], when I met him on set the first day, we had a talk about social media and he gave me all this advice. Because he’s a lead on a CW show and he has a family, he has to know what he’s doing. I just always try to function with the idea that I don’t want to deviate too far away from who I am.

So it’s time for a couple fun questions. What’s your favourite restaurant in Vancouver?

I love Tavola in the West End. I just love carbs and I love meat. I love Campagnolo, Ask for Luigi and The Acorn. They nourish my soul at 10 p.m. at least once or twice a month. I love cooking, but I also love eating out and every time I go out I go to a new restaurant I’ve never been to.

What are your favourite things to do in Vancouver on a Saturday?

I love hiking Lynn Valley canyon or going up the Baden Powell trail. This summer I was going to hop on a plane and do a tour of Vancouver. I’ve never really done the tourist kind of stuff and so I’m trying to do more of that. Like I rented a kayak the other weekend. I’ve just been trying to enjoy the city more from an outsider’s perspective because don’t have a lot of time to go away for a few days so I’m always looking for stuff I can do for just a day.

I’m an avid stand-up paddle boarder too. I have lists, like trying to learn how to sail and get my motorcycle license. Go to the gun range. Stuff like that.

If you could have played any role in any shot-in-Vancouver show or movie, which one would it be?

I would have loved to be on Stargate as an alien. That was the one show I never got to work on because I started when it was finishing.