It’s only a matter of time before Ed Sheeran becomes an international household name if the stats are anything to go by.

New album ‘x’ (pronounced ‘multiply’) debuted at #1 worldwide from here in Canada right through to Europe and down under Australia. In the U.S., the record debuted at #1 with the biggest first week sales for any pop album this year, and in his homeland of the UK it matches James Blunt’s Back to Bedlam as the longest running chart-topper by a male solo artist (eight consecutive weeks).

He also had sell-out shows at Madison Square Gardens, a duet with Elton John at the 2013 Grammy Awards and a performance at the Closing Ceremony of the London 2012 Olympics. He has also collaborated with Pharrell Williams, Snow Patrol and Taylor Swift.

Altogether, it’s not bad for a 23-year-old choir boy from Suffolk, England.

Sitting down with the talented flame-haired lad is like sitting down with an old friend rather than a chart-topping artist, except that your friend happens to stay in a swanky suite downtown by the Waterfront.

“What happened to your phone, man?!” he points as I pull out my cracked iPhone to record the interview ahead of Ed’s Ambleside Park, West Vancouver gig.

With around 12,000 fans making their way over to enjoy Ed at sunset, Vancity Buzz cosies up to talk about the new record, joke about his dress sense and put straight rumours on Courtney Cox’s wedding. 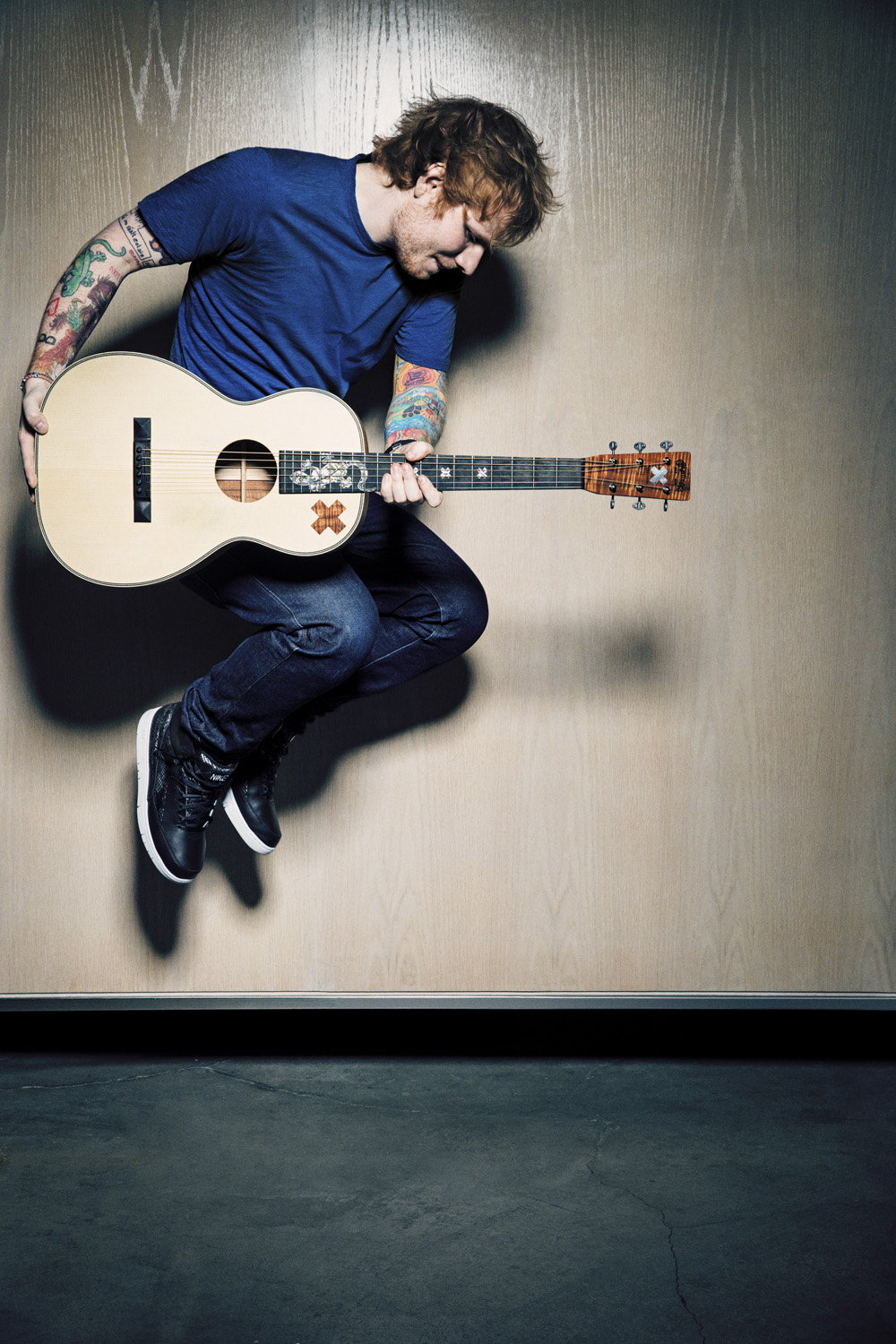 You’ve been to Vancouver a few times now; have you discovered any favourite hang-out spots already?

Multiply is your first Canadian number one! With the first album being such a huge international hit, were you under a lot of pressure to match its success and did you expect it to actually exceed that?

No, I didn’t expect it to exceed it but I wanted this to match it. There was a lot of pressure to match it, no one thought it would exceed it – everyone kinda wanted it to do ‘alright’. But the fact that it’s done better and is continuing to better is really cool.

The first album was called Plus and the new one Multiply. What do you think our chances are of becoming rich if we placed our bets on the third being either Subtract or Divide?

You’d probably loose your money…the next record is actually a collaborations project!

I kind of want to do what someone like Lil Wayne has done, with album titles where he will do Carter I and Carter II, and then he will kind of do another title that’s really random and then do Carter III. I still want them to be in the same series but I do want to stick in random titles now and then, just to throw people off.

Yeah…but I’m only in a five album deal so you never know! (laughs) 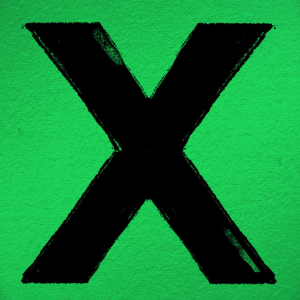 Similarly, if you were to bet on the title of Adele’s next album, what would it be?

Thinking Out Loud is my favourite on the album and a huge stand out according to the fans. Is it true you have decided on the next single based on their feedback?

It was always going to be the third single, it was always going to be the song that leads into Christmas just because it’s one of those songs. That song has been top 20 for eight weeks in England with no radio play, it’s really weird. I can’t wait to see what happens when it actually does get radio play, and were shooting the most difficult music video that I think I ever will do or have done.

So you’re actually in this video?

This is the only one of the whole campaign I will be in!

You had a stammer at school, how did you overcome it and does it affect you at all now as an artist?

I guess so now and then it happens when I’m under pressure really. In interviews if someone continues to ask me a question that makes me a bit uncomfortable I will stammer. I think it’s just a pressure thing. It’s weird as it’s not a stammer anymore… it’ll be more a certain word that I can’t get out and then I’d just choose a different word.

You’ve been nominated and have won countless awards from Brits to Grammys. What’s the most random Award you’ve been up for?

I won Worst Dressed by GQ in 2012 – but at least I won, man! Coming second in something like that is probably the worst because that means they haven’t put any thought into it, so me winning was them being like he doesn’t dress very well he MUST win but if you’re two or three they’ve looked at your outfits and they’ve gone, mmm not sure…

Have you ever won best hair?

Yes! At T4 Stars I won Best Hair. And I won Friendliest by Heat magazine. My mum won Caner Of The Year in The Sun. Not that she’s a caner, she just got really drunk once and people saw her. 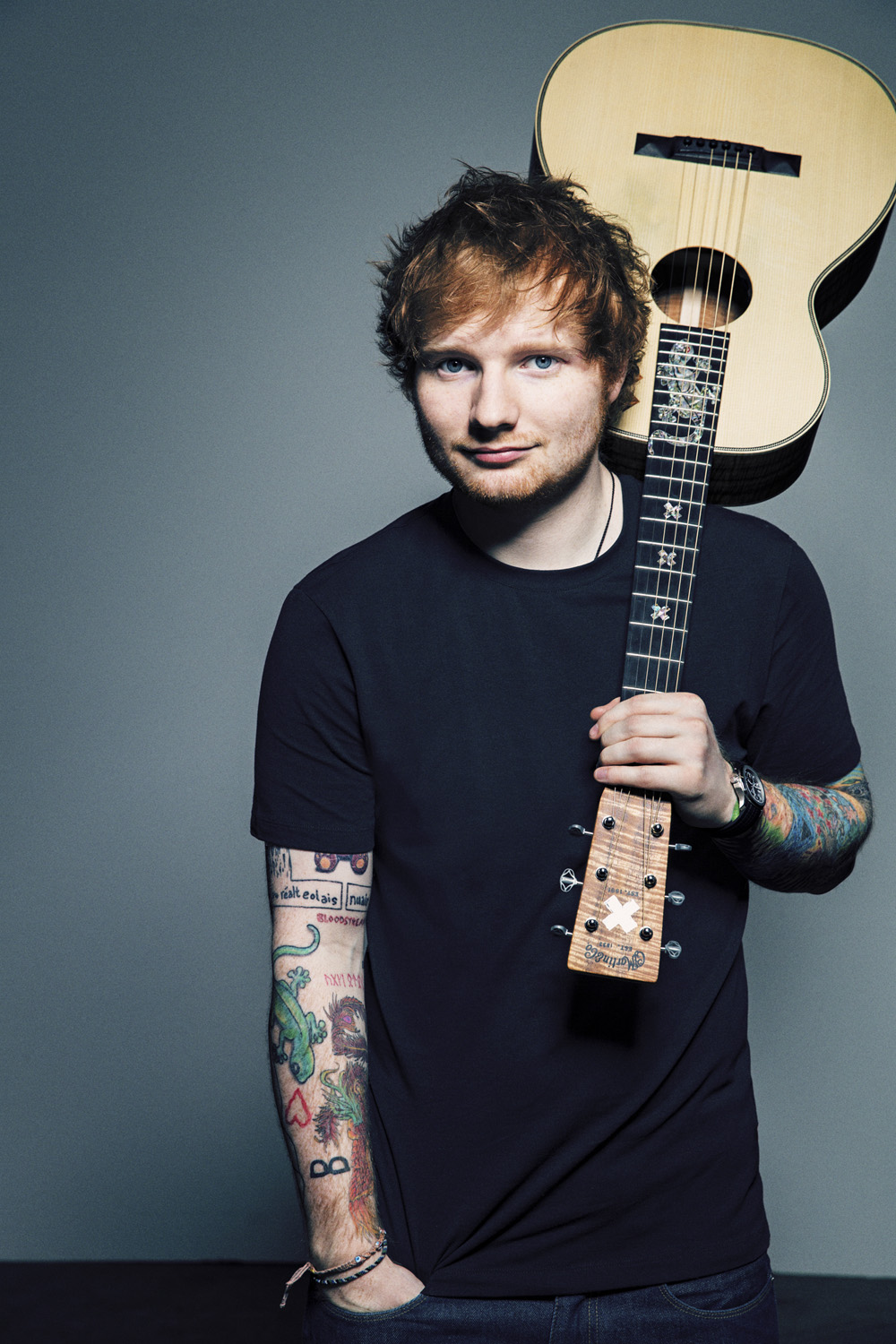 You seem like a really grounded lad but since skyrocketing to international stardom, do you find it easy stepping in and out of the two worlds, one minute popping round your parents in Suffolk, then jetting off to big awards ceremonies and more excitingly, being best man at Courtney Cox’s wedding?

I’m seeing her and Johnny [McDaid] tomorrow in LA – I’m going there for the VMAs but I haven’t had a conversation about that. The fact it’s in the press, it’s not a thing yet, they are going to get married but it’s not all planned out like the press say. It’s going to be a f—ing fun party I think!

I think the good thing about where I am at the moment with career is I can really separate it and do the normal stuff, but the stuff I do normally I can do with my friends – go Tesco and buy a s— load of beer and have a proper good party. I do get recognised at Tesco but the one I go to is a big 24 hour one, doesn’t have many people so you can kind of hide…

Do you have any more plans to work with One Direction? Little Things was such a great track.

I did two songs for their new one; I don’t know if they’re on the album but they’ve been recorded and stuff and they sound great.

Well hopefully they will make the album. What is the sound like?

I hope it’ll make the album. I wrote one specifically for them, it’s my idea of what their sound should be. And one of them was a song that was one of my favourite songs I’ve ever written but it just never made it on to an album because it was too big, it was a stadium song while I was playing clubs.

Do you have a favourite member?

I don’t know. I see Harry the most and probably get on with him best just because I see him the most and he was the first one that I met. I’ve known him the longest and we’ve shared a lot of mutual friends so probably Harry.

Being part of The Hobbit must have been amazing. Will you be doing anything for the next movie?

If I got asked I’d do it but I don’t think I’ll get asked.

Peter Jackson’s daughter is a big fan, surely she can put in a good word?

I don’t know if I can strike gold twice if that makes sense? I personally think I See Fire is one of the best songs I’ve ever written, I love it so much but I don’t think I can do that again, but if I was asked I’d definitely do it. I just don’t know if I’ll be able to write a good one.

The dancer for your video Don’t is amazing. You recently tweeted one of PSY’s videos – wouldn’t he make an amazing video guest?

[PSY] did a remix of Sing and it never got finished but it was amazing! The Sing video was based on a night I had with PSY.

You actually know him?

Finally, do you have anything to say to your Canadian fans?

Every time I come to Canada it gets bigger and bigger, and there’s more love, more people and more excitement. Canada was always three steps ahead of the US in terms of people knowing about me, so I just like coming back here, it feels like I’m very welcome which is nice!