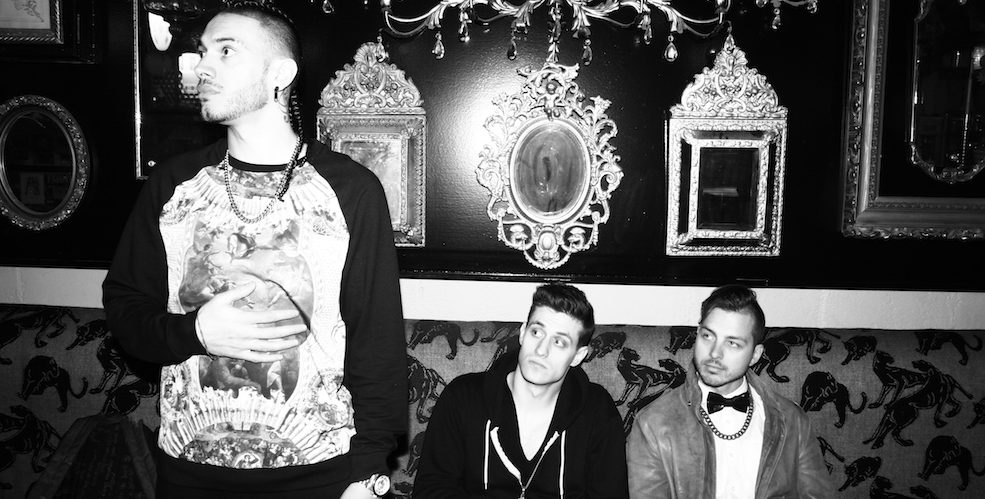 Vancouver-based electronic trio DiRTY RADiO has been cleaning up the cyberspace airwaves with thousands of plays on platforms like SoundCloud and Spotify.

The group, comprised of Anthony “Tonez” Dolhai, Farshad “Shaddy” Edalat, and Zachary “Waspy” Forbes, spent the better part of last year slinging their distinctive future house R&B sound on tour with Miami Horror and Dragonette, taking any little stints at home that they had to write and produce fresh material. Now, just in time for their first headlining hometown performance in three years, the boys have released a new single.

“Killing Me 2.0,” which Daily Hive is pleased to premiere, is an electrified remix of the 2012 track of the same name and paints a slick sheen over the already-infectious groove and euphonious vocals. “We remade it specifically for our live show, although we’ve been playing it out a lot in clubs recently to test it out,” the band explains, over e-mail. “We always really liked the song and it originally appeared on our record Cassette in 2012. Now that we’ve sped it up and added a couple drops it’s pretty hype.”

Indeed, DiRTY RADiO’s live performance is something that has continually set them apart from other electronic groups that typically deliver sets from behind a turntable or a computer. All members play an instrument, which contributes a special energy to the dynamic of their production.

“It’s more fun and challenging for us to perform these songs in a live context and hopefully more exciting for the audience to watch,” the band says. “There’s nothing wrong with DJing (Waspy is one) — it’s just a different energy that makes us stand out against our contemporaries. Even though he’s our vocalist, Shadi originally started as a drummer. He also plays percussion and synths live. Tonez is a classically trained pianist who holds down the synths/keys. Waspy plays a heavily modified electronic drum kit, but also produces our beats and plays keys in studio. We all do whatever we need to in order to get the ideas in our head out!”

The ideas, as always, are constantly churning  — part the reason why DiRTY RADiO insist they have no plans to release an album anytime soon. “We actually have enough songs to drop a record right now, but we realized it’s not the smartest thing to do anymore,” they maintain. “Releasing that many songs at once can be a bit overwhelming for the listener and if you put a whole record out, a month later it’s old news. We’d rather pick our favourite song of the moment and release that.”

Where: The Imperial – 319 Main Street