Stages Theatre Co. presents Awkward Conversations with Animals I’ve F*cked, a provocative one-man show written by Rob Hayes and performed by Chris Lam. With a title and talent like this, you’re not going to want to miss it.

Vancity Buzz sat down with Stages Theatre Co-Producer and director Cory Haas, to give us a little insight into the show and his creative process.

Tell us a bit about your company.

Stages Theatre Co. was born a few years ago, with two colleagues and friends, Devon Busswood and Alex Strong, who were instrumental in making it reality. I was looking to put on a show to develop my directing career, to be involved with the producing side of things and simply because I wanted work. It quickly became a group effort. Our mandate is commitment to creating rare opportunities for artists with passion and integrity, working towards establishment in the theatre community.

The company does so by presenting thought-provoking, ballsy, and often humorous works that we consider to be relevant, engaging, and, quite simply, a good f***ing time. The company as taken that forth with other shows it developed for several festivals and of course with this one.

Tell us a bit about the show.

Awkward conversations with animals I’ve F*cked is very funny and poignant story about Bobby who struggles to fit in. He struggles to find love and because of several events in his past, he decides to try a different route turn his attention to animals. The show is basically five post-coital conversations with five different animals, which creates a truly unique and entertaining play.

What drew you to Hayes as a playwright and this show in particular?

I have to be honest, I did not know Rob Hayes prior to this play. This particular show was displayed at Foyles Bookshop in London, on the “recommended” shelf; I definitely judged the book by its cover. How could you not with that title? The play turned to be a great read, a far-fetched piece of theatre and everything I was looking for as a director for an upcoming project. Most importantly I think this is a good one for theatre audiences.

Your company’s mandate is to choose ‘thought-provoking, ballsy, and often humorous works’ to Vancouver? What makes this show fall under that category, aside from the obvious title?

The end part of our mandate is also to provide entertainment, which is very important to me. This show falls under these categories because the subject matter is not really something experienced in theatre; through it, the play is awkward, very funny and a little out there.

The title explains precisely what happens in the show, though I must mention that there’s much more than just a guy who sleeps with animals. There’s real heart and will hopefully have you thinking long after the curtain comes down. 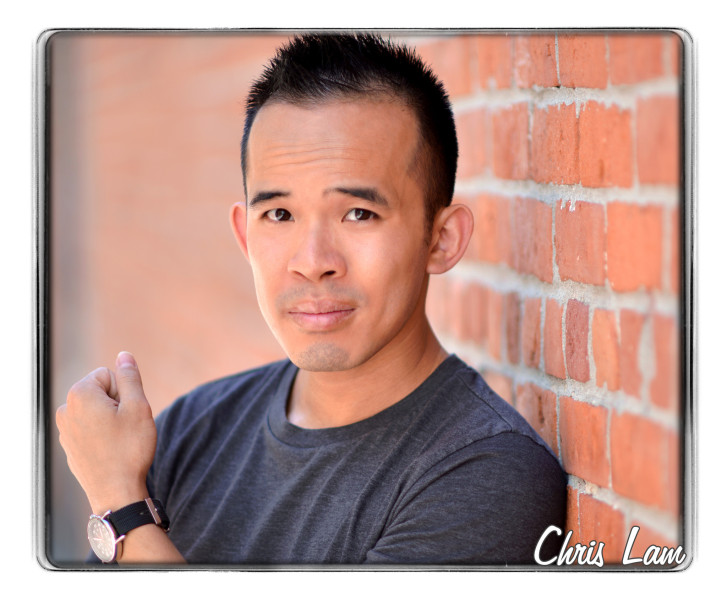 How did you go about choosing Chris Lam to be your ‘Bobby’?

I’ve worked with Chris several times before, under different capacities. I think he’s an intelligent artist who always surprises Vancouver with the work he does. There’s a certain mystery that I really wanted with this character, which I think Chris has and we are looking forward to exploring it in the room.

As your last show, Seminar, was a show with multiple cast members, what made you choose a one-person show as your next project?

This is my last show before heading to graduate school and I really wanted to take a risk and jump in to things that would push me. A one-man show is a challenge, Chris Lam has a big job ahead of him but it’s my responsibility to give him and the audience the tools to tell and follow Bobby’s journey.

How do you tackle important and difficult subjects, like the ones present in the play?

I think it’s important not to shy away from them but to treat them in a respectful manner. Especially in a comedy like this, my job as a director is not bring out the comedy by making a parody of the subject matter but to let comedy grow out of the situations that are created in the context of the play. The important themes are always tricky but taking them head on in a smart way, is also what our mandate is all about.

What is your directing style?

I can’t say that I have a specific style, I think I have to be adaptable and vary my approach depending on the play or musical that I direct. Many of the directors that I respect and admire though, have this wonderful ability of creating real humans on stage who need to tell real stories, which is something that I strive for. My job is to entertain people as well, which can be done in many ways, but it’s always in the back of my mind when I direct.

Why should Vancouver see this show?

Just would like to shout-out the rest of our wonderful team; SM and designers. They are creating some wicked concepts and am looking to sharing it with everyone who comes out. Producing theatre is hard, harder even when you are not a registered not-for-profit, when you are emerging and when there’s not much money involved. The patronage is what makes it viable for us and we are making sure that you will not be disappointed when coming to see the show!!