This Friday, June 26, comedian Jen Kirkman heads to the Biltmore Cabaret for the Vancouver stop of her I’m Gonna Die Alone (And I Feel Fine) tour. With the aim of promoting her new Netflix special, bearing the same name, Kirkman is playing this one like a true professional.

“This tour is very traditional one-nighters. I get in, I check in the hotel, I get ready, I do the show, I go back to hotel, I go to sleep, and I’m up at six the next morning,” Kirkman told Vancity Buzz. “Some people get upset about that but for me it’s all about the show and interacting with people after. Either way, when I tour I’m so tired I couldn’t sight see if you paid me.”

Kirkman’s special was released on May 22, and marks the first special the 40-year-old comic has released exclusively on Netflix. While in the past, comedians had to rely on comedy clubs and media appearances to make a living, Kirkman said the digital age has given performers a way to find their audience on their own terms.

“In a comedy club they give out free tickets, so a lot of times you’re performing for 100 people who don’t know who you are, and I love that. That’s what keeps the fire in me,” she said. “But with something like this people who like what I do can find me, and I don’t know how they would have before. If I wasn’t on TV that would have been hard, or if I was on TV but I was doing something that wasn’t me those people would have no idea that I speak to them.” 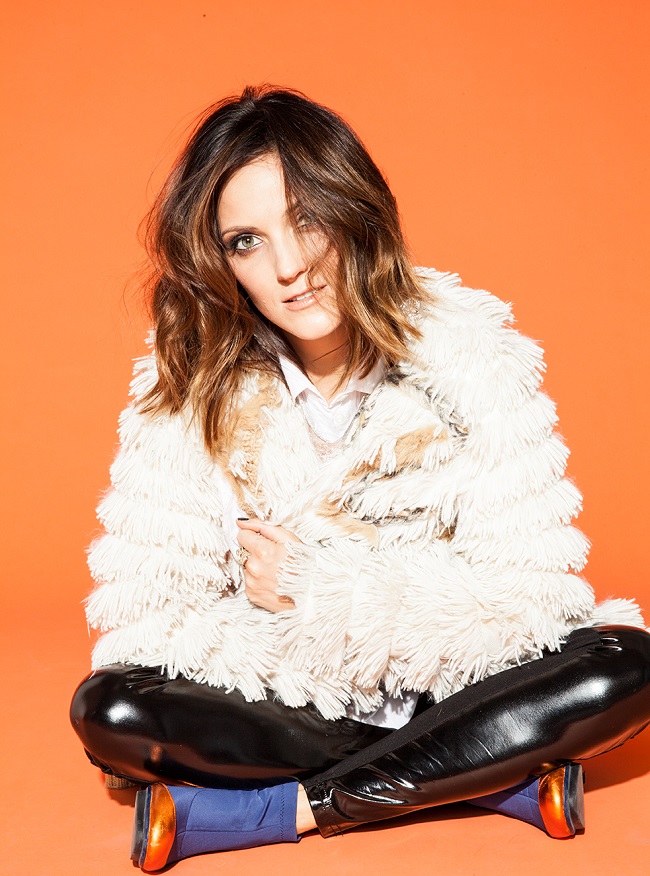 This connection to a performer’s material is vital to making an impact with a fan, Kirkman said, and that connection can make all the difference to a comedian’s career.

“You can find your people and make a living doing podcast, and touring on the exposure that you get,” she said. “The response that I get from my podcast and Netflix special isn’t just ‘oh that was funny’ but ‘I relate, that sounds like me’.”

Relating to a comedian’s material can take them from just another comedian to an audience member, to one of their favourites, she said.

“There are so many funny people. If you just thought I was funny you might decide to not see me and go see some other funny person, but if you relate to me – or any other comic – then you might get off your butt and go see them.”

Times haven’t just changed for professional comedians. The amateur comedy scene moves just as quickly, and Vancouver alone has hundreds of comedic hopefuls putting on shows in theatres, bars and restaurants all over town. For these newcomers, Kirkman said to keep an eye on the past, but to also pay attention to what the future might bring- something for which her generation might not be the best source of information.

“I’m still figuring out Snapchat,” she said. “I would say don’t ask people two generations ahead of you for advice, because we don’t know what the new things are.”

“There are so many funny people. If you just thought I was funny you might decide to not see me and go see some other funny person, but if you relate to me- or any other comic- then you might get off your butt and go see them.”

Kirkman recalled an episode of the Nerdist Podcast, in which comedy legend Joan Rivers was interviewed by Chris Hardwick.

“She must have known a podcast was a pretty viable thing to be on, she wanted to connect with the younger audience, but I don’t think she quite knew what it was during her first two minutes of the interview,” she said. “She was kind of making fun of it, saying things like ‘oh is this where my career has gone, this isn’t even radio’ but then Chris explained what it was. You could hear the wheels turning in her head, and she immediately got on board. A week later she had a podcast of her own.”

For the younger generation, Kirkman said the best thing you can do is get out there, meet people, work on your material and let yourself be comfortable with growth; it’s a long road.

“Look to your left, look to your right, those are the people that are going to be able to help you when they’re famous. Or it will be you,” she said. “Don’t come to people like me, because you’re just asking someone who is out of touch with what your generation is doing.”

“Be patient, let yourself grow into who you are. A joke might not be funny when you’re 22, but when you’re 40 it might sound just right. Whatever is going on there, just do it. Don’t make excuses, don’t be upset you have a day job, and don’t wish you were farther than you are, because it’s a labour of love, and a lifelong journey.”

Kirkman will perform at the Biltmore Cabaret June 26. Advance tickets are $20 and can be purchased here.