Are you hooked on Schitt’s Creek? The Canadian television sitcom – created by Eugene Levy and Daniel Levy – premiered on CBC earlier this year to mixed reviews. Some are saying it’s utterly hilarious, while other are indifferent or annoyed.

The series focuses on a formerly rich family that suddenly find themselves broke and forced to live in Schitt’s Creek – a small depressing town they once bought as a joke. Video store magnate and father, Johnny Rose, is played Eugene Levy, his soap star wife Moira by Catherine O’Hara, and their two kids, über-hipster son David is fittingly played by Daniel Levy and socialite daughter Alexis by Canadian talent Annie Murphy.

Murphy’s projects have included Beauty & the Beast; Rookie Blue; Flashpoint; Good God; The Story of Jen; and Blue Mountain State. She has also spent time onstage in Montreal and Toronto. 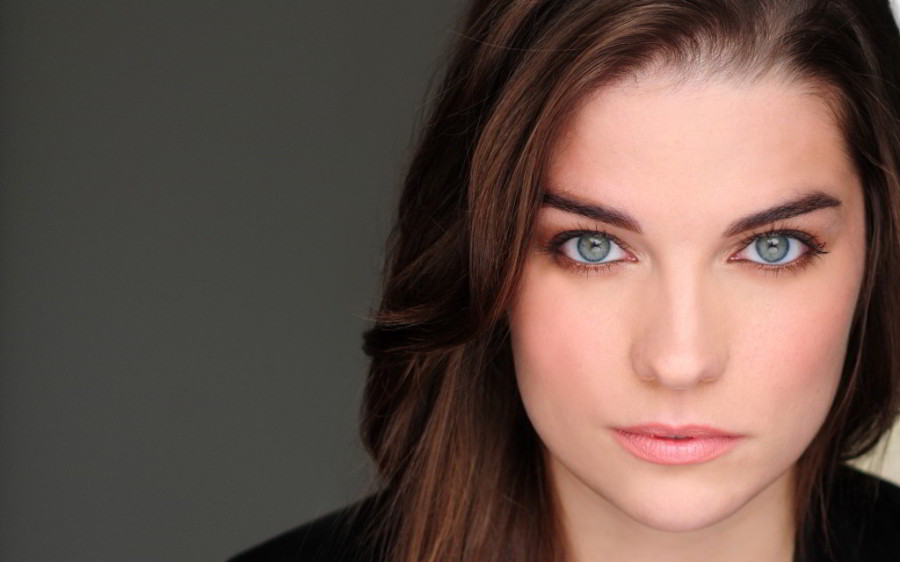 What did your parents say when you told them you wanted to be an actor?

They both said, “That’s a really good idea, kiddo,” because I announced it at a time in my life when I also wanted to be a professional babysitter, principal, ballerina, vet, truck driver and just a straight up stuffed animal.

So I don’t think they took me very seriously.

But as the years went by, and I no longer wanted to be a candy tester, but I still wanted to be an actor, they slowly realized I was serious.

They’ve never tried to discourage me from pursuing acting (or from being a stuffed animal, for that matter), and for that I’m really grateful.

What’s a song you can confidently sing all the lyrics to? For the record, mine is Eminem’s “Lose Yourself.”

I am impressed at your “Lose Yourself” accomplishment and raise you a “Super Bass” by Nicki Minaj.

What’s the last daring thing you did?

The last daring thing I did (according to me) was get on an airplane completely sober and without any Ativan. That’s if we’re overlooking my extensive history of ringing doorbells and running away. 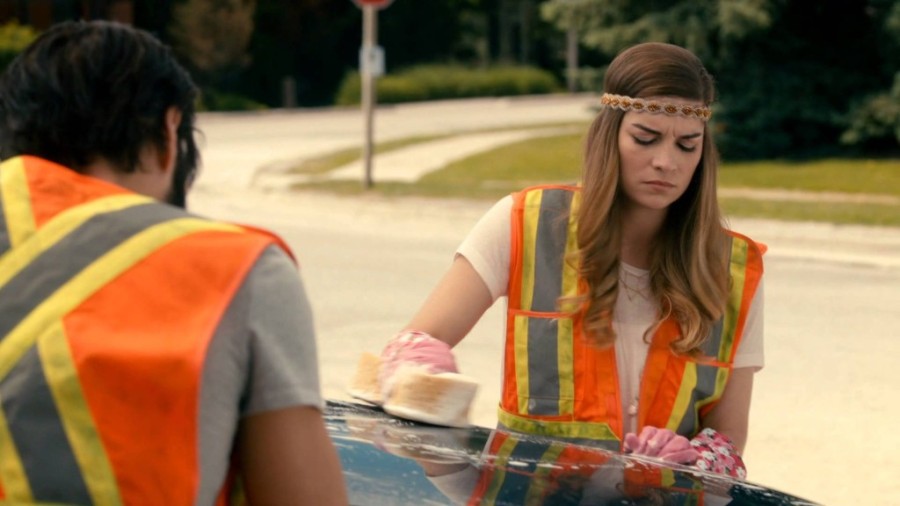 Schitt’s Creek… why was this your next career move?

It’s just another job for me, you know? No, ARE YOU CRAZY?!

This is the absolute dreamiest of dream jobs for me. I’ve been in total admiration of Catherine O’Hara and Eugene Levy since I was a kid, so working with them has been both surreal and a total schooling in comedy and in life in general.

Dan Levy and I fell in love a little bit, so working with him is the best. The crew is amazing, the scripts are great, and everyone is genuinely having a good time on set. I guess that’s why it was my next career move. 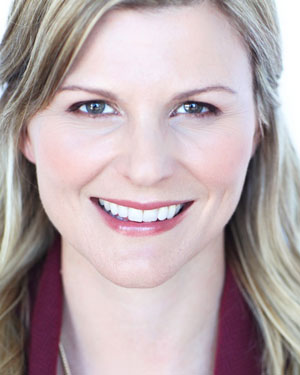 Another Canadian star in the show is Jenn Robertson, who plays the role of Jocelyn Schitt, the wife of the Schitt’s Creek mayor, played by Chris Elliott.

Jenn has been a series regular on The Comedy Network/Spike’s Comedy Inc., CBC’s The Sean Cullen Show, and Family Channel’s Wingin’ It.

She also produced, created, wrote and co-starred in the CBC special To Die Four. Also a gifted comedy writer, she has won a Leo Award, a Canadian Comedy Award for writing excellence and garnered Gemini

Why was this show something you wanted to be a part of?

What about this show wouldn’t I want to be a part of?!!

I’m madly in love this world that Daniel and Eugene (Levy) have created, and I love my character Jocelyn. That hair! What’s that southern expression? The bigger the hair the closer to God!

What’s it like going back and forth between Canada and the U.S.?

It’s exciting but certainly not without it’s challenges, especially now that we have a four year old.

Luckily our daughter is not shy and goes with the flow. When we were all back in Toronto last year for Schitt’s Creek we were at a friends house and my daughter asked said friend if this was where they lived to which they replied “Yes” and then my daughter said cheerfully. “Oh, I live in a bunch of different places!”

Worst choice you have ever made regarding your appearance (Cut your own bangs as a kid? Wear pink eyeshadow and look like you got punched?)

There are TOO many to choose from! As a special treat here is a photo of my brother and I when I was 20 years old: 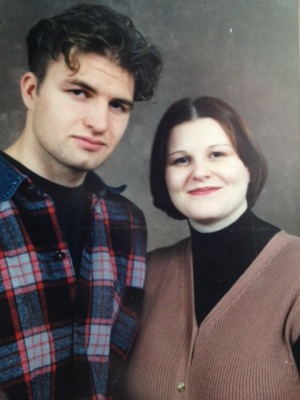 Schitt’s Creek… why will it succeed in the world of television?

I’m totally biased of course but I think Schitt’s Creek is a really unique, really funny show.  To use the ole sports cliché, every department of this show gave it 110% and I hope it shows.