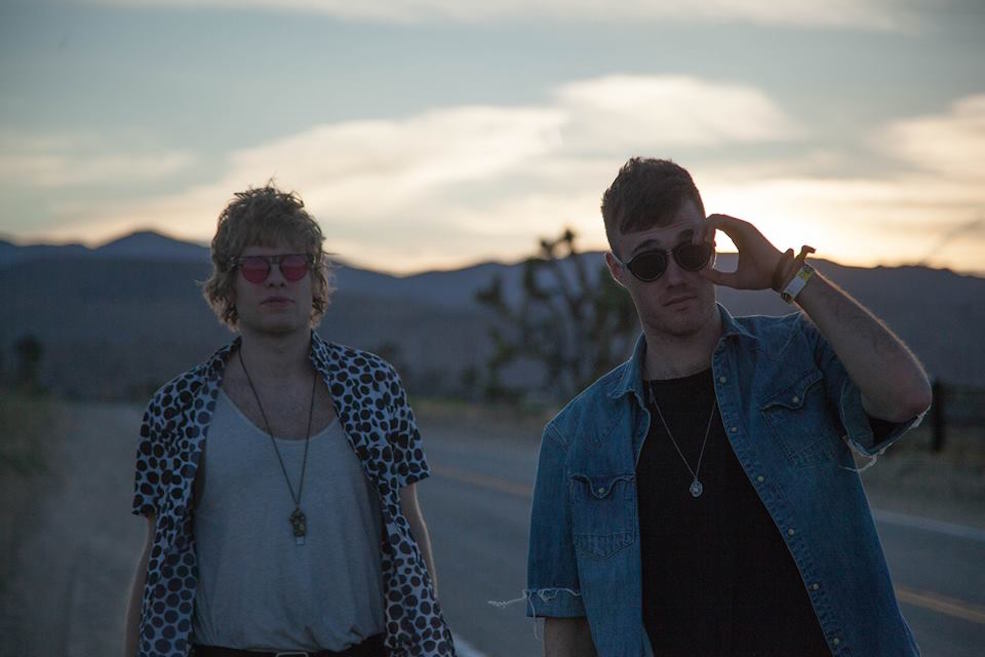 On a Wednesday night last November, house duo Bob Moses sold out Paradiso — a historic music venue in Amsterdam with a 1,500-person capacity. The lineup flooded out the door, a sea of people crowded the floor, and fans were hanging off the balcony.

It might not sound like a big deal for a group who has spent much of the last year performing at large scale festivals like Coachella and Burning Man, but for Tom Howie and Jimmy Vallance, the men behind the Vancouver-raised, New York-based act, it was the first time they’d completely sold out a show on a weekday outside of their hometown. It was, Howie maintains, one of those surreal moments in life that forces you to step back and catch your breath.

“You know when you have recurring dreams? I’d always had this recurring dream of walking out into this theatre that was a lot like that, and the people being up high and it being a sold out concert,” he recalls, speaking from Vancouver at his father’s house. “I’d been having that dream since I was, like, a little kid. I went to bed that night just almost sucking back tears because I felt like we had really accomplished — like a dream had come true, you know?”

And that was just the start. Over the next 10 months, successes would sequentially stack up. Their debut full-length, Days Gone By, received mass critical acclaim. The boys travelled the world and back again, playing their melodic deep house in dance music epicentres like Berlin and Ibiza. An extended version of their album was released last month. And to top it off? Selling out the Commodore Ballroom — something that, Howie says, also falls into that category of take-your-breath-away moments for the West Coast grown boys.

Things are falling into place beautifully for Bob Moses and they have been, serendipitously, since the very beginning. After attending the same high school, Howie and Vallance moved separately to New York only to randomly cross paths. The chance meeting came at just the right time, too — both were in search of something more creatively fulfilling that what their respective projects were providing.

Vallance and Howie, who had similar musical upbringings songwriting and playing in punk bands, each had gone on what Howie calls a “detour.” Vallance had found a high energy outlet in trance music and was working his way into New York’s underground, while Howie, who attended Boston’s Berklee College of Music, spent a couple of years playing acoustic guitar and writing songs.

He continues, “We both wanted to do the same thing. We wanted to have an act that wrote great songs, but had it’s own unique sound and could use the studio to really explore the edges of songwriting and the edges of sound and sonics, and stuff like that.”

A few months before they met, Howie had a thought. “I remember thinking ‘man, wouldn’t it be great if I could meet somebody else who shared my vision and could meet me on an even playing field creatively and really contribute something?’ And it wasn’t just me having to do everything. And then a few months later, maybe two months later, is when I ran into Jimmy.”

Howie and Vallance began working together, running in Brooklyn’s warehouse dance scene. They soon got in with Francis Harris, one of the co-founders of boutique label Scissor and Thread, and did a few features with him. Young, hungry to develop, and with a grand vision of what they wanted to be, the guys realized that everything they wanted was right in front of them — a mentor in Harris, a covetable label willing to put their tracks out, and a sound that was both unique and distinctively their own.

“We were walking home after some party and the sun was rising in Brooklyn and I remember saying to Jimmy, ‘dude, everything is just staring us in the face,’” Howie recalls. “‘Let’s just do this, let’s put all our eggs in the Bob Moses basket and just make this our thing.’”

It paid off. Musically, Howie and Vallance are totally in sync, and it reflects in the way that they compose together. “It’s like a tennis match,” Howie says excitedly, singing out verses and mouthing beats in describing Bob Moses’ process, which is essentially a multi-faceted jam session, combining dreamed up melodies with drum loops, production, acoustic guitar and piano. Their songwriting chops shine through in the dynamic layering of their rich sound — notably bright on Days Gone By (Never Enough Edition)’s acoustic version of “Before I Fall” which is beautifully stripped back, with just strums, keys, and haunting vocals reciting the track’s melancholic story.

The Never Enough Edition also features bonus tracks and remixes by the likes of A-Trak, Joris Voorn, RAC, and Tales of Us.

“The thing with us, we knew that we wanted the remixes to sort of do justice to the scene that we come from but also have a forward leaning viewpoint,” Howie explains. “So, for example, A-Trak. He’s really credible and cool, but he’s got way more of a pop reach or pop sensibility than Tale Of Us does. Tale of Us are kind of the kings of cool, the kings of the underground. And then Joris Voorn is sort of, like, in the middle. He’s really credible, he’s really cool, but he’s a bit more old school and a bit more of a legend and he’s bit more upbeat in his mixes and he’s a bit more very European. And we wanted each person to be very unique in their own voice… We told everybody, ‘do you.’ We chose people who had a really strong, unique voice of their own and we wanted them to just do their voice. We didn’t want them to curtail it to us.”

Now, Howie and Vallance are gearing up to hit the road on a North American tour in support of Never Enough, before they settle down (only slightly) back in New York to work on new music. The stars continue to align for the boys as, through tenacity and deep gratitude, they steadily collect those little moments that take your breath away.