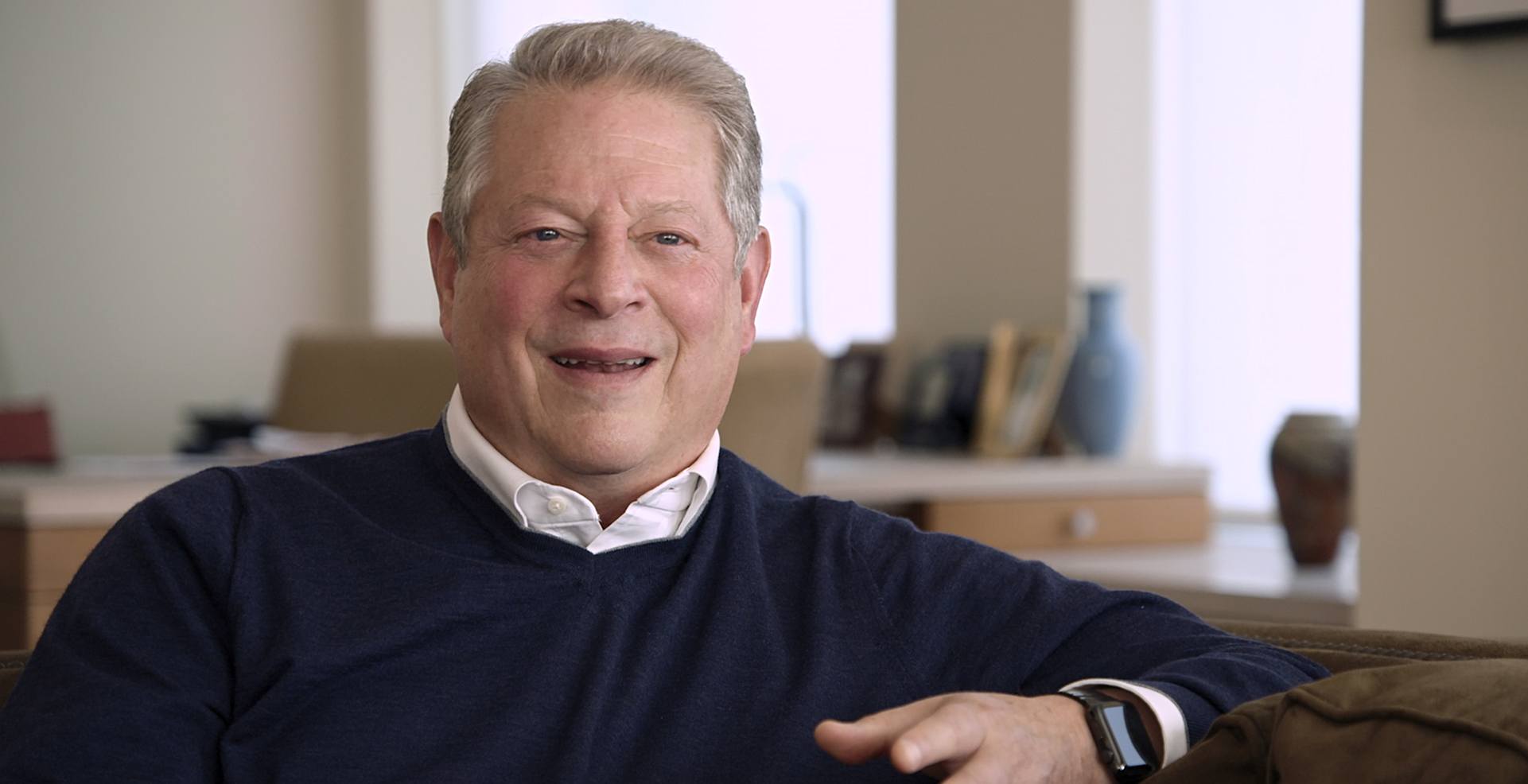 Former Vice President Al Gore has fought for the US to tackle climate change since he was a young man, when he first saw research on global warming.

And since coming painfully close to winning the presidency in 2000, he has dedicated himself to travelling the globe to teach people about climate change.

By 2006, the film An Inconvenient Truth had profiled Gore and his climate campaign, winning two Oscars in the process. Gore was also awarded the Nobel Peace Prize.

Now, 11 years on, Gore is still travelling the world, spreading his message, and is back with an update – An Inconvenient Sequel: Truth To Power.

Ahead of the film’s release, Daily Hive spoke to the former Vice President about climate change, his personal mission, and new US President Donald Trump. 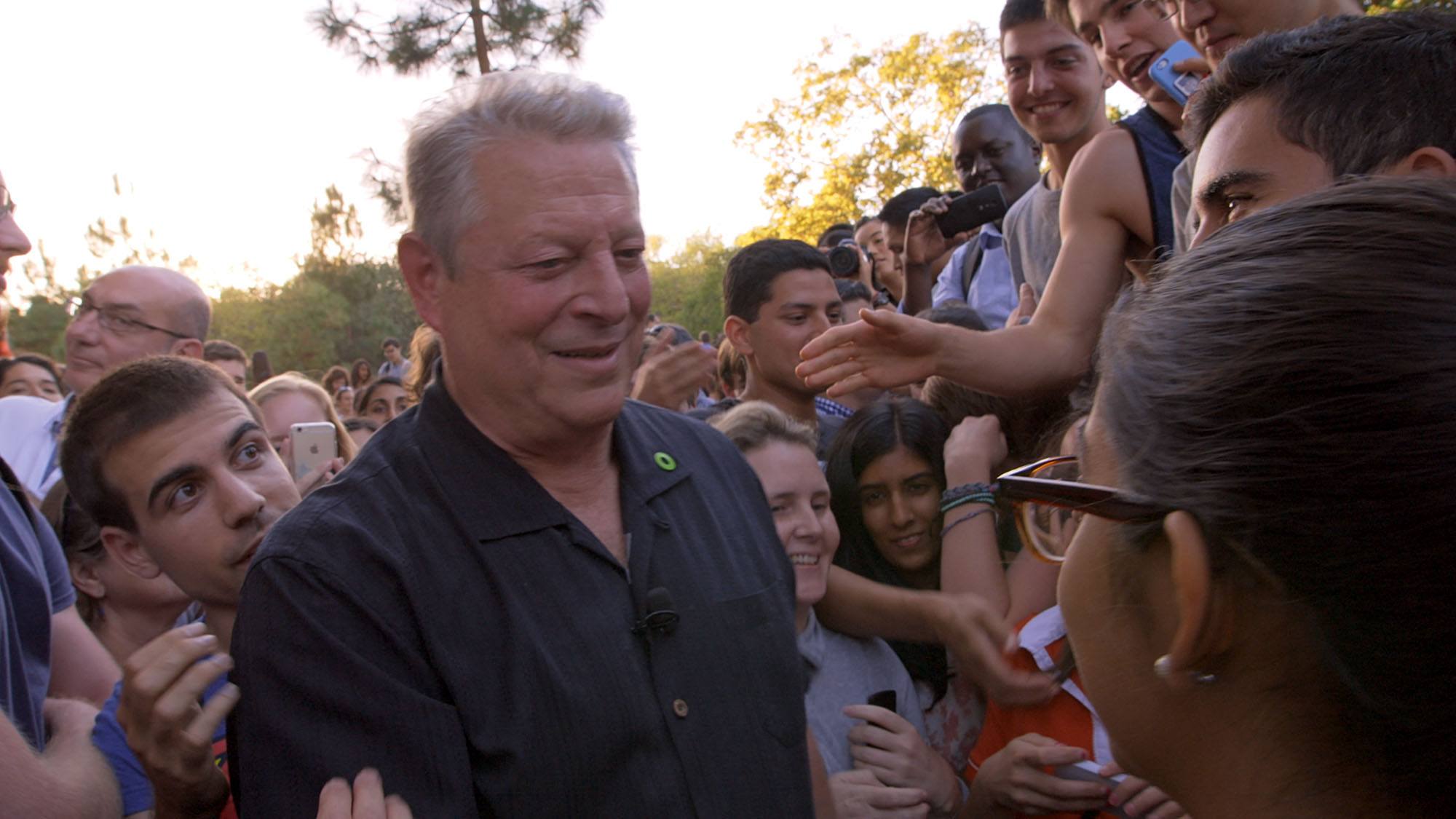 “A lot has changed in the last decade since the first movie,” said a hopeful Gore. “There is a big upsurge in environmental activism and I’m convinced we are going to solve this crisis.”

Those changes have been good and bad of course. Climate-related extreme weather events are more common, says Gore, but now we have solutions like solar and wind too.

“The cost has come down so far, so quickly, that it’s much cheaper in many regions to produce electricity with the sun and the wind, than with fossil fuels,” he said.

“Soon, because of the continuing price declines, that’s going to be true everywhere.”

‘Paris Agreement is a historic breakthrough’

An Inconvenient Sequel is also hopeful, highlighting the positive changes over the last few years–albeit against a backdrop of rising tides and melting icecaps. 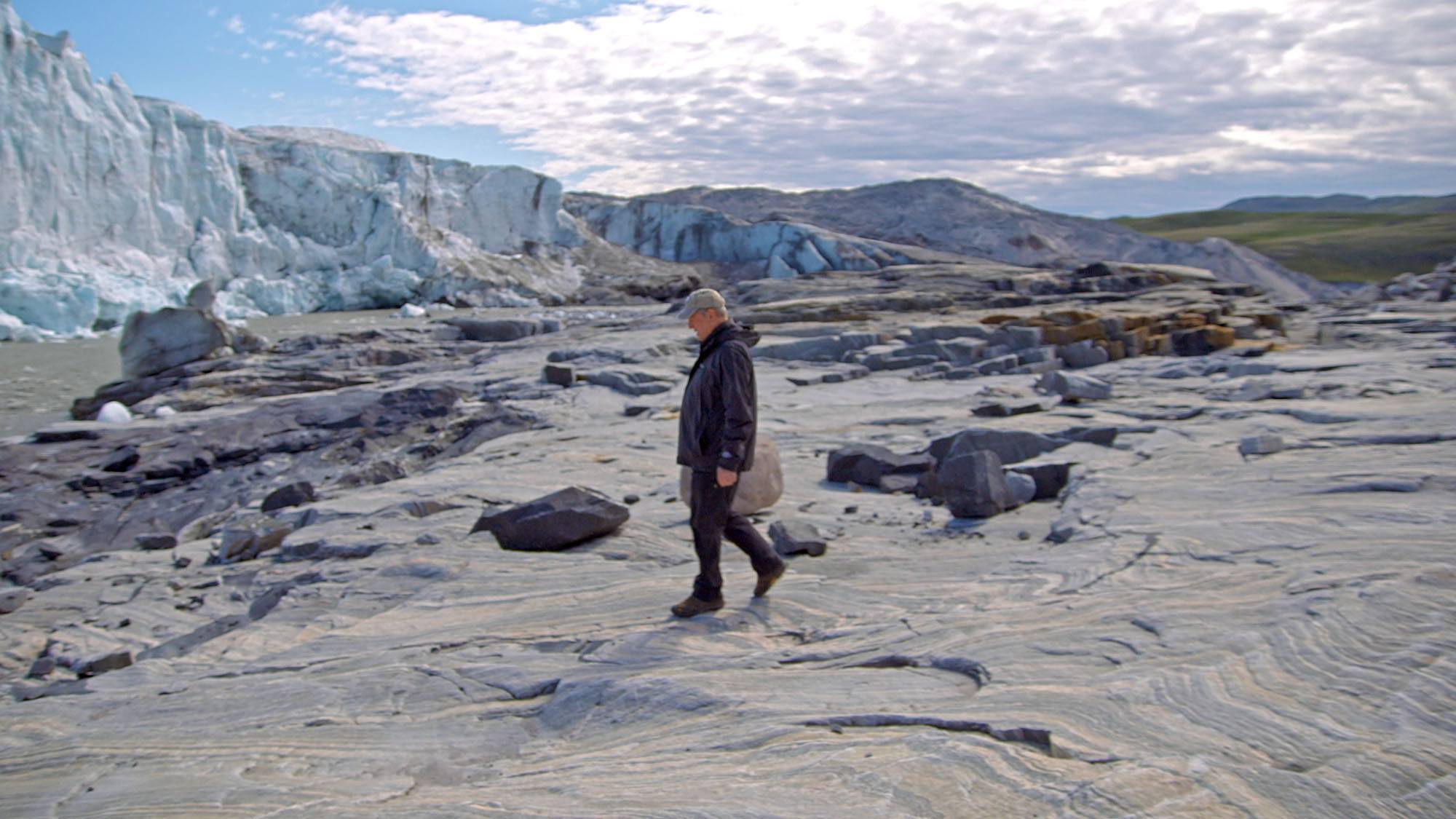 Al Gore in Greenland in An Inconvenient Sequel: Truth to Power (Paramount Pictures and Participant Media)

One recent positive has been the Paris Agreement, a commitment to reduce greenhouse gas emissions, agreed this year by 196 countries.

In An Inconvenient Sequel, Gore is shown at the Paris conference working tirelessly to persuade India, one of the world’s top polluters, to agree to the accord’s terms.

“Virtually every nation in the world has now committed to reductions of this pollution down to net-zero global warming pollution by mid-century,” said Gore.

“That’s really historic, it sends a powerful signal to business and investors and industry and civil society, and it has already produced a lot of momentum for change.”

‘Justin Trudeau is a breath of fresh air’ 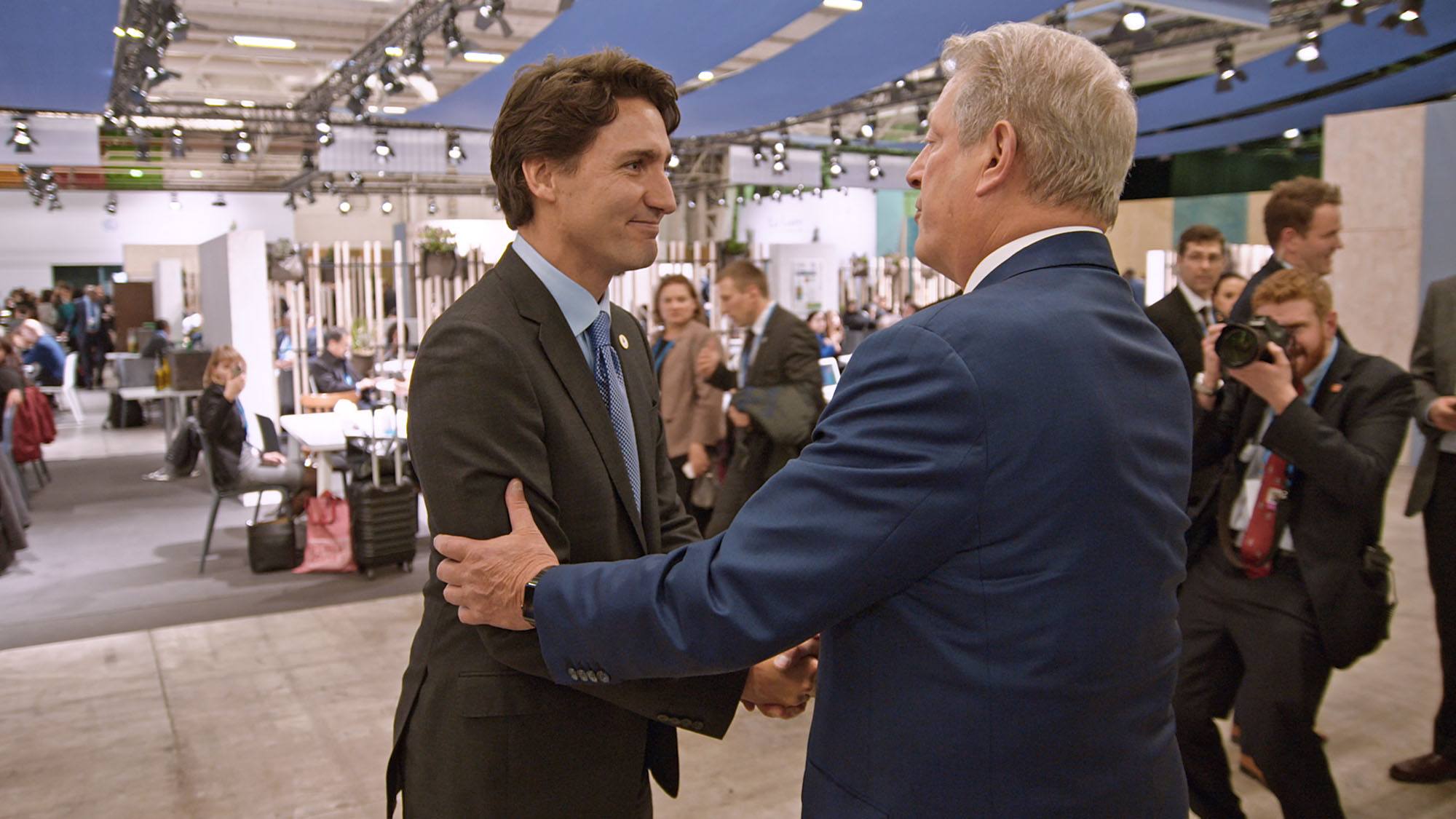 Al Gore with Justin Trudeau at the UN Climate Conference in Paris, as seen in An Inconvenient Sequel: Truth To Power (Paramount Pictures and Participant Media)

Gore wasn’t alone in Paris of course, with many others working to get a final agreement with which all 196 countries would be happy – including Canada.

Justin Trudeau even makes a cameo in An Inconvenient Sequel, stopping to greet Gore as they pass each other at the Paris conference.

“Justin Trudeau has been a breath of fresh air. His leadership and his speeches have really been terrific,” said Gore.

“I don’t find myself in agreement with everything he’s doing, but I really admire his leadership and his inspiring positions on climate.”

Of course, it’s not hard to look inspiring when your neighbour down south is climate change denier US President Donald Trump.

‘Donald Trump is a terrible president’

Since being elected, Trump has pledged to leave the Paris Agreement, rolled back limits on greenhouse gas emissions, and plans to cut funding for climate research.

In An Inconvenient Sequel, Gore compares Trump’s election to “a punch in the face,” but a few months on, the former Vice President does have some hope.

“I think he’s a terrible president of course,” said Gore. “I was concerned when he announced that he wanted to pull the US out of the Paris Agreement.

“But then immediately the entire rest of the world redoubled its commitment to Paris, as if to say, ‘We’ll show you, Donald Trump!'”

Gore also praised the US governors, mayors and business leaders who pledged to keep to the Paris Agreement commitments “regardless of Donald Trump.” 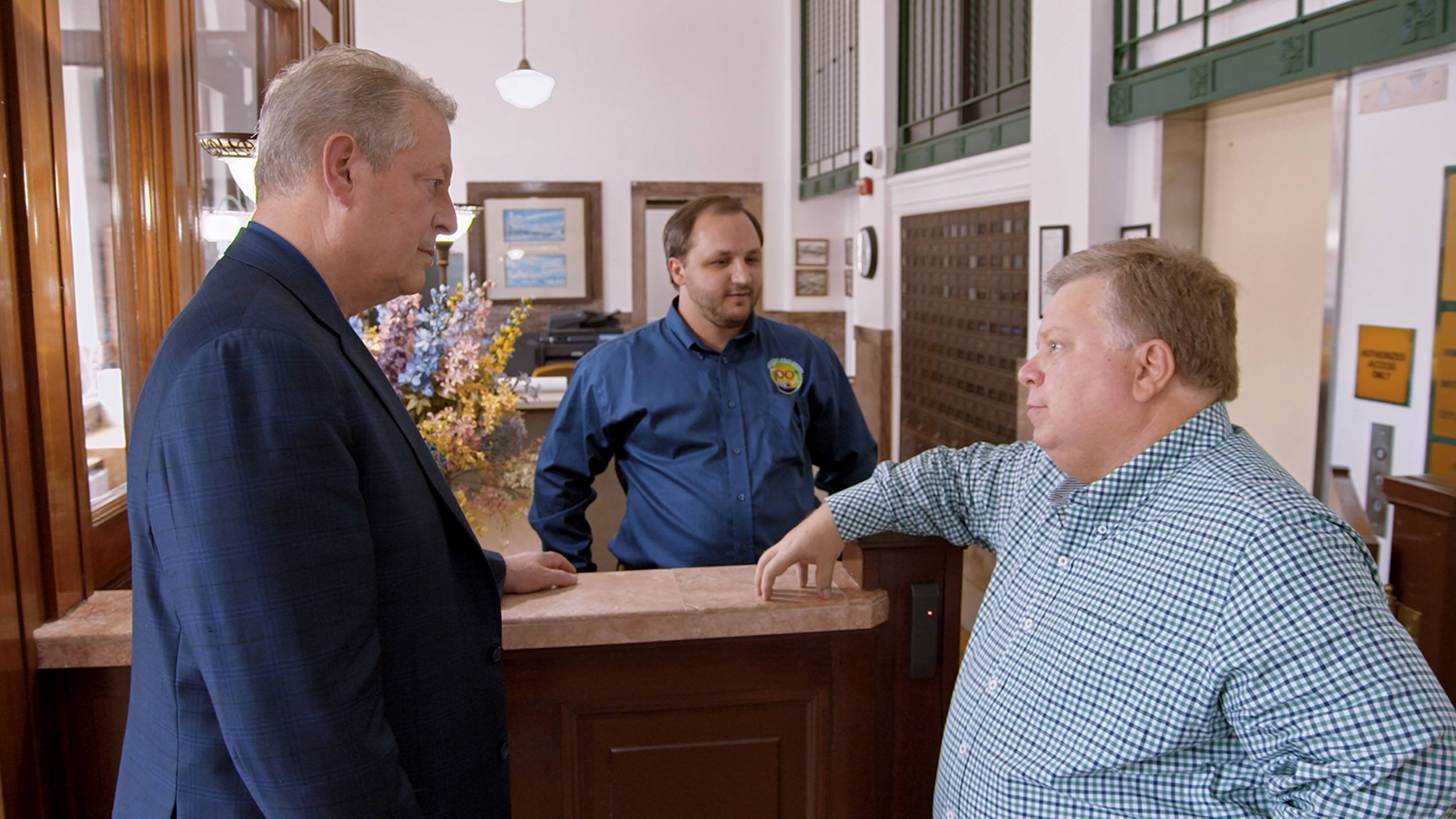 “There’s a distinction between Donald Trump and the United States of America,” said Gore.

“Donald Trump has isolated himself. The United States of America as a whole is going to continue to lead.”

Local leadership is one thing, but what about federal government?

As the second largest greenhouse gas polluter in the world, behind China and ahead of India, Gore maintains the US needs to be involved in the solution.

Indeed, in a rare moment of anger in An Inconvenient Sequel, a usually calm Gore questions when the US government abandoned its leadership role in the world.

“I’m not sure that China, for all of its ambitions, will be able to fill that role,” said Gore.

“I think the US will have a chance to regain that role once Donald Trump is out of office in the 2020 election – if not before.”

Would Gore run for President again? The answer, as ever, is no.

“I’m a recovering politician and the longer I go without a relapse, the less likely one becomes. I’ve been grateful to find other ways to serve the public interest,” he said.

‘Most important challenge we’ve ever faced’ 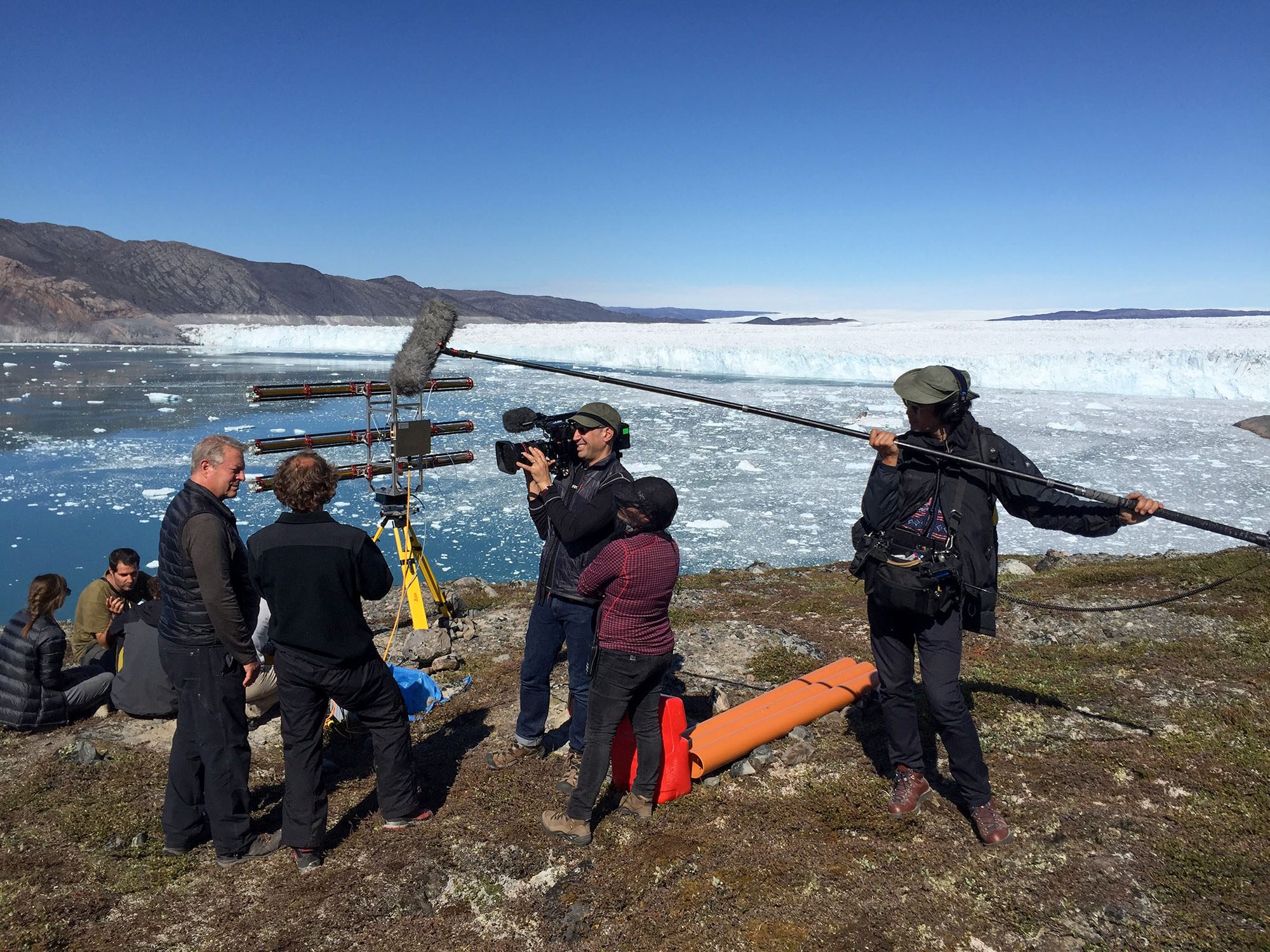 Gore is certainly a busy man. Since An Inconvenient Truth, he has founded the Climate Reality Project to turn global warming awareness into action.

The project’s Canada office is the largest branch outside the US and they’ve just celebrated their 10th anniversary. They’re “doing a tremendous job,” said Gore.

And as a behind-the-scenes look at Gore’s efforts to tackle climate change, An Inconvenient Sequel shows fighting global warming is a deeply personal issue for him.

“It’s virtually a full-time mission and it is a privilege to have work that justifies pouring all the energy I have into it,” said Gore.

“This issue is the most important challenge humanity has ever faced and we all need to be a part of the solution.”

An Inconvenient Sequel: Truth To Power opens in Canada on August 4. Find out more at inconvenientsequel.tumblr.com. Watch the trailer here: