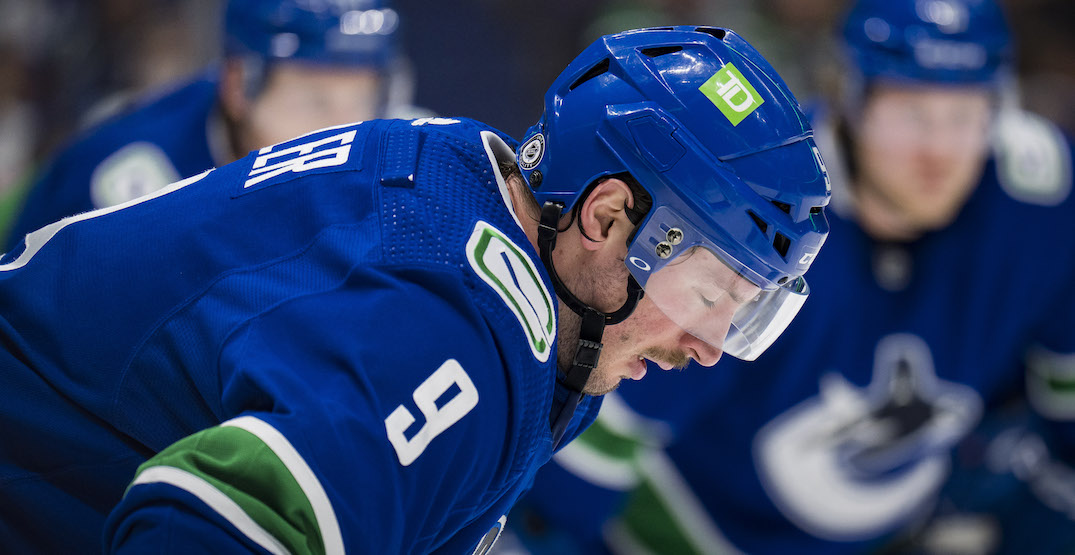 The Vancouver Canucks could be around the corner from finally pulling the trigger on a J.T. Miller trade.

Daily Faceoff’s Frank Seravalli referenced contract talks that, well, don’t appear to be progressing all that well to keep the American forward in Vancouver long term.

“According to sources, the Canucks met with Miller’s camp on Tuesday in Montreal and the two sides remain far apart on parameters for a potential contract extension,” Seravalli wrote today.

Meanwhile, TSN’s Darren Dreger said the Miller trade watch was “full on” for the Canucks.

The JT Miller watch is full on in Montreal. Understandably, Vancouver’s ask remains high, but the interest in the talented forward is very strong. A developing story we’re watching closely.

Our own Matt Sekeres posited the Rangers, Hurricanes, Devils, Capitals, and Blue Jackets as possible trade suitors for Miller, but in reality, there’s likely a longer list of interested parties for the Canucks forward.

Miller is coming off a career year where he put up 32 goals and 67 assists for a total of a team-high 99 points. The 29-year-old Miller currently has one year remaining on his contract, with a cap hit of $5.25 million.

In total, Miller has 74 goals and 143 assists in 202 games for the Canucks in his career, spread across the past three seasons.

At the 2019 NHL draft, Miller was initially acquired from Tampa Bay as part of a package for a 2020 first-round pick, 2019 third-round pick, and goalie Marek Mazanec, who hadn’t played an NHL game since 2016-17.