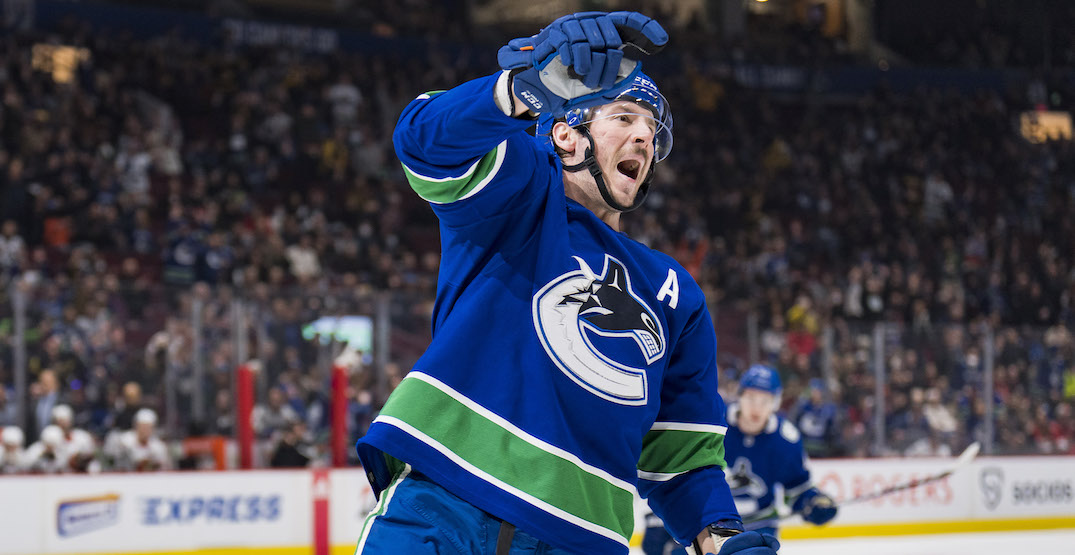 On Sunday night, we asked for your realistic J.T. Miller trade packages should the Vancouver Canucks part with him, and two days later we’re at 114 replies.

And here’s the thing: some of them are actually reasonable!

Now there are, of course, lopsided proposals in the Canucks favour, that’s to be expected. But we also saw some sensible fits for both sides and with a wide array of trade partners.

The Rangers, Hurricanes, Devils, Capitals and Blue Jackets were all popular destinations for J.T. Miller.

Think there may be some sleeper teams out there too, wouldn’t discount the Senators who are on the market for a top-6 forward on a contract that needs to make financial sense. They also have young right-handed defencemen to peddle, plus the 7th overall pick in Thursday’s draft.

To answer our Bodog poll question today: no, I don’t believe Miller will be a Canuck on Saturday. I think he’ll be traded by then.

POLL QUESTION: Will J.T. Miller be a Canuck on Saturday? #Canucks

In a return, I do believe that the Canucks prefer young players over 2022 picks, because this isn’t a banner draft. And the more I think about it and make calls on it, the more I think the Devils make the most sense.

New Jersey has to make some decisions on their core, who is in it and who isn’t. They’ve committed to centres Jack Hughes and Nico Hischier, but winger Jesper Bratt is on the outside looking in.

He’s a 24-year-old restricted free agent coming off 73 points and 26 goals. You could argue he’s worth Miller straight up, though I suspect the Canucks would want more for an all-situations forward who can play centre and is coming off 99 points. And if Jersey can get an extension done with Miller, that’s worth something, too.

But even if Bratt isn’t included, the Devils have players like forwards Pavel Zacha, Yegor Sharangovich, defencemen Damon Severson, Ty Smith and prospects like Alexander Holtz and Shakir Mukhamadullin to facilitate a trade. They also hold picks #2 and #37 in the draft.

So plenty of combinations possible for a Jersey team looking to take that step into the playoffs, and for a Canucks team looking to create more organizational depth and add quality.