Six months in the making, and less than a week for set-up, and Granville Island’s newest restaurant is almost ready for business.

With a prime location at the entrance to the iconic gathering place for artisans, craftspeople, food lovers, shoppers, and tourists alike, The Vancouver Fish Company hopes to offer a welcoming atmosphere for everyone and a menu of casually elegant seafood-centric fare.

The force behind the Vancouver Fish Company is a trio of restaurant industry vets. Leigh Angman and his brother Todd operate the Relish Gastropub, and they’ve partnered with Steve Duyzer, who last served as the General Manager of Stanley Park’s beloved Fish House, though his CV includes cheffing at the Fish House and a turn as Executive Sous Chef at Vancouver’s Joe Fortes.

Leigh Angman laughingly refers to the partners as “just some guys from Langley,” however they happen to be guys who have been looking to work together on a new restaurant for several years. When the opportunity arose, they jumped at the chance to take over the space that last housed Whet.

Chef John McManus–also a Fish House alumn, along with much of the kitchen crew–explains that he hopes to present diners with fresh, locally sourced straightforward cuisine not muddled by wordy menu descriptions. They’ve been developing the menu for the past several months in their off-hours, planning how to make the most of the bounty of fresh ingredients available from purveyors right on Granville Island.

The kitchen is perfecting dishes the day before opening, and the staff is getting their chance to taste and learn, to help them help their guests have the best experience possible. 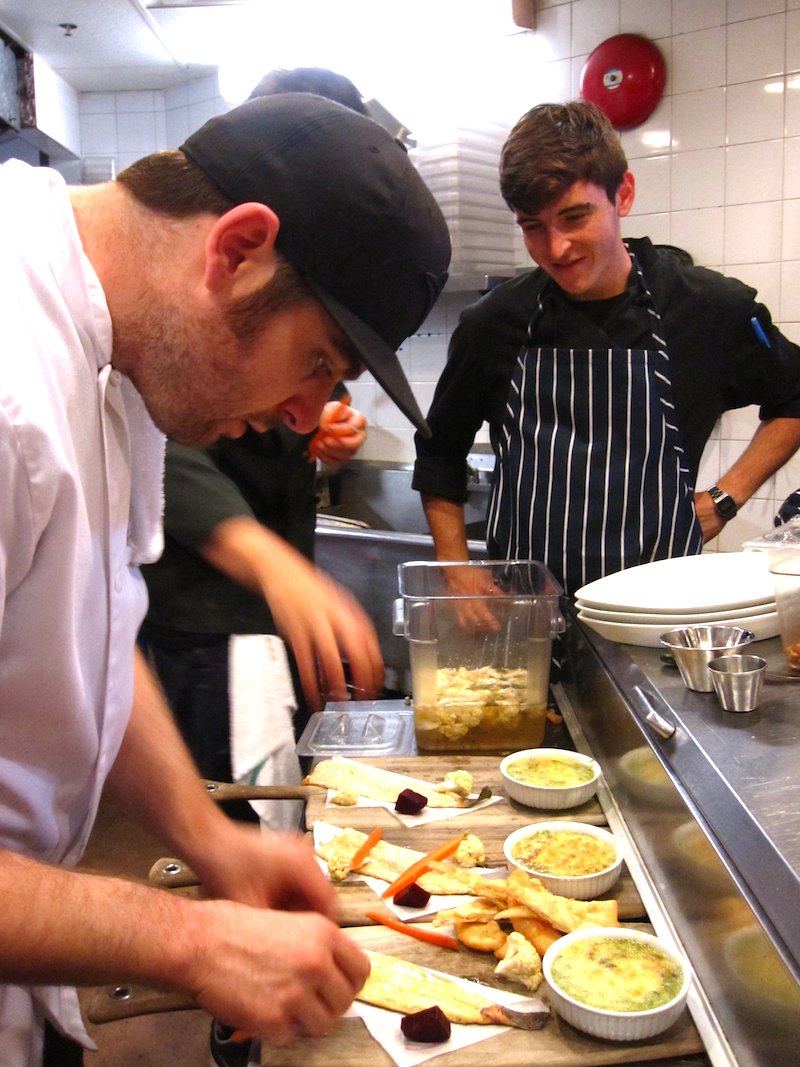 Wooden boards bearing fresh BC trout smoked in-house in the kitchen’s forno oven has been dressed thoughtfully with house-pickled local beets and carrots, piled high with fry bread, and accompanied by a crock of spinach and zucchini dip, make their way to the dining room, as the servers discover not only the vibrant zip of the pickled veggies and supple tenderness of the fish, but also that the key to the dish is to have guests marry the fish and dip at the table to maximize the flavours.

“The beets are local, the carrots are local, everything is local,” Duyzer reminds the servers, who are busily making notes on their menus, and taking photos of the dishes to share with their friends on Facebook. Several servers’ eyes light up when Duyzer explains his vision for the restaurant growing to include a cannery, and not only putting up the best seasonal produce for use in the off-season, but also making those sauces and pickles available for purchase to the public. 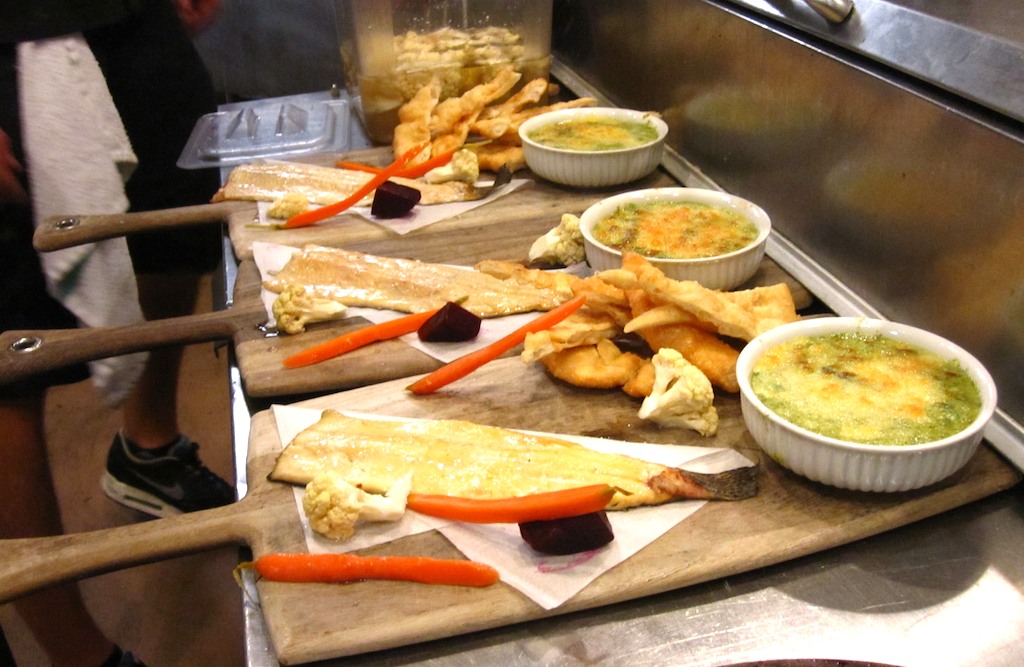 Back in the kitchen, mounds of mussels cooked in Granville Island Honey Lager come out plump and sweet, and will be served with individual pans of garlic bread for soaking up the sauce. McManus describes a creative spin on the Caesar salad designed to share that lets diners scoop their own bites of blitzed croutons, bacon, and dressing with Romaine hearts.

Other highlights of the Vancouver Fish Company menu include their Seafood Platter, Beer Can Smoked Chicken Pasta, and pizzas cooked in their forno oven. Although Angman is reluctant to hammer home the local concept, the menu shows they know what locals want to eat, with options like a Super Food Salad and numerous gluten-free selections. 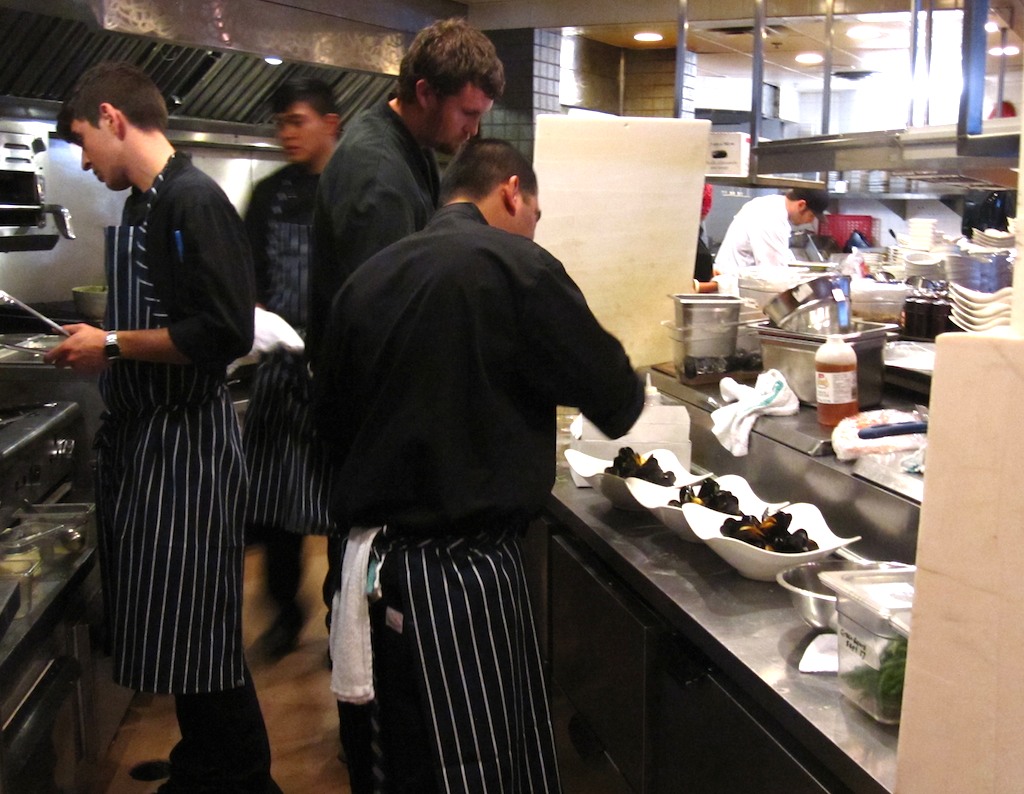 With just a few days to turn around the space, visitors to 1517 Anderson’s prior incarnations may not notice a lot of aesthetic changes. Angman says their approach was “to mix the relaxed, welcoming environment of Relish Gastropub with the high end menu and service of the Fish House, at a price point that’s approachable for tourists and locals.”

Angman notes there’s a misconception that Granville Island is crowded with tourists; in fact, it’s also a favourite for locals. Instead of catering to tourists, Angman says he and his team are simply “focusing on creating an amazing restaurant.”

“It’s our best chance of showcasing the talents of our chefs, amazing group of servers, and great bar team,” says Angman. 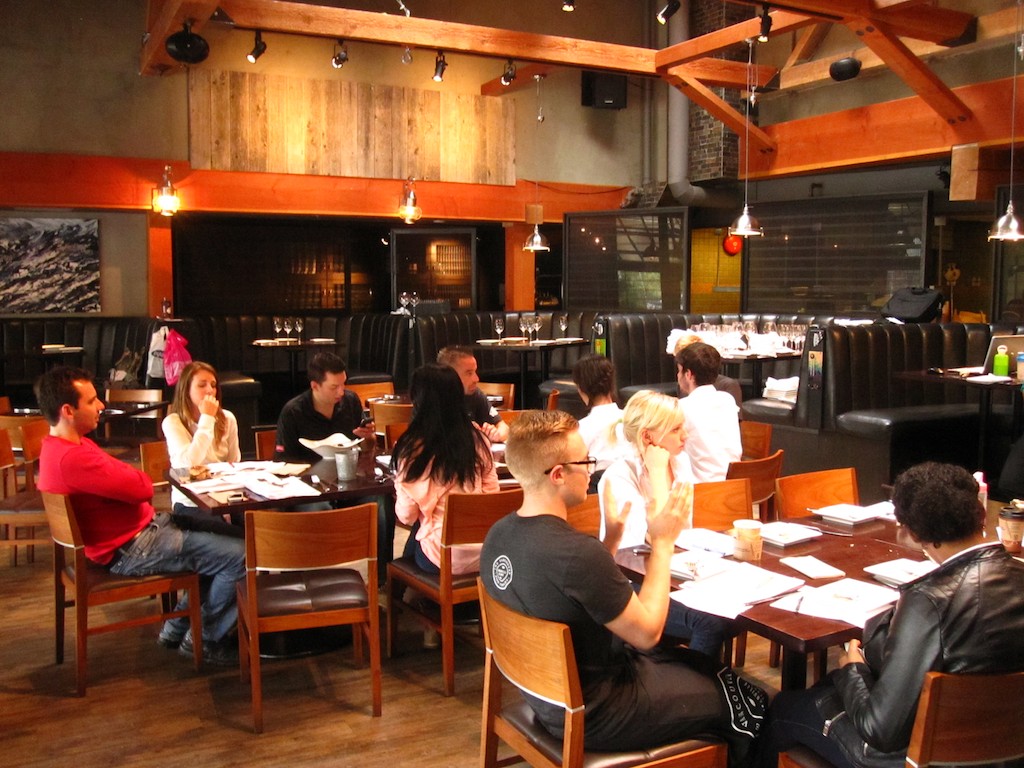 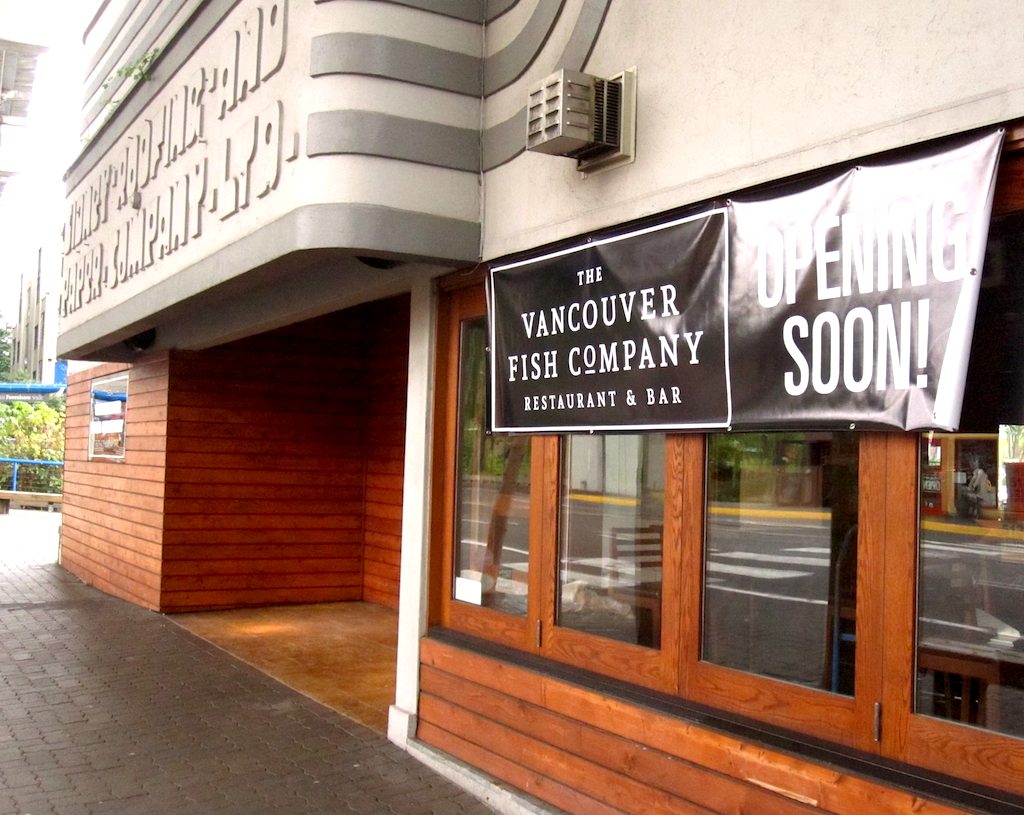 The Vancouver Fish Company is slated to open at dinnertime on Friday, September 19.