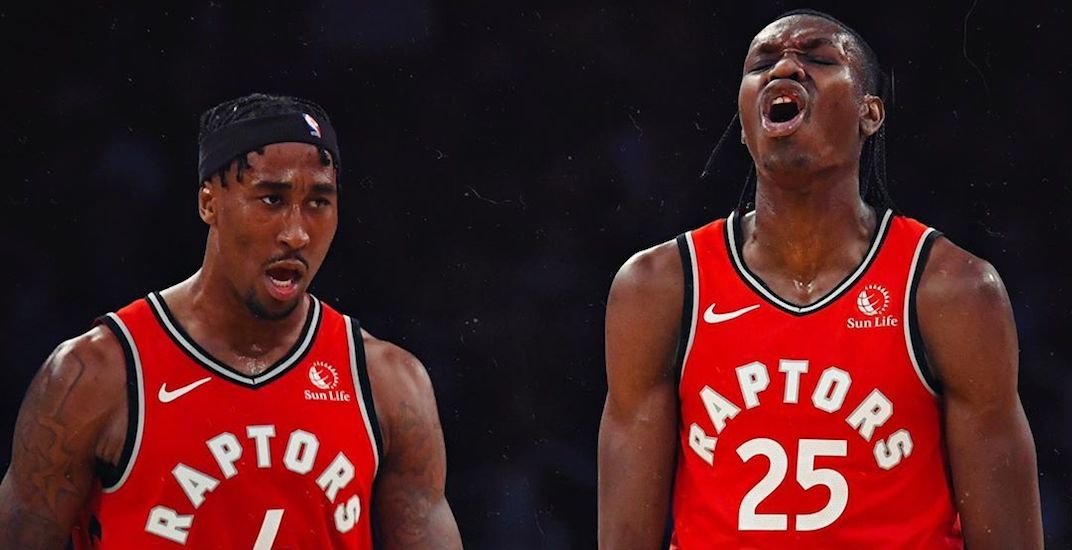 The ‘Bench Mob’ is back.

Following Kawhi Leonard’s departure from Toronto, there was a lot of chatter from fans and media about how the Raptors would compete. So far this season, the team has proven otherwise.

There have been a lot of positives to take away early on this season, from the MVP-calibre play of Pascal Siakam to the continued improvement of Fred VanVleet, but what has put the league on notice most recently is Toronto’s bench.

With key rotation pieces Kyle Lowry (thumb fracture) and Serge Ibaka (ankle sprain) on the shelf, head coach Nick Nurse was forced to call upon his bench in one of the most highly-anticipated games of the season against LeBron’s Lakers and Kawhi’s Clippers on Sunday and Monday. When OG Anunoby left the game against the Clippers early on with an eye injury, Nurse had to lean on his reserves that much more.

This was the same bench that Nurse blasted in preseason for not working hard enough on defence and the tough love seems to have worked.

Raptors fans are extremely familiar with Kawhi’s talent level, but Rondae Hollis-Jefferson came off the bench and gave the ‘Board Man’ difficulties all night long.

RHJ used his length to stay in front of Leonard while forcing him into double-teams and difficult shots. Leonard didn’t score his first field goal of the game until the third quarter, finishing with a season-low 12 points and shooting a miserable 2-for-11 from the field. It wasn’t just Kawhi that Hollis-Jefferson smothered either.

He was all over the floor, finishing the game with nine rebounds, three steals and one block. The fact that Hollis-Jefferson was able to handle guarding Kawhi Leonard and, the night before, go toe-to-toe with LeBron James bodes well for the Raptors defensive depth.

Another Raptor that turned heads was Chris Boucher.

The Montreal native has stepped into a bigger role in the absence of Ibaka, playing over 20 minutes per game in the past two contests – well above his average of 10 per game.

The results have been impressive. He scored 13 points and added six rebounds against the Clippers, while submitting an early entry for block of the year.

HIS NAME IS CHRIS BOUCHER AND HE SAID NAW FAM. pic.twitter.com/FUElkw6jD5

The night before against the Los Angeles Lakers, Boucher dropped 15 points to go along with two steals and three blocks, shooting the ball with confidence and looking very poised against one of the league’s best teams.

The Raptors were able to pull off a decisive win over the Los Angeles Lakers 113-104 and although they showed tremendous heart, Kawhi Leonard and the Clippers were able to come out on top 98-88.

VanVleet on taking Kawhi out: "I mean he got the win so I don't know if we're into moral victories. But we definitely went in trying to take him out of the game. He got a lot of our focus, just making it tough on him, making him work and throwing 4 or 5 bodies at him."

It remains to be seen how serious the injury to Anunoby is. He was poked in the eye by Leonard and was seen leaving the arena with a bandage over his right eye.

The @Raptors first game against Kawhi Leonard is already off to a bit of a rough start, as OG Anunoby leaves the floor after getting inadvertently poked in the 👁️ by Kawhi.

Catch all the action on SN and SN NOW 📺#WeTheNorth pic.twitter.com/hPAXbniKcU

Kawhi said he went for a steal and ended up hitting OG in the face, said he'll text him and hopes he's OK.

The Raptors, who now have a 7-3 record on the season, will continue their current road trip on Wednesday when they face the Portland Trail Blazers.