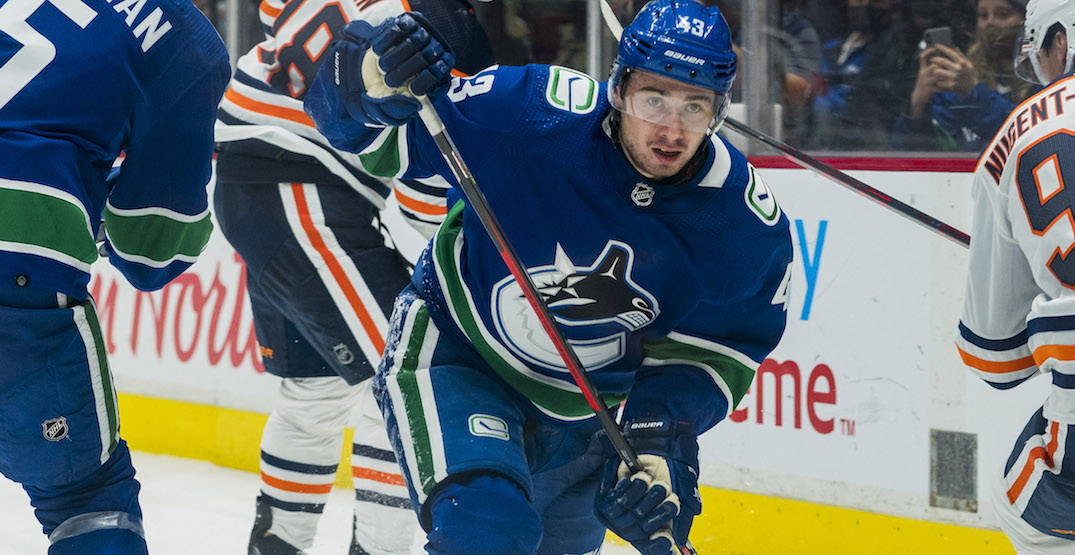 We don’t know exactly what is ailing Quinn Hughes, but the Vancouver Canucks defenceman is close to returning to the lineup according to his head coach.

Travis Green said that Hughes had a “lower body injury.” It’s unclear if it’ll keep Hughes out of tonight’s lineup in Chicago, though he was among just three Canucks skaters on the ice today according to The Athletic’s Thomas Drance — which is an indication that the dynamic defenceman could be scratched again.

The Canucks were a wreck without Hughes Tuesday in Buffalo, as they were thoroughly outplayed by the lowly Sabres. Hughes logged heavy minutes in each of Vancouver’s first three games, playing an average of 27:39 — including 29:09 Saturday against the Red Wings.

Hughes missed practice on Monday with what Green described as a “maintenance day.” He was back on the ice at Tuesday’s skate, but didn’t play that night. The 22-year-old blueliner didn’t take part on Wednesday’s grueling practice, as Green was not pleased with the performance of his team the night before.

Just four games into the season, tonight’s game feels like a big one already for the Canucks. They’ve lost two in a row in regulation to teams that are expected to be doormats again this season, in Detroit and Buffalo.

Green said his team didn’t “pay a big enough price to win” in Detroit, and centre Jason Dickinson described the team’s play as “soft.” Those are damning words at any time of the season.

Second-year goalie Kevin Lankinen is getting the start for Chicago, in place of Marc-Andre Fleury. Former Canuck Adam Gaudette looks like he’ll be a healthy scratch.

The Blackhawks have a record of 0-3-1, so a loss to them now would sound alarm bells in Vancouver.

The last game of the road trip is Saturday in Seattle for the first-ever Kraken home game. The Canucks’ home opener is Tuesday against the Minnesota Wild at Rogers Arena — the first game in Vancouver at 100% capacity since March 10, 2020.