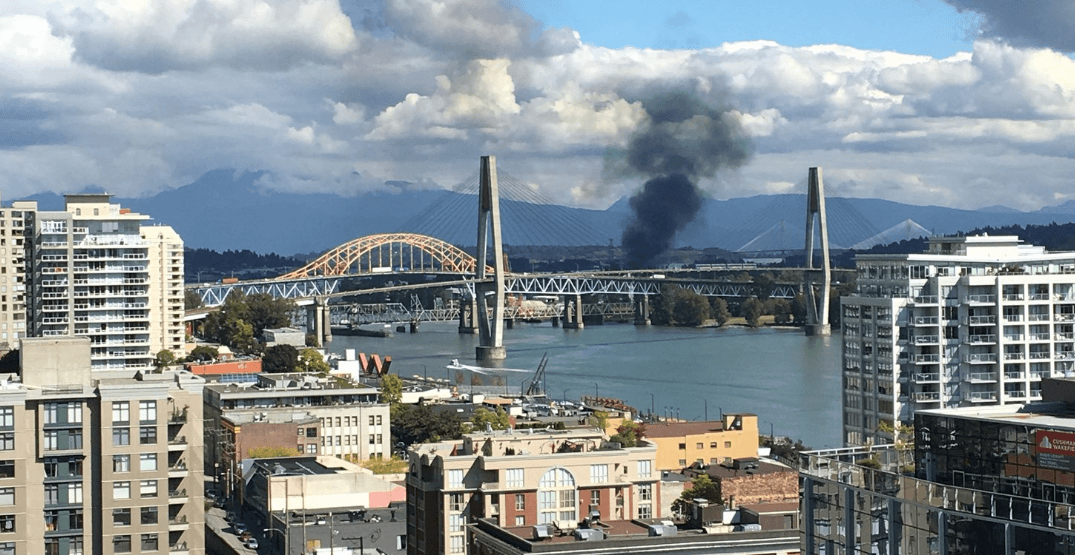 An industrial fire has shut down parts of Highway 17 in Surrey.

Surrey RCMP is currently assisting fire crews with a blaze in the 13000 block of 116th Avenue.

We are on scene assisting Fire Services with a fire in the 13000 blk of 116th Avenue. Hwy 17 is closed in both directions between 128th and 117th Avenue. Please avoid the area. pic.twitter.com/SKONNxikxb

Commuters should note that Highway 17 is currently closed in both directions between 128 and 117 Avenue.

Police are instructing the public to avoid the area.

@GlobalBC fire in surrey on the Fraser river. Views from the Coquitlam side. Seeing big flames coming from it pic.twitter.com/dKjHaQIHN4