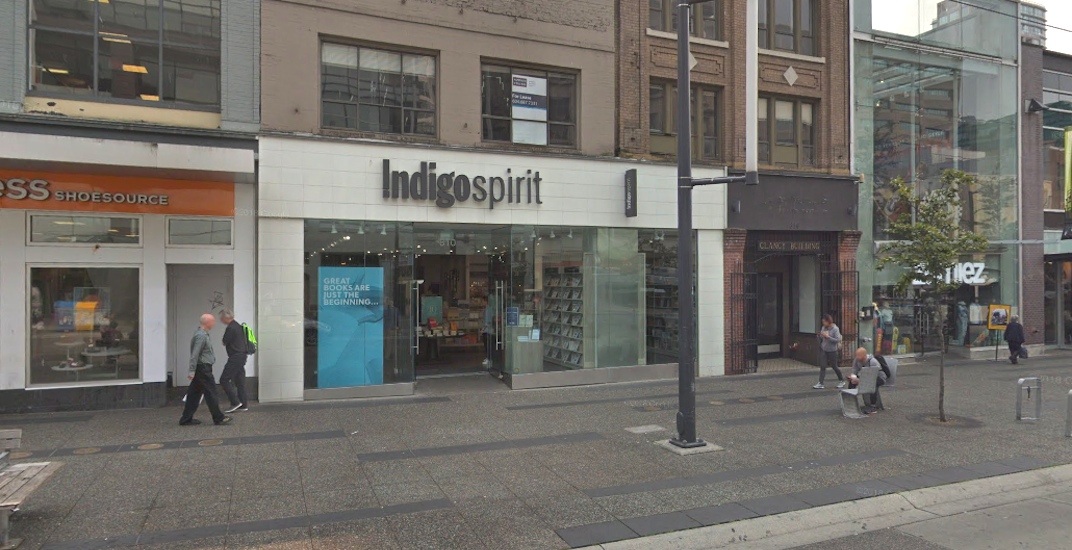 Tania Borle, vice-president of retail for the western Canada division of Indigo, confirmed the planned closure with Daily Hive, as the small 5,000-sq-ft store was always intended to be a temporary placeholder in the downtown Vancouver market until the retailer could return with a new replacement flagship-sized store.

The Indigospirit opened in a former Aldo space in late-2015, a few months after the company closed its longtime Chapters flagship store in a 52,000-sq-ft, three-level space now occupied by the Sport Chek flagship.

“We are so excited to have returned to Robson’s globally renowned shopping district and serve the book-loving Vancouver community with our new flagship store,” said Borle.

It is not currently known what will replace the Indigospirit.