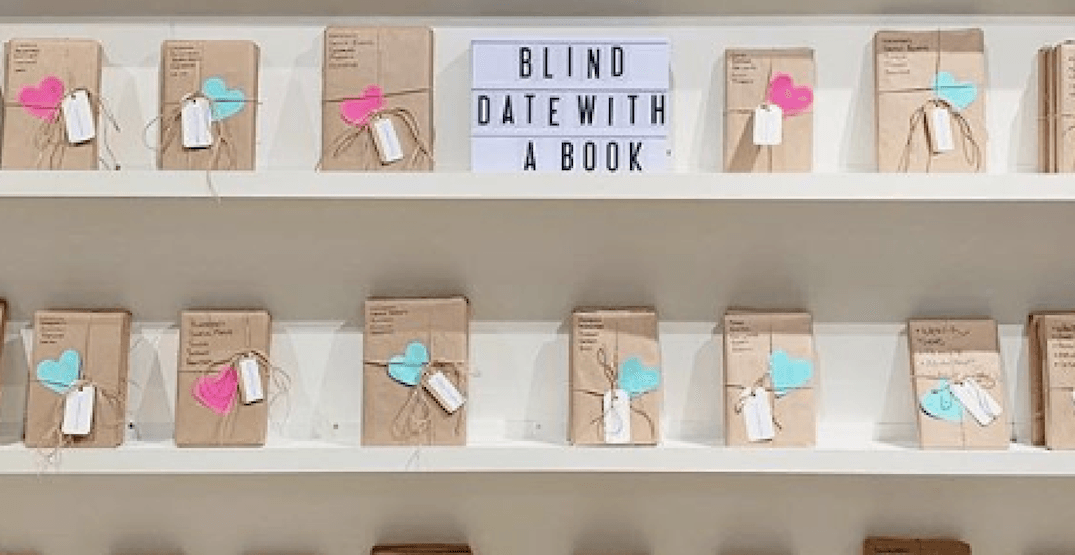 Noting that it “incorporates a love of books with the excitement of choosing that perfect gift,” Indigo on Robson Street has unveiled its “Blind Date with a Book” initiative, in celebration of Valentine’s Day.

The store “chose several of their most popular recent titles and wrapped them in plain brown paper,” said spokesperson Melissa Peri. “Each book was then described in a few choice words such as the location, theme or plot highlights to get a sense of the story without knowing the title, with the ultimate goal of introducing customers to their next great read in a fun and unexpected way.”

This display, she furthered, was created for the plum rewards Member Shopping Night on February 3, and due to popular demand, they’ll be leaving it up until Tuesday, February 19.

And while this specific display is a local initiative, “we know that several other stores across the country have also created similar displays,” added Perri.