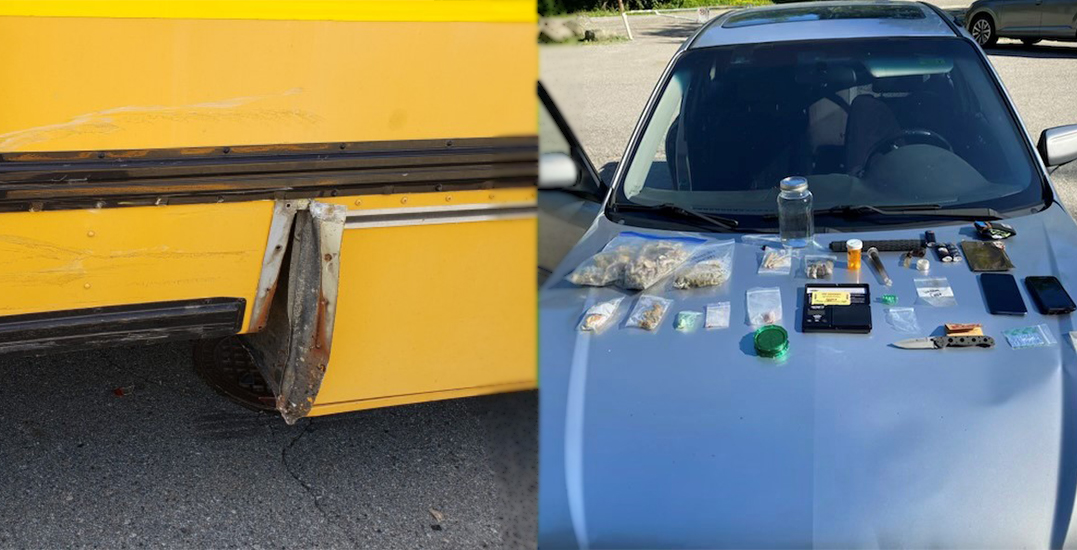 A 20-year-old driver has been arrested after striking a school bus with children onboard while he was suspected to be impaired.

The Burnaby RCMP says that the incident occurred on Thursday at approximately 3:40 pm. Frontline officers responded to the hit-and-run, which occurred in front of Montecito Elementary School.

The suspect vehicle, a silver sedan, reportedly struck a moving school bus that had children on board. It belonged to a nearby Catholic school. Fortunately, none of the children nor the driver were injured. 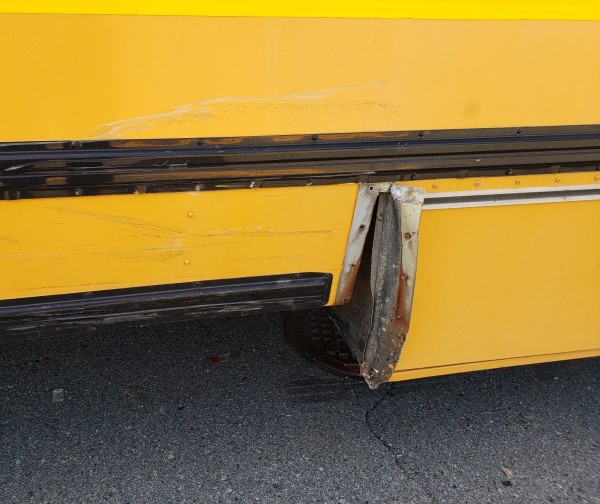 A school bus with children on board was struck by a suspected impaired driver (Burnaby RCMP).

Police say that a suspect vehicle was located shortly after near the Burnaby Mountain Golf Course. The driver, a 20-year-old Burnaby man, was suspected of having been impaired and was arrested and taken into custody.

“The suspect driver is believed to have been impaired by drugs,” RCMP says in a release. The Burnaby RCMP will be recommending Motor Vehicle Act charges as well as criminal, impaired driving, drug trafficking, and weapon possession charges.” 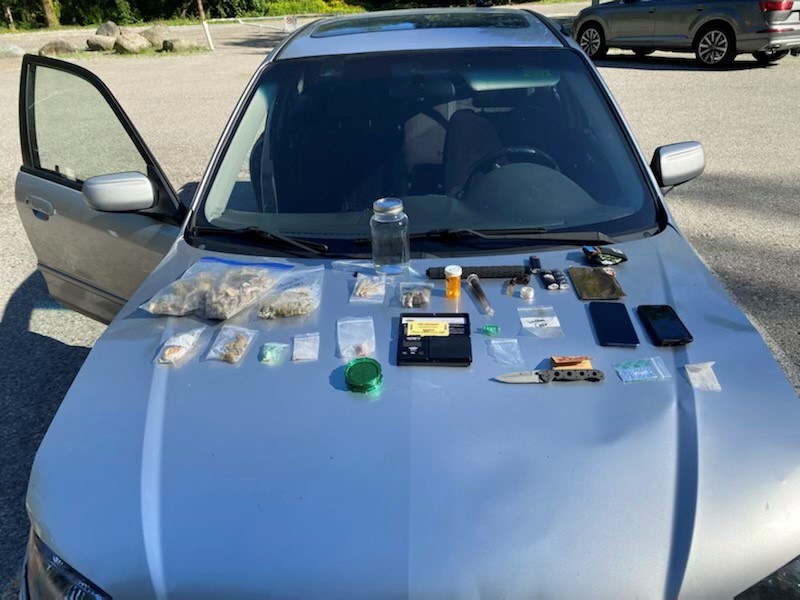 Police add that a large quantity of cash, illicit drugs, and several weapons were also seized as a result of the investigation.

“Our Burnaby RCMP Youth Section has been in close conversation with the schools involved,” said Cpl. Brett Cunningham. “Our primary concern is the safety of the children and the public. Our Youth Section officers are continuing to investigate the reason for the suspect to have been outside the school and will remain in close contact with school administrators.”