This equates to five people per day losing their lives to illicit drug overdoses, notes the BCCS. 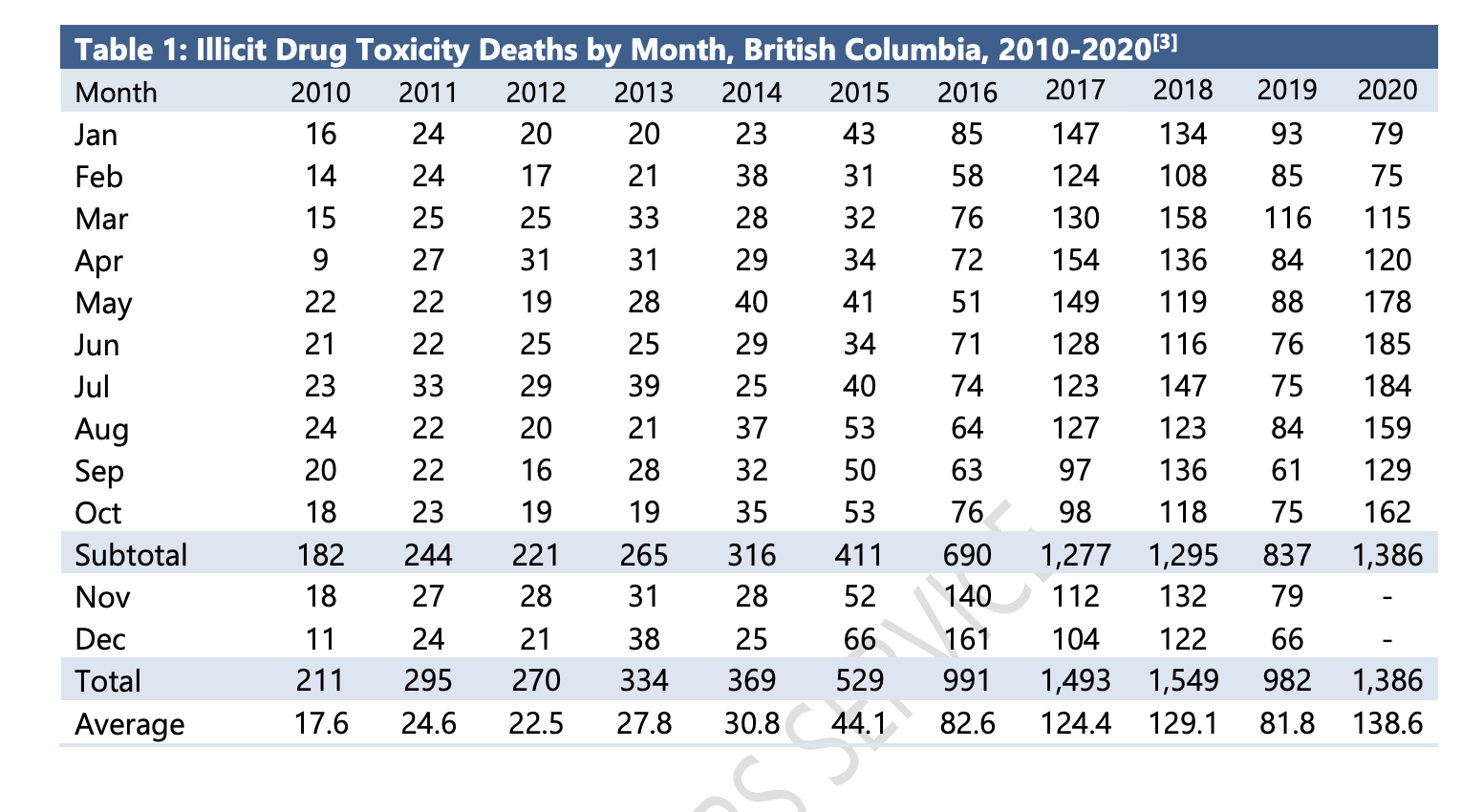 With these latest figures, the BCCS said the province has now recorded eight consecutive months with over 100 illicit drug toxicity deaths. This is also the fifth month this year with over 160 suspected illicit drug deaths.

There have been 1,386 illicit drug deaths to date in BC. “The number of deaths in each health authority is at or near the highest monthly total ever recorded,” notes the BCCS.

The cities experiencing the highest number of illicit drug toxicity deaths in the province are Vancouver, Surrey and Victoria.

“The COVID-19 pandemic continues to have a devastating effect on the overdose crisis in BC,” stated Provincial Health Officer Dr. Bonnie Henry.

“Exacerbating this is the highly toxic drug supply that exists in our communities right now. This latest report shows the tragic impact this crisis is having on British Columbians, and this is a problem for all of us. Now more than ever, we must remove the stigma of drug use and remove the shame people feel, which keeps them from seeking help or telling friends and family.”