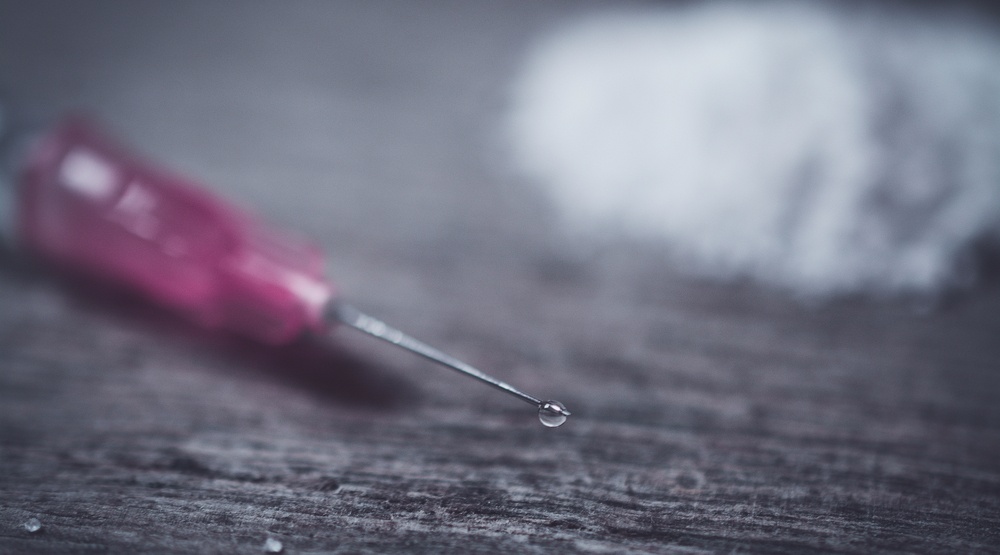 The number of illicit drug related deaths may have gone down for the second month in a row, but the opioid crisis is still a major — and deadly — cause for concern in BC.

An update from the BC coroners service shows that 102 people died from illicit drugs last month, down from the 117 lives lost in January. Yet last month’s total is still nearly double February 2016’s total of 59 deaths.

The report found that just over one-third (34%) of BC’s deaths occurred in Vancouver, and cocaine was the drug detected most often in overdose deaths – it was found in 49% of cases.

229 people have died from illicit drug overdoses in the first two months of 2017 alone, which is more than the 211 deaths that occurred throughout the entirety of 2010.

Chief coroner Lisa LaPointe urges caution to those who are using illicit drugs.

“We are still losing cherished members of our communities at a terrible rate,” LaPointe said in the report.

“People are dying in far higher numbers than we’ve ever seen, and a slight decrease in fatalities from the previous month should not be seen as any indication that the risk has decreased.” 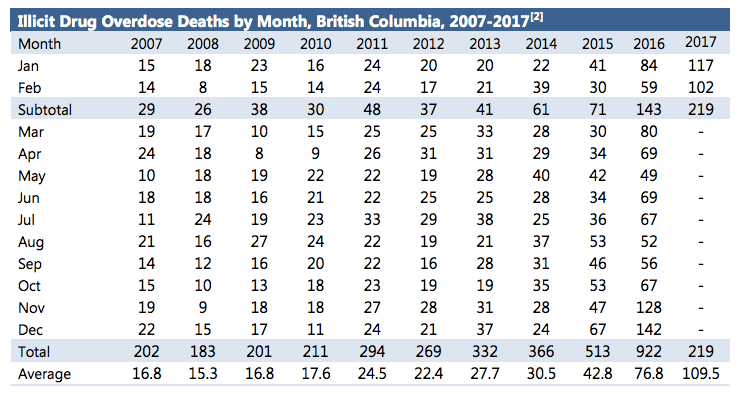 Total overdose deaths by month (Image by BC Coroners Service)

The slight decrease from January to February (117–102), and from December to January (142–117) may have to do with increased efforts in anti-overdose services.

“People need to be encouraged to visit these sites as the majority of deaths are occurring when people use illicit substances without medical attention or assistance nearby,” LaPointe said.