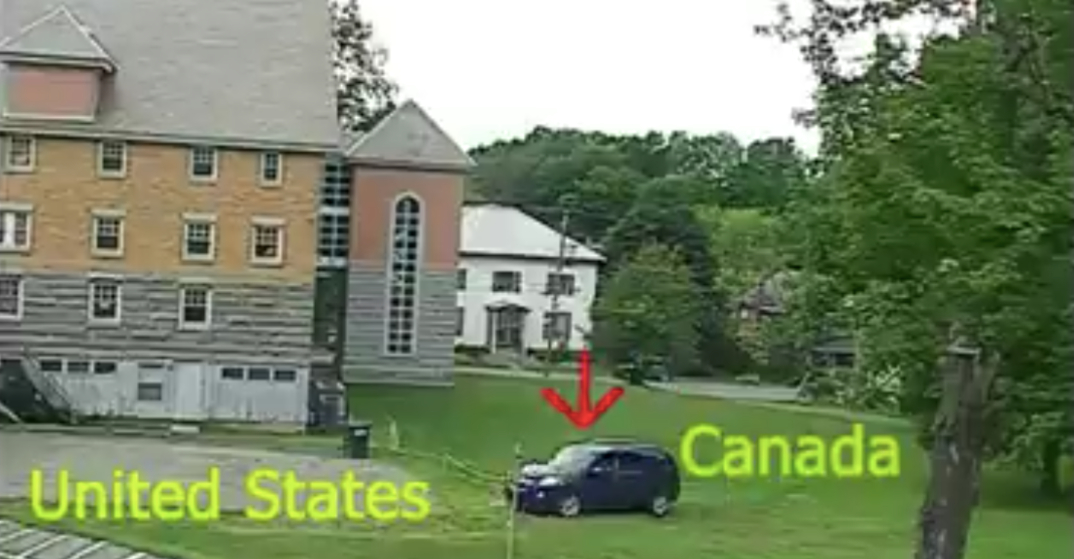 Seven people were expelled back to Canada after entering the US illegally from Quebec by driving across the lawn of a library.

An SUV with seven people entered into Vermont by illegally crossing the Haskell Free Library and Opera House on July 4 but were caught by United States Border Patrol heading south on Interstate 91.

According to Chief Patrol Agent Robert Garcia of the US Border Patrol, the SUV’s occupants were residents of Canada, France, and Romania.

The video was recorded by cameras on utility poles near the library. In the video, you can see the SUV nearly collide with an oncoming car as it enters the US via the backside of the library.

On July 4th, an SUV illegally entered Derby Line, VT from Canada by driving over private property & nearly collided with another car. Vigilant #USBP Agents intercepted the SUV on I-91. The 7 occupants were citizens of France, Canada & Romania. All 7 were expelled to Canada. @CBP pic.twitter.com/5x1jOriSH4