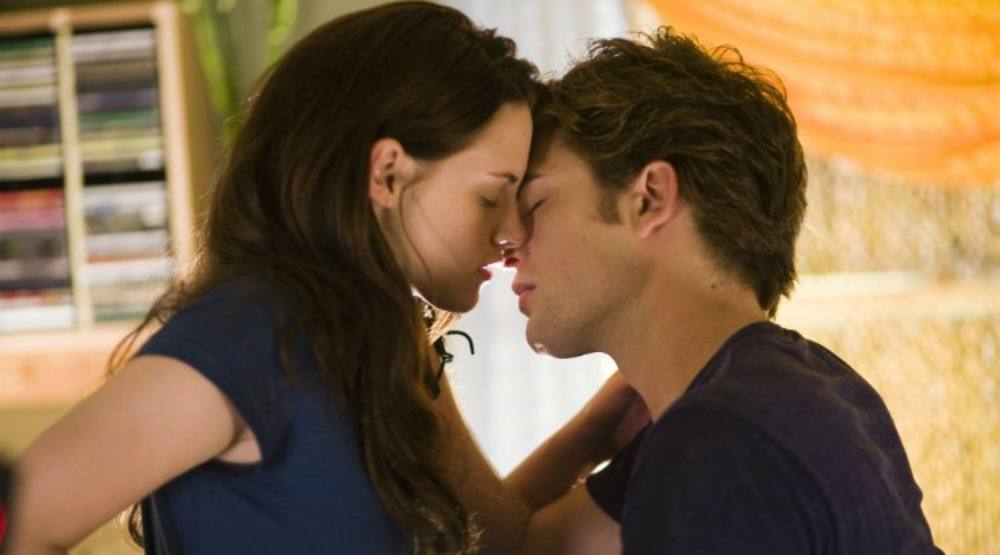 Vancouver’s second-hand game has always been strong. From our antique alleys and malls, to the retro stores on Main, and the oddities collections throughout Gastown, we’ve got it all.

Join Daily Hive as we team up with Kijiji to showcase “Second-Hand Van,” a web series showing the amazing things West Coasters are doing with the second-hand economy.

We’re kicking off our four-part series with a feature on art direction – right here in Hollywood North – and how the local second-hand scene made some iconic movies within the 80s, 90s, and noughties possible.

It happens to all of us Vancouverites. We settle into our seats, popcorn and pop in hand. The lights dim. The reel rolls. Minutes in someone in the aisle says: “hey, that’s Bentall 5.” And there’s Crab Park. And now there’s Squamish. Suddenly, we find ourselves on a location hunt, trying to place the shot: Deep Cove, SFU, Gastown, oh wait, I had lunch there yesterday…

To have ENCOM Tower (Tron), India (MI:4), and North Korea (The Interview) all within a few blocks of each other, we don’t have to tell you that there’s a ton of work that goes into re-dressing our fair city. Enter: the army of Art Directors in town who hunt locations and unique objects, to make it all possible.

Prior to the interweb, all of this was done manually — searching shop by shop for obscure piece to set the desired tone — as seen in the first episode of Second-Hand Van, which Daniel Fu hosts along with the entire series. (Fu is a second-hand economy expert and past host on The Liquidator on OLN Canada.)

Nowadays, Vancouver’s second-hand economy lives largely online. Want to sell that beautiful antique lamp your grandma gave you? Yep, you might see it in a shot set in post-apocalyptic Russia (sorry, grandma).

In honour of our city’s Art Directors, we’ve compiled a list of seven iconic films from the 80s, 90s, and Noughties – all shot in Vancouver. These second-hand pieces were no doubt picked up locally to make all these films possible.

Action-packed Blade: Trinity came to life on camera in our very own downtown Vancouver circa 2004. Scenes were filmed right at the intersection of Granville and West Georgia Street at nighttime to give the movie its cryptic, dark effect. Directed by David S. Goyer, the movie sees Blade join the Nightstalkers to face Dracula in an extreme battle. While all that’s intense, we can’t help but wonder (and hope) that someone found Wesley Snipes long black leather red-lined coat in the second-hand scene here.

In 2009, the cast of Twilight – Robert Pattinson, Kristen Stewart, Taylor Lautner, and Ashley Greene – came to Vancouver to shoot epic fantasy scenes in both Kitsilano and Stanley Park. Beautifully directed by Chris Weitz, art direction shines through in the Cullen House. Located on the North Shore, the house is loaded with locally sourced art, books and MCM furniture. And, who can forget the first time Bella saw Edward’s power in action! 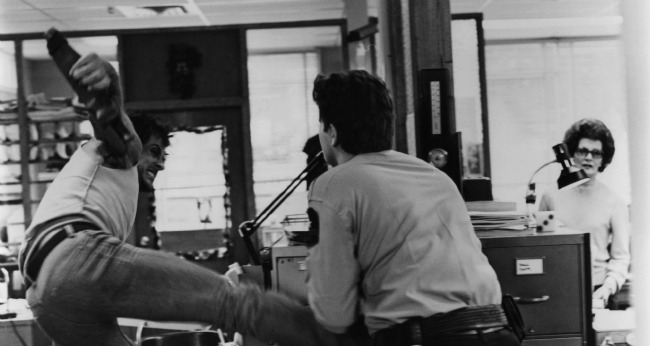 The Sylvester Stallone Rambo classic was shot just outside the city in Golden Ears Provincial Park back in 1982. Era-centric, the action movie revolves around old school cars, some bloodshed, high-waisted jeans, and voluminous hairstyles that make this film truly iconic. While our beautiful province was a co-star, you gotta love the what was likely the first appearance of a County Sheriff in Hope! 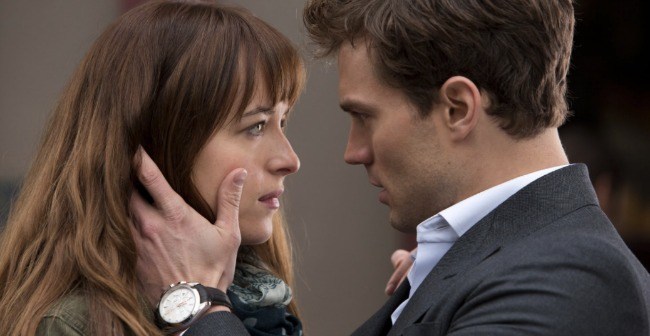 Although the movie is set in Vancouver and Seattle, so much of the filming in 2014 took place in Vancouver. Director Sam Taylor-Johnson captured the Gastown, downtown, and even the seawall where Christian Grey ever-so-casually goes jogging. Bentall 5 even got a rebrand as Grey Tower. Most little details that went into creating the billionaire look for Christian were locally sourced, and we love the fact that a hardware store in Ladner even played itself! 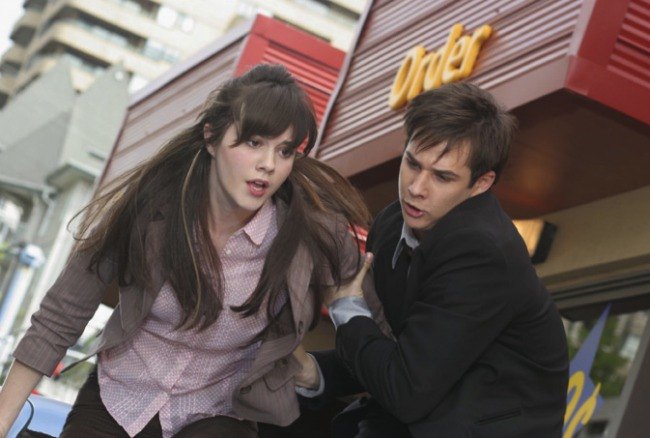 In 2006, this horror directed by James Wong features an almighty force (one can say fate) that aims to make sure no-one escapes their fate. Playland’s ‘Corkscrew’ rollercoaster is the Devil’s Flight coaster in the movie. And, art directors have packed the PNE with tonnes of classic carnival props to further the scene-setting. Oh, and there’s a sun bed scene you might remember, too! 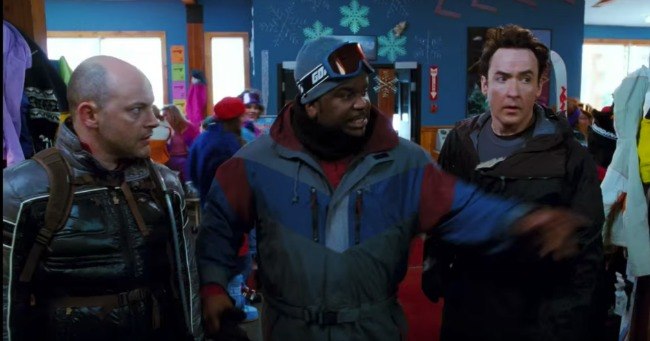 Directed by Steve Pink in 2010, this comical film sees three friends being taken back in time by a time machine at a ski resort. The characters re-live an important night in 1986, trying not to alter their future fate. As their entire setting changes, so do the characters’ appearances – they change into ’80s ski gear with haircuts to match, listening to music on a classic bulky boombox. You know that was a local second-hand find! John Cusack, Rob Corddry and Craig Robinson star in the movie, which was filmed at Mount Seymour and Fernie Alpine Ski Resort in BC. 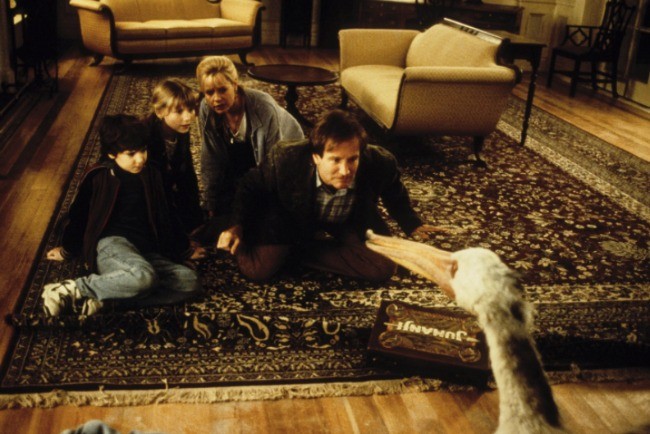 This classic starring Robin Williams was shot in Vancouver way back in 1995. And, it’s a required re-watch every few years. The scene is set by young Alan Parish uncovering a mysterious board game, which, on the roll of the die, magically transports him and his friend Sarah into the jungles of Jumanji. Shot, in part, at Maple Ridge Water Park, antique props are featured throughout the movie in the Parish home – but we can’t take our eyes off the vintage sneaks.

All of these Vancouver-shot movies have benefited from our amazingly versatile city, made possible by the world-class art directors in our fair town. These unsung heroes sift through alleys, malls, oddities stores, and online to find the perfect props for the scenes they are trying to set. It’s a pretty cool gig. To learn more about the process an art director goes through, and learn more about our cool second-hand economy in town, check out Kijiji‘s Second-Hand Van web series hosted by Daniel Fu.