If ice cream and shaved ice had a love child, it would probably end up looking like Taiwanese shaved ice. Also known as “snow fluff,” “snow cream,” “snow ice,” “fluff ice” or “shaved snow,” what’s now being served up at Icepik Shavery in Vancouver reflects an East-meets-West spin on the popular cold treat.

Icepik owner Dave Le, who left the world of IT to launch his “snow cream” business, says he was wowed by his encounter with the product in Taiwan and in California, where the treat has grown in popularity in the last couple of years.

Though there is water-based shaved ice that is beloved all over the world, this is a variation called “xue hua bing” in Taiwanese “which literally translates to ‘snow flower’ (a.k.a. snowflake) ice,” the L.A. Times explained in 2014. Even Lee says when he first saw xue hua bing he thought “that looks like a really pretty flower!”

Le wanted to introduce Vancouverites to the visually stunning and flavourful treat, so he perfected the Ice Pik recipes for their flavoured milk-and-ice blocks, and the art of making pillowy rice cakes (one of their many toppings), and set up a bright, welcoming, and customer-centric shop in bustling Collingwood.

Icepik’s “snow cream” starts with a block of “ice” that’s made with milk (higher milk fat for the non-fruit flavours) that’s shaved into fluffy, beautiful folds of ribbons in a cup. Customers can choose from their permanent roster of base flavours: Black Sesame, Green Tea, Mango, Mint, Taro, and Vanilla. 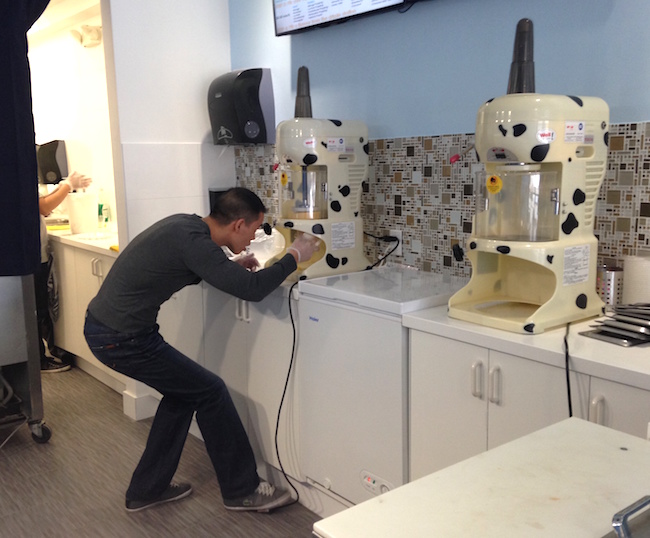 When ordering up the mango, explains Le, customers can taste that they use fresh fruit puree in the mix, so that the end result is a densely-flavoured “snow cream” that is at once light and airy, but still rich and creamy on the palate.

Le says he wants to take a more Western approach to the shop layout, especially at the counter area, where customers are able to see the full array of toppings, and help themselves to the syrups and “drizzles” (like the requisite condensed milk, or caramel) as much as they’d like. Icepik has fresh fruit, rice cakes, jellies, popping boba (tapioca pearls that have a fruity liquid interior), Oreos, chocolate chips, cheesecake pieces, and Le says they’ll also add in other toppings as things are in season. 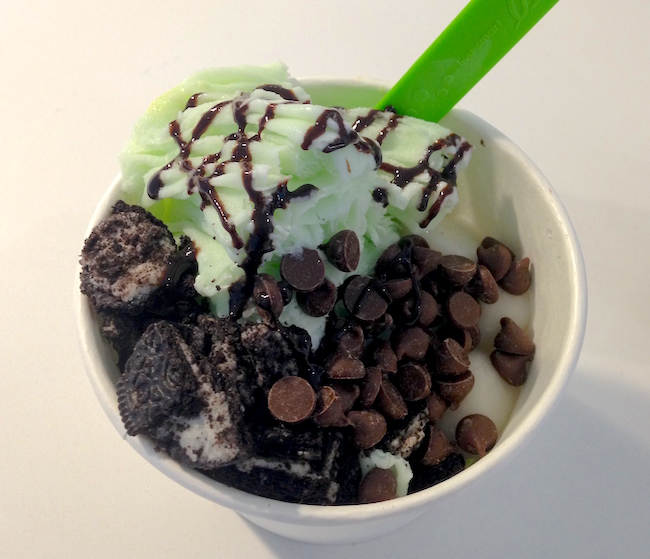 Similarly, Icepik plans to roll out seasonal and special flavours–think fresh, local strawberries punctuating the shaved “snow cream” mix in summertime. They’re keeping the price point comparable with local frozen yogurt shops, so that they can offer an affordable dessert option for the area.

Customers can start with a build-your-own (or “Pik”-your-own) combo, or go with one of their selection of combos, like the Penguin’s Pik: Sesame snow cream with house made rice cakes, grass jelly, Oreo, and tapioca pearls. 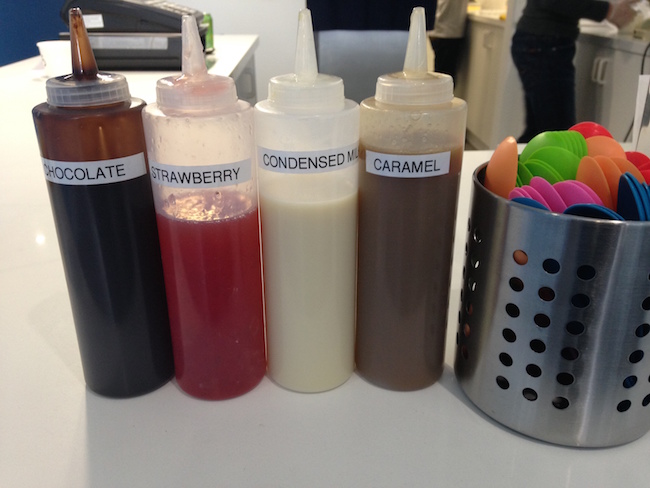 Speaking of penguins, Icepik’s mascot is the penguin, and he’s already been cheerily beckoning passers-by on Kingsway to the just-opened shop. Le says he hopes to expand Icepik to other locations in Vancouver, but until then, locals who want a taste of Taiwanese-style shaved “snow cream” need to head to Collingwood to check out Icepik. 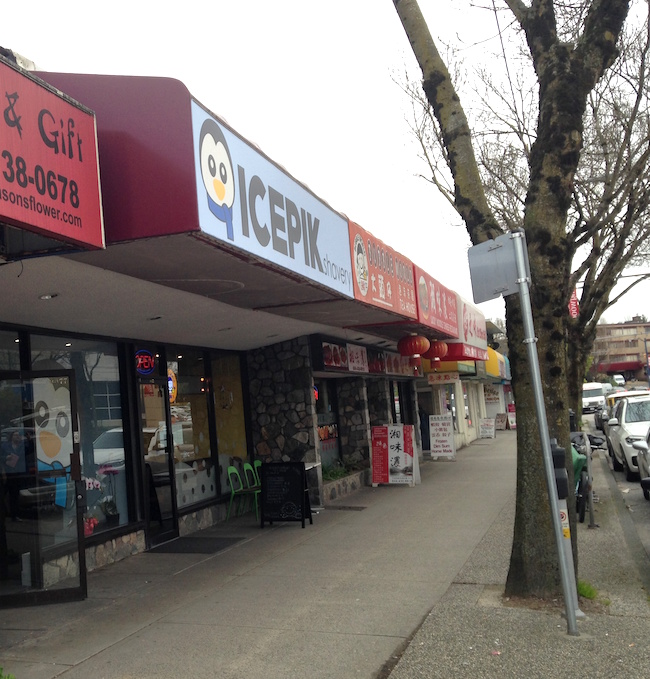