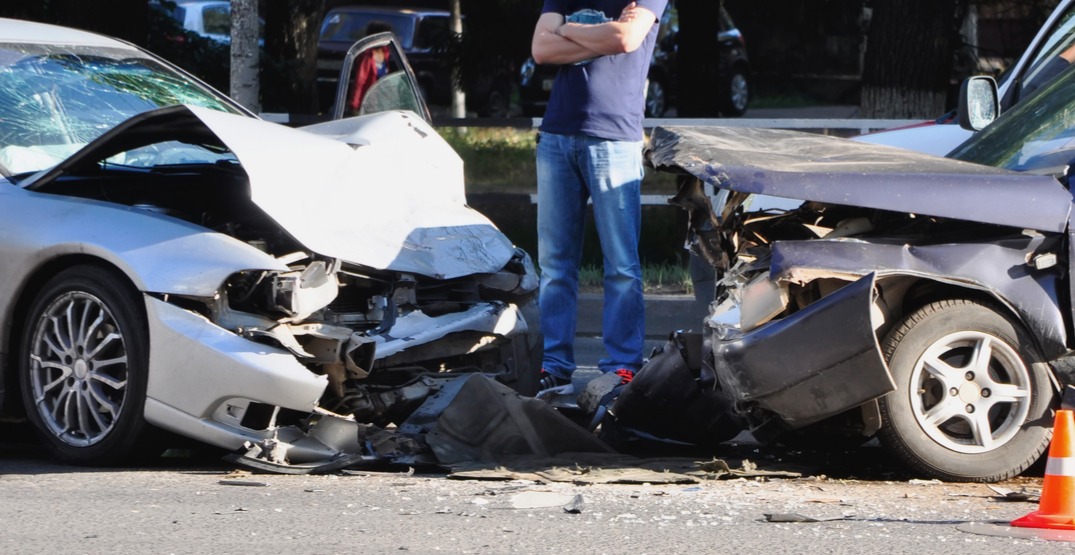 The number of car crashes in BC has hit an “all-time high” according to ICBC.

ICBC said that essentially, this means that that one out of every 10 drivers could cause a crash this year.

Despite these latest, less-than-encouraging figures, ICBC said a new survey from Insights West revealed that bad driving habits continue to persist as well. In fact, the majority (75%) of respondents admitted to displaying bad driving habits on the road.

In addition, 60% of those surveyed believe drivers are worse today, pointing in particular to distracted driving (41%), lack of respect for driving rules (22%), speeding (16%), and aggressive behaviours, like cutting someone off (12%).

In a release, ICBC speculated that some of the bad driving on the roads could be attributed to “the loss of driving knowledge.”

It noted that two-fifths of drivers surveyed admitted that there are rules of the road they’ve likely forgotten.

“We all have a personal responsibility to keep the roads safe for pedestrians, cyclists and other drivers,” said ICBC’s Lindsay Matthews. “Not only will safer driving help to reduce crashes, it helps to ensure that customers are paying the lowest possible amount for their premiums.”

There were 3.25 million BC-insured vehicles on the road last year.