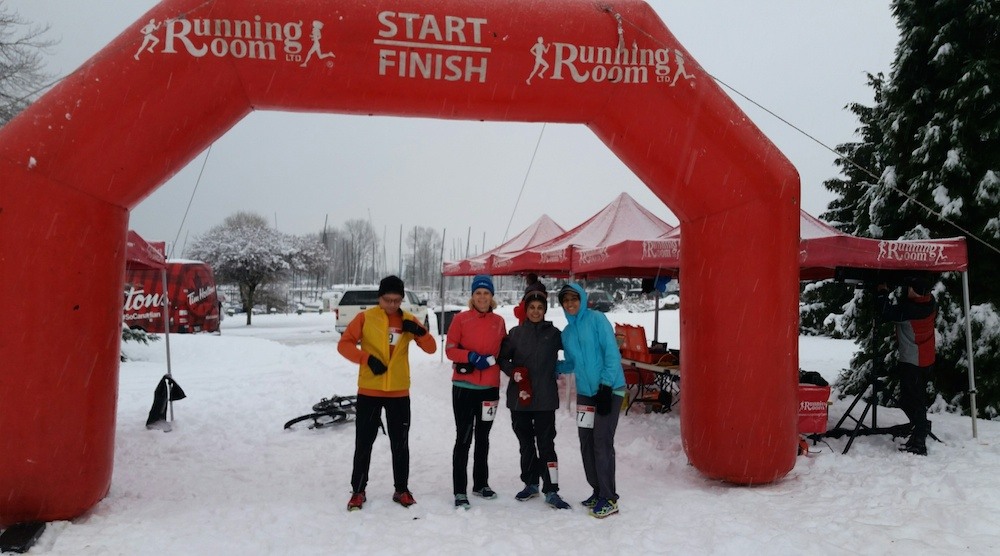 155 of the 223 race registrants braved the snow and poor road conditions this morning for the 2017 Hypothermic Half Marathon Vancouver. (Photo by: Starline Timing)

Vancouver is well known as the outdoor fitness capital of Canada – it’s a place where you can run and enjoy the outdoors year-round. But ahead of a scheduled half-marathon race today, the city experienced the same conditions that keep Canadians elsewhere in the country indoors during much of the winter season.

The Hypothermic Half Marathon Vancouver went on as planned today despite the snowy conditions along the race route. It started just outside the Jericho Sailing Club, went along Jericho Beach, looped around Jericho Beach Park, and continued west along Locarno Beach and Spanish Banks before runners turned around.

But this 21.1-km race, part of a series of events across Canada that happen early in the running season, is all about embracing mother nature’s elements. It goes on in rain or shine, and in today’s case – snow.

And with ground conditions that slow down even the best and most well-trained runners, there’s certainly no spare time to run at a leisure pace with this race: All half-marathon event runners must complete the course within a three-hour time limit.

Thanks to the volunteers for keeping us motivated during the run! Yay half marathon complete! ✔️ #hypothermichalf #halfmarathon #snowyrun #running

Running Room race organizer Nathan MacWilliam told Daily Hive there was a turnout of approximately 70% on the 223 registrations, with a number of runners likely deterred by poor road conditions this morning.

“We had a good mix of folks from the Lower Mainland, one from Seattle and one from Ireland. A few from Alberta and Ontario,” said MacWilliam. “Most people were shocked that there was snow on the ground and some were worried about it getting icy on the course.”

“Once people had completed the first loop and the snow had been packed down everyone enjoyed the race. Everyone was amazed at how much they enjoyed running in the snow and it was absolutely beautiful with all the trees having that dusting of snow.”

Valeria Kolesova, who finished her first half-marathon today in 2 hours and 31 minutes, said the layer of snow on the course had surprising benefits for long-distance endurance running.

“I thought it would make my first race even more challenging than it already was supposed to be, and a lot of runners felt this way today,” said Kolesova. “However, once the race started, I personally felt grateful for the snow because even though it was slowing me down, it wasn’t as hard on my legs, feet, and knees as a paved road normally is.”

It was #difficult, I was sweating, swearing and swelling, but I have #finished #hypothermichalf

Kolesova’s time was matched by Olivia Fournier, who said this was her slowest solo run since her first half-marathon in Paris four years ago.

“As far as my training went, I had gotten used to running in snowy conditions, but this was fresh powder with no attempts to shovel or plow,” said Fournier. “It was definitely unique to run in powder like we did today. Less than ideal, but it makes me feel like a better Canadian!”

She added that several members from her running group in Langley were unable to make it to the race today due to snow.

With Rachel Gysbers, she crossed the finish line with a time of 2 hours and 19 minutes, which is 15 minutes slower than what she normally expects.

“People seemed a bit intimidated at the beginning, joking nervously about how they might walk parts of the route, but while running the course everyone seemed exuberant,” said Gysbers. “The course was slippery in many spots along with being cold and wet, so many runners, myself included, seemed to opt to run more slowly and cautiously.”

Meanwhile, organizers of a different and larger half-marathon race planned for Sunday, the Pacific Road Runners First Half-Marathon, announced earlier today that they have been forced to cancel their 28th annual race due to slick conditions. Close to 2,000 runners were slated to participate in this race, which has a course that starts in Yaletown, goes along Sunset and English Bay beaches, and loops around the entire Stanley Park seawall. 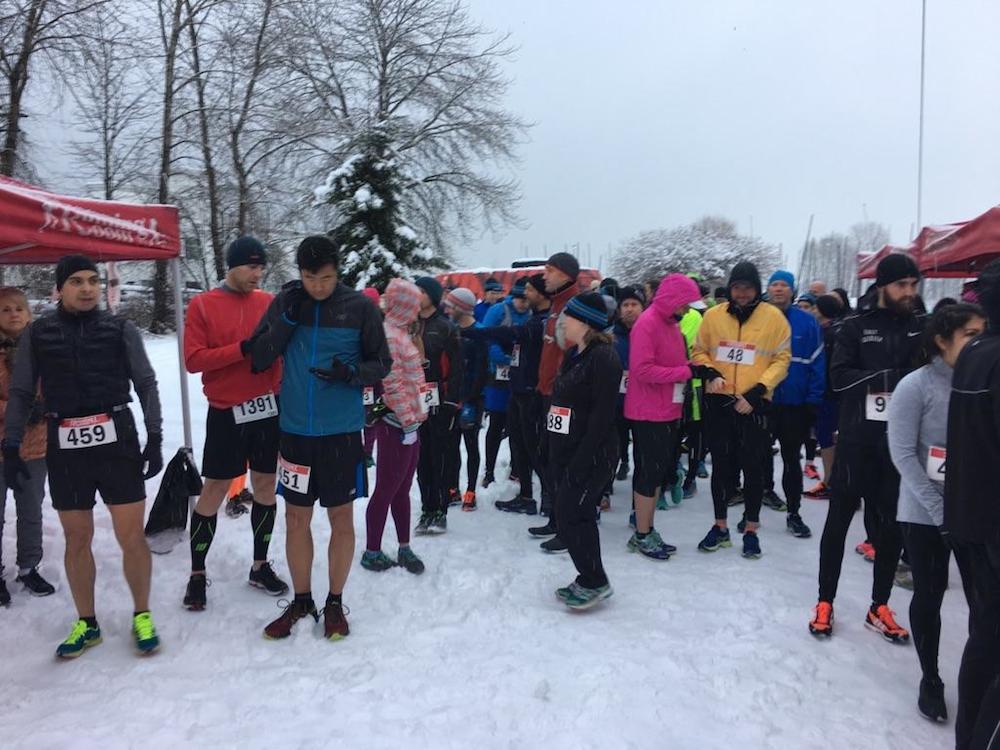 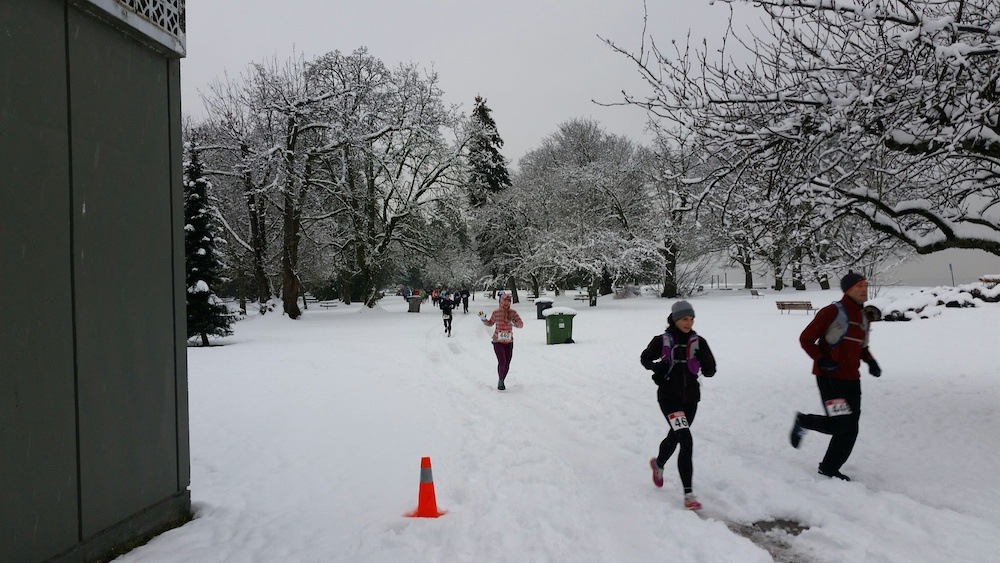 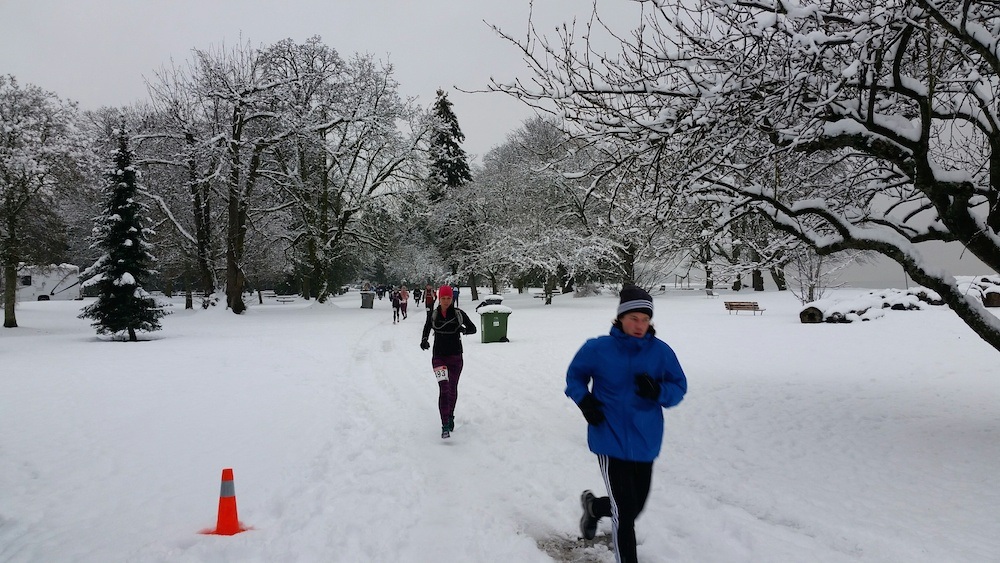 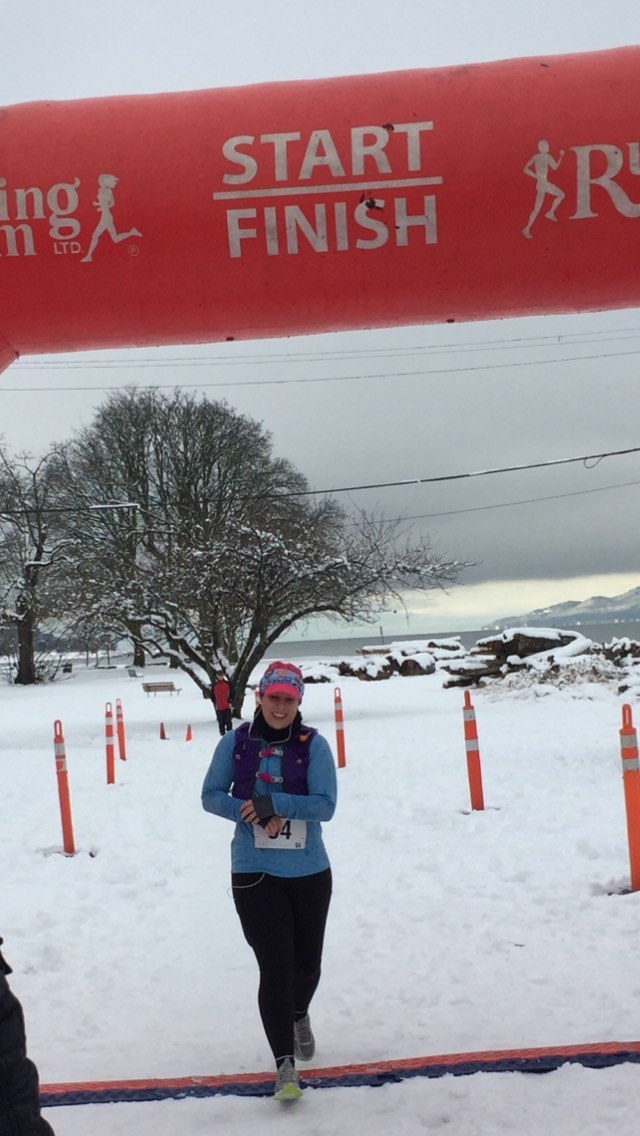 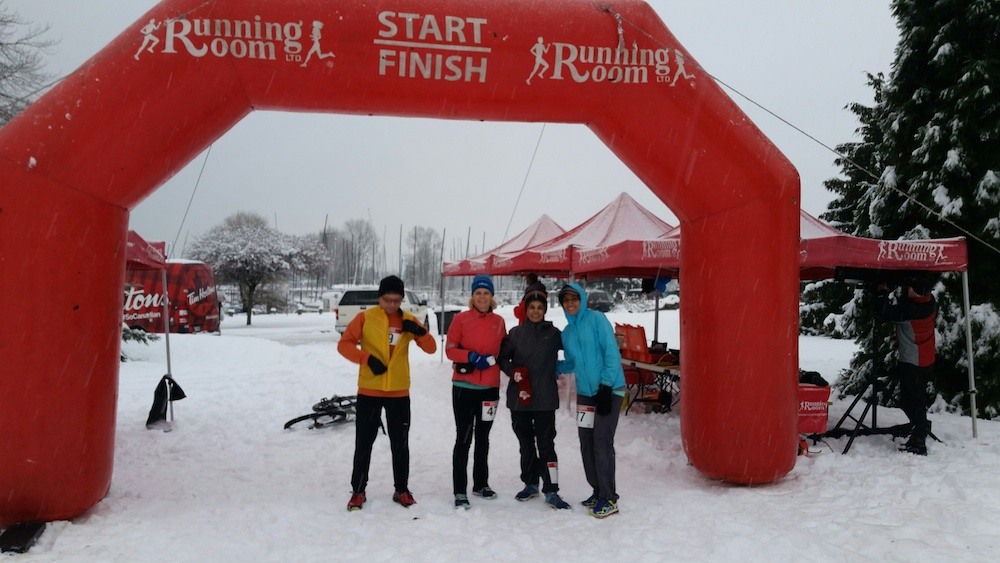 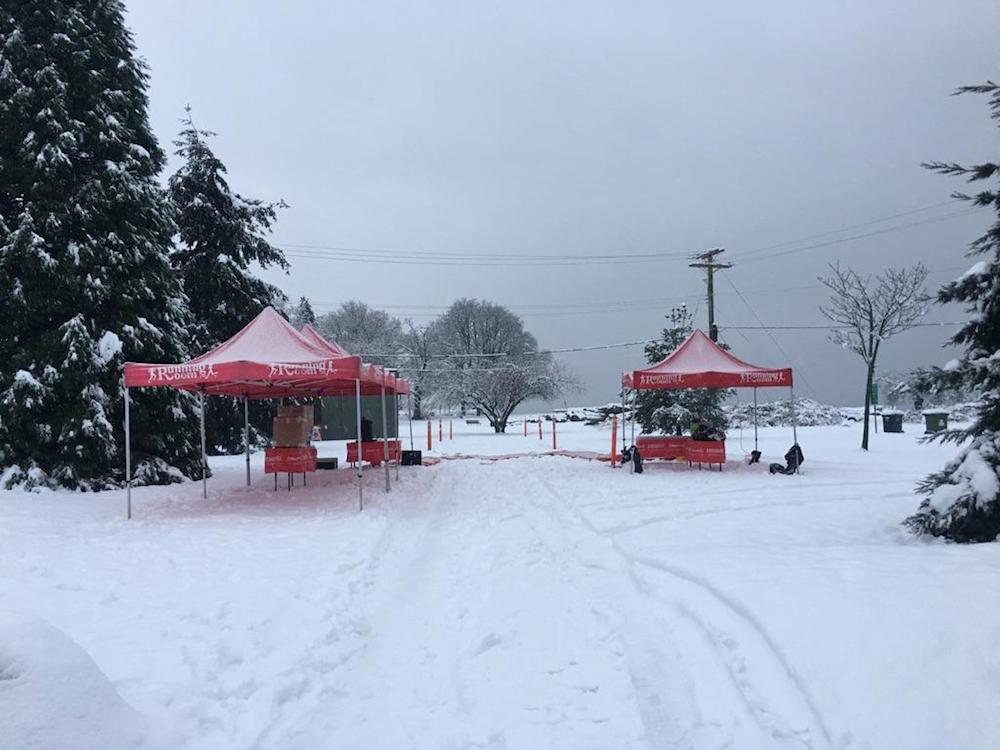