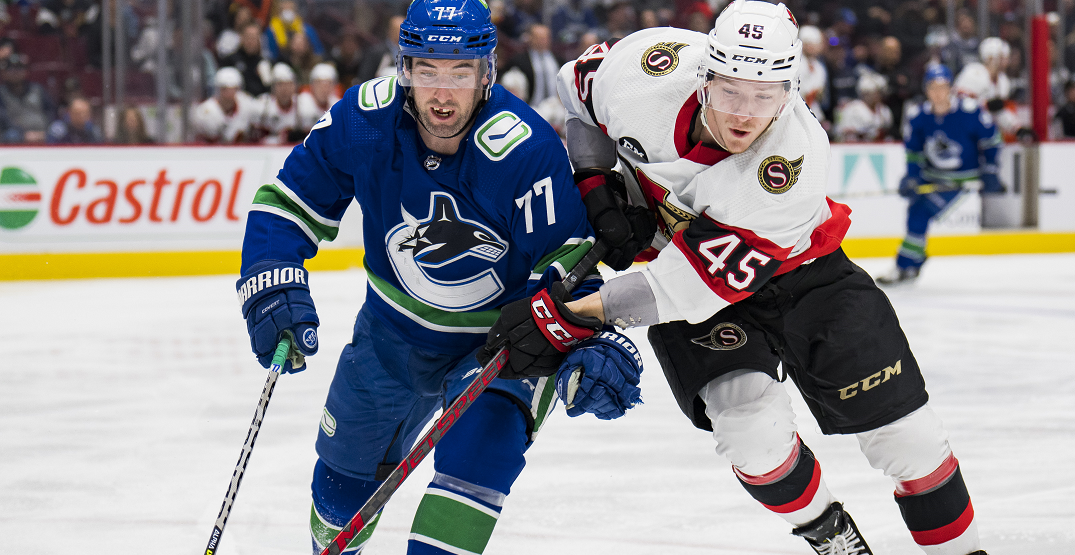 The Vancouver Canucks will be trimming a pair of players off their roster next season.

CHEK’s Rick Dhaliwal reported on Monday that both forward Nic Petan and defenceman Brad Hunt are expected to test free agency this summer.

The Canucks will not be re-signing UFA Nic Petan.

The Delta native played 18 games for the Canucks this season.

As of right now, been told Canucks UFA defenseman Brad Hunt will be exploring his options.

Maple Ridge native played 50 games for the Canucks this season.

Both players are unrestricted free agents.

Petan put up just two assists while skating in 18 games for the Canucks this season, while Hunt scored three goals and added 14 helpers for a total of 17 points in 51 games in 2021-22.

The NHL free agency period officially opens on July 13, where Petan and Hunt would be free to sign with another team. Of course, they still could return back to the Canucks, but it seems like they’ll be at least testing the waters around the NHL.