The store has only just opened, but line ups for the brand-new Nordstrom at Pacific Centre already wrap around the block.

An estimated 500 people formed three lines at each of the department store’s entrances Friday morning as festivities celebrating the official opening began, including a beauty expo, food trucks, a photo booth and of course, plenty of shopping.

The massive 230,000 sq. ft. destination is the first Nordstrom in B.C. and only one of a handful in Canada so far. Located in the old Sears building across from Robson Square, the store will carry luxury apparel, beauty supplies and accessories for men, women and children.

The A-list brands were accompanied by some star power Wednesday evening during the official launch gala and fashion show where Coca Rocha, Zachary Quinto and Camilla Belle were in attendance.

The crowds likely won’t dissipate much this weekend as the chilly fall weather and rain make for the perfect excuse to lay down some cash on new duds.

Customers being applauded by #NordstromVancouver staff as they enter. Very nice touch! #downtownvan

The @Nordstrom Vancouver store is absolutely beautiful. And this is coming from a Seattleite 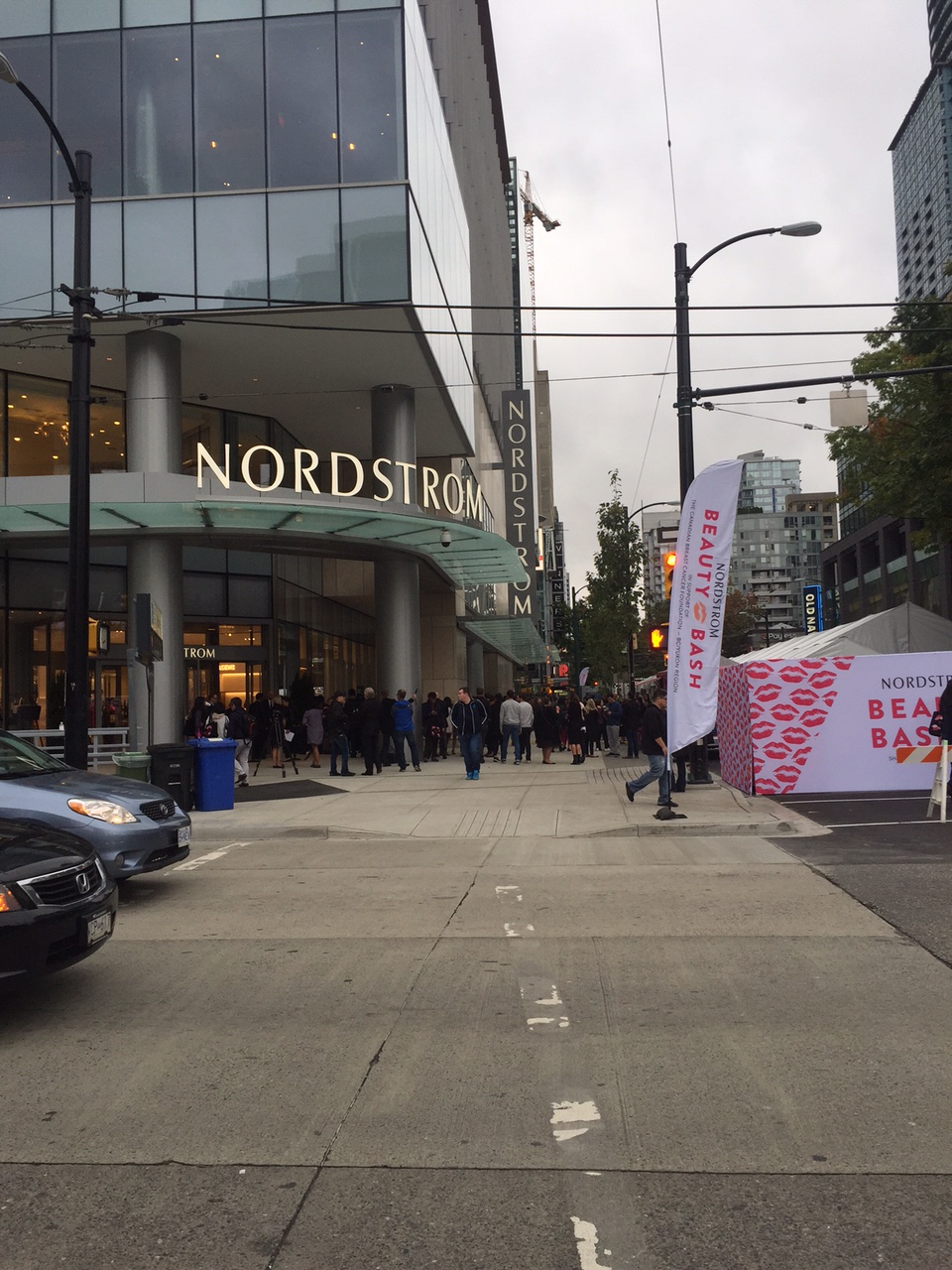 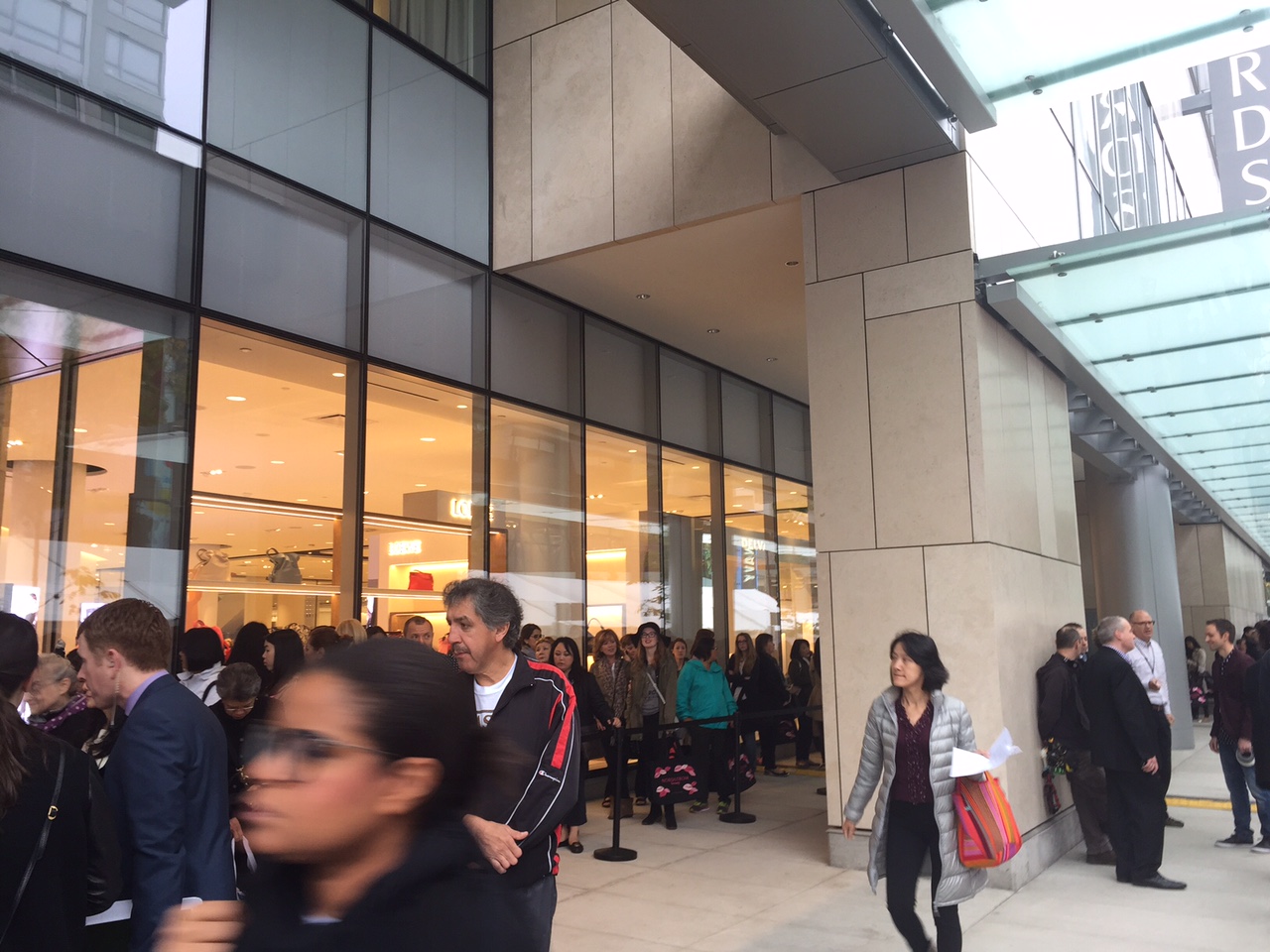 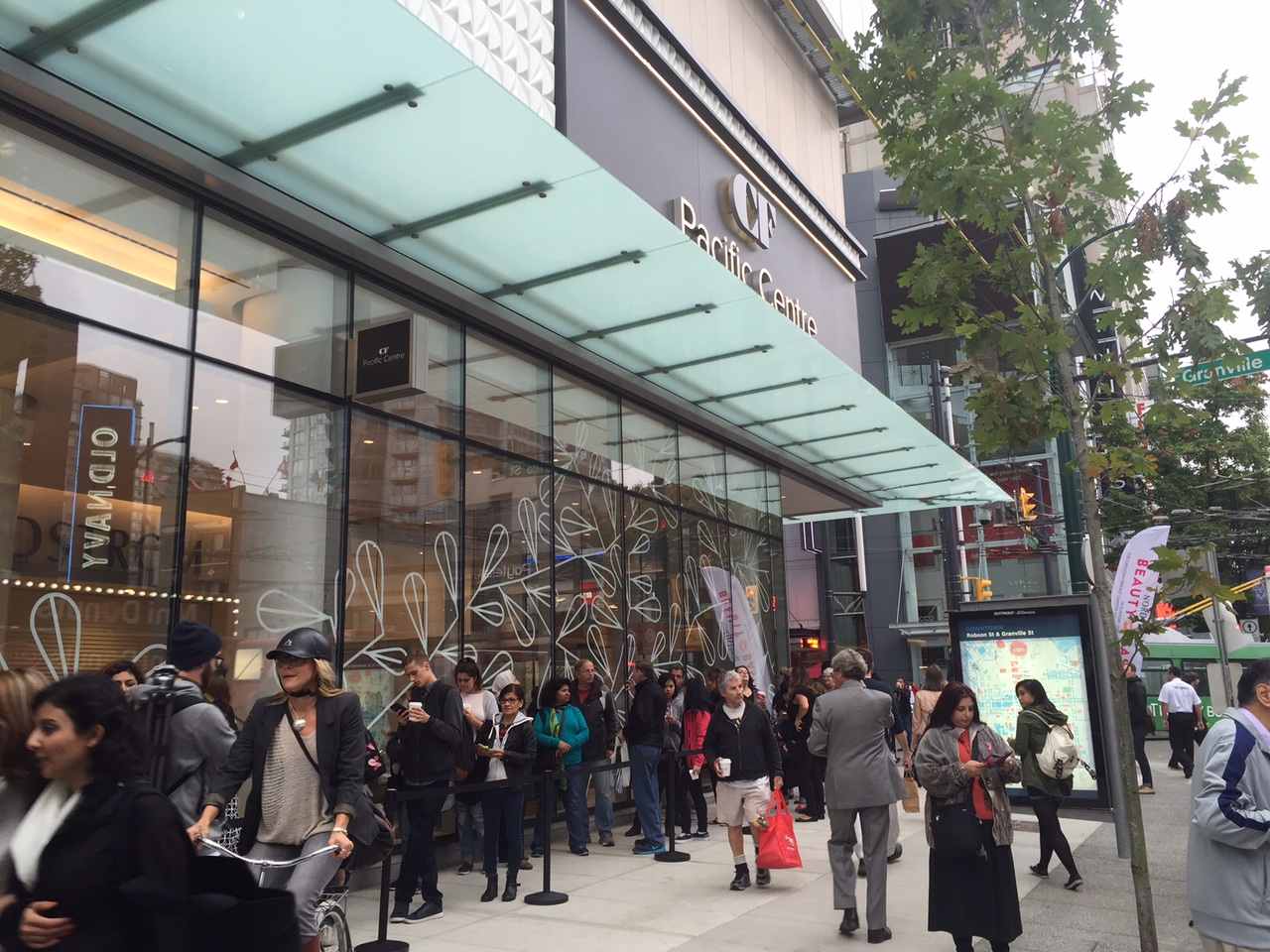 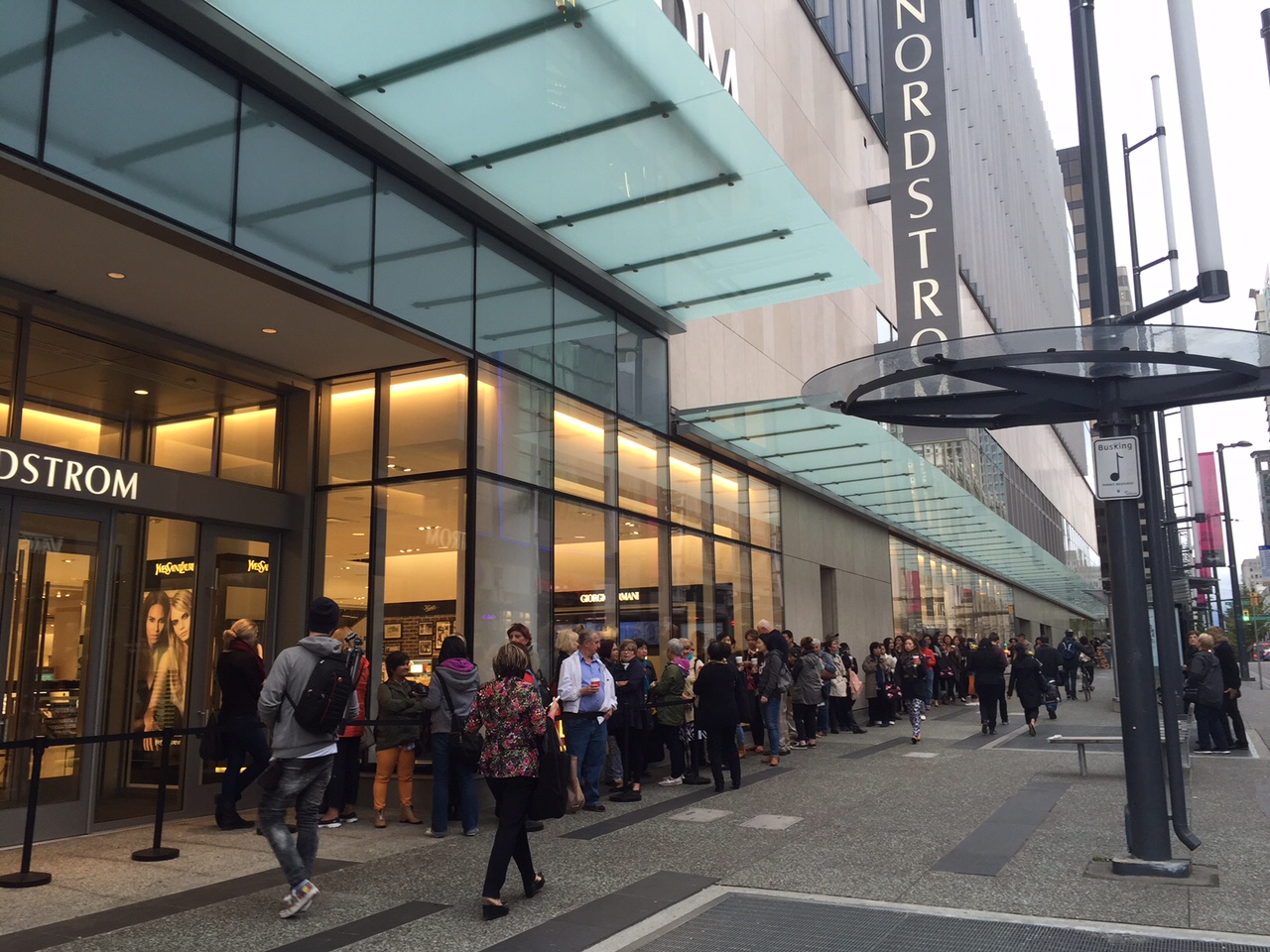 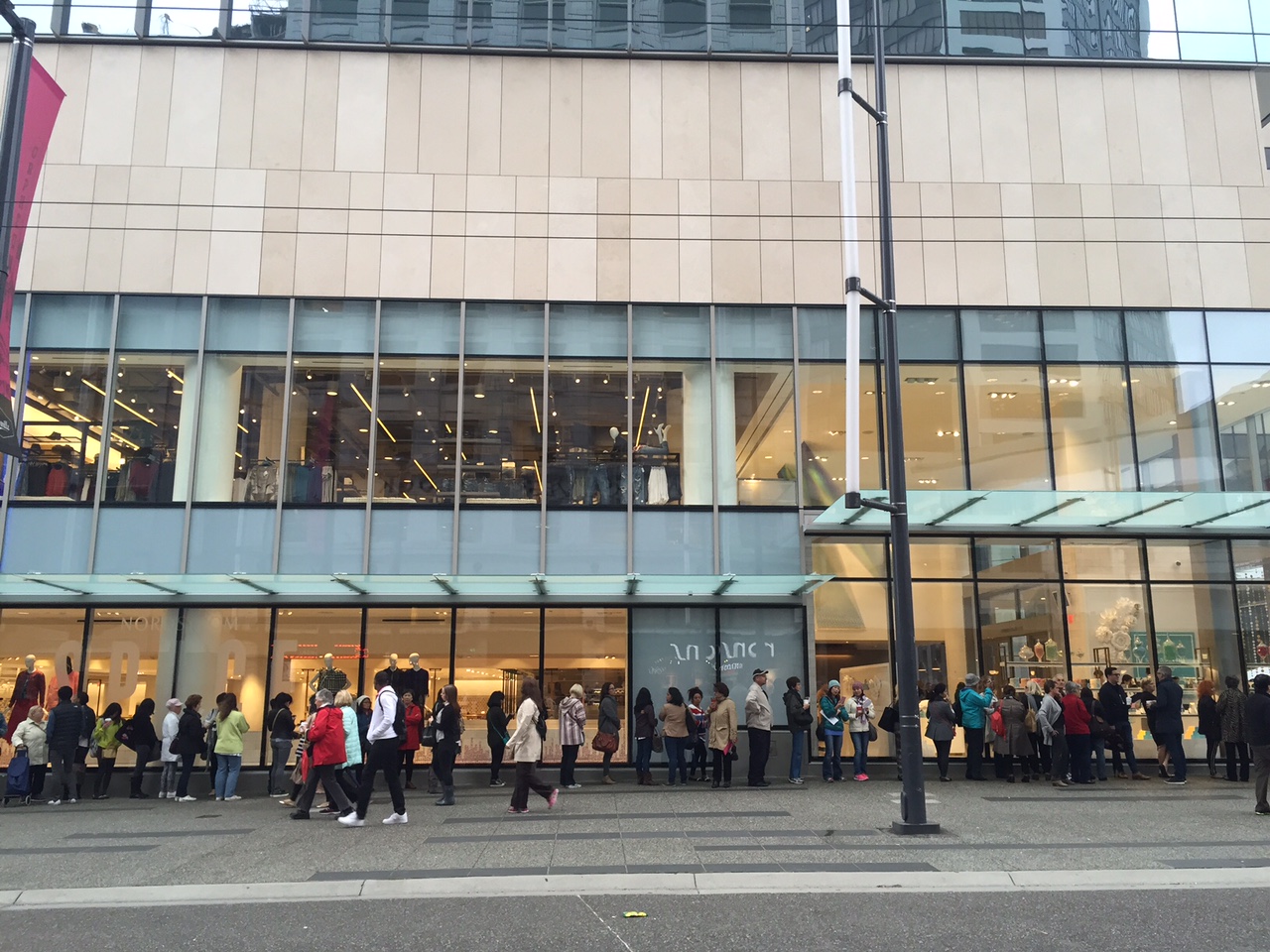 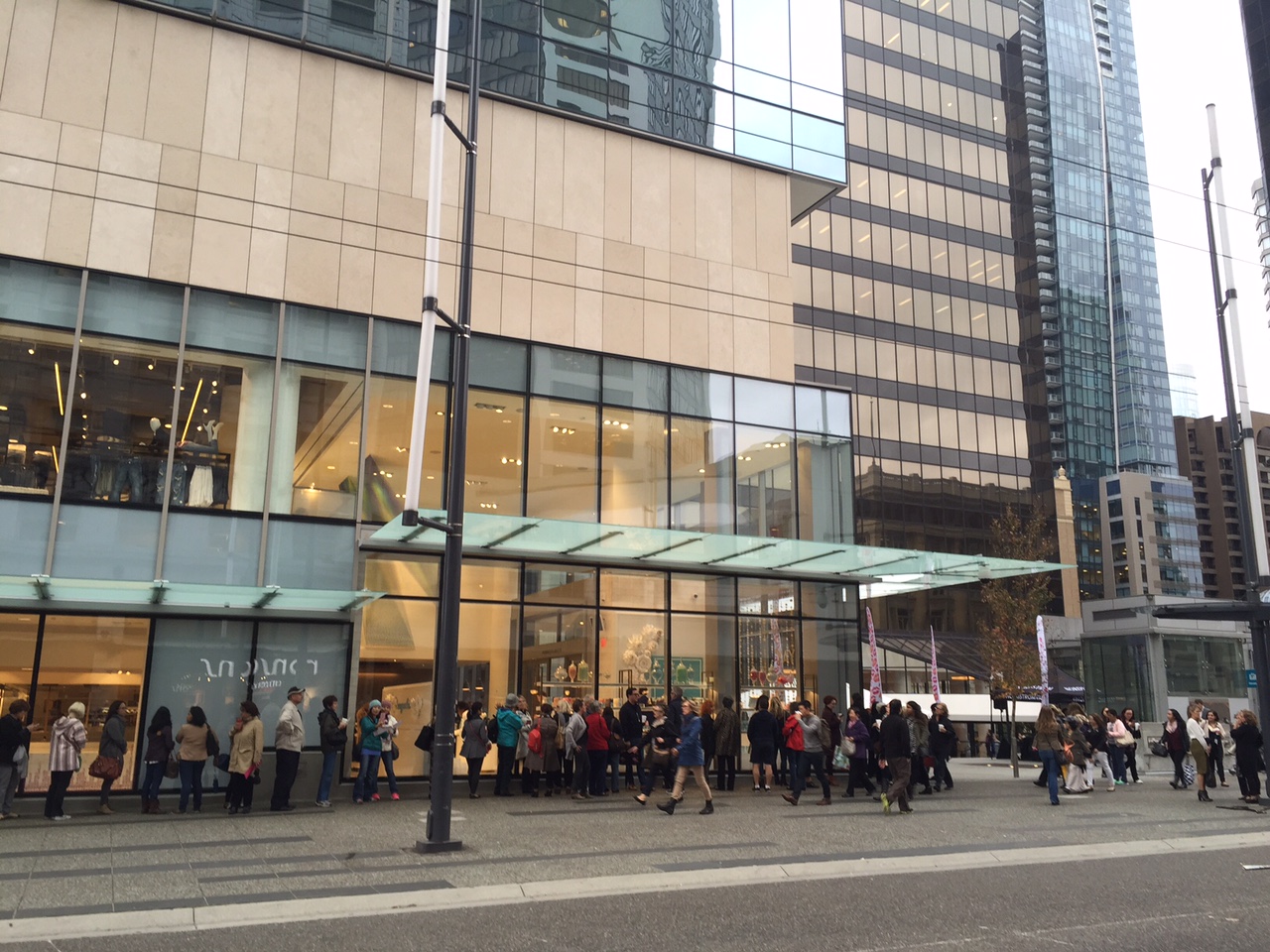