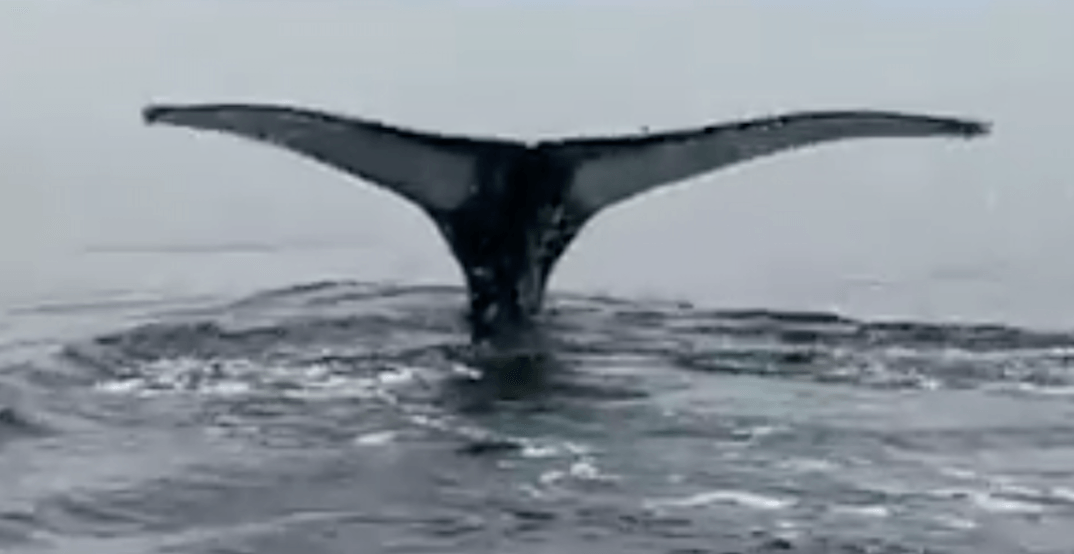 It was an incredibly up-close and personal encounter with not one, but three Humpback whales near Vancouver Island and it was all captured on video.

Derek Brown was enjoying a day out on the ocean, just south of the community of Campbell River last week, when he had what could truly be described as an unforgettable encounter with Mother Nature.

Brown said he was jigging from his boat in an area known as Kitty Coleman when “three whales came to the boat and gave me a 40-minute show.”

And while he didn’t film the entire 40-minute encounter, Brown did manage to capture some amazing footage of the experience, posting two separate videos to YouTube.

“The only thing going through my mind was ‘how lucky am I?'” said Brown of the experience.

He titled both the videos “Humpbacks so close to my boat I could have touched them,” and he told Daily Hive the experience was “an amazing once-in-a-lifetime show.”

Based on the footage he captured, yeah, we’re going to have to agree with him here.

Good show, Mother Nature. Keep doing what you do best.