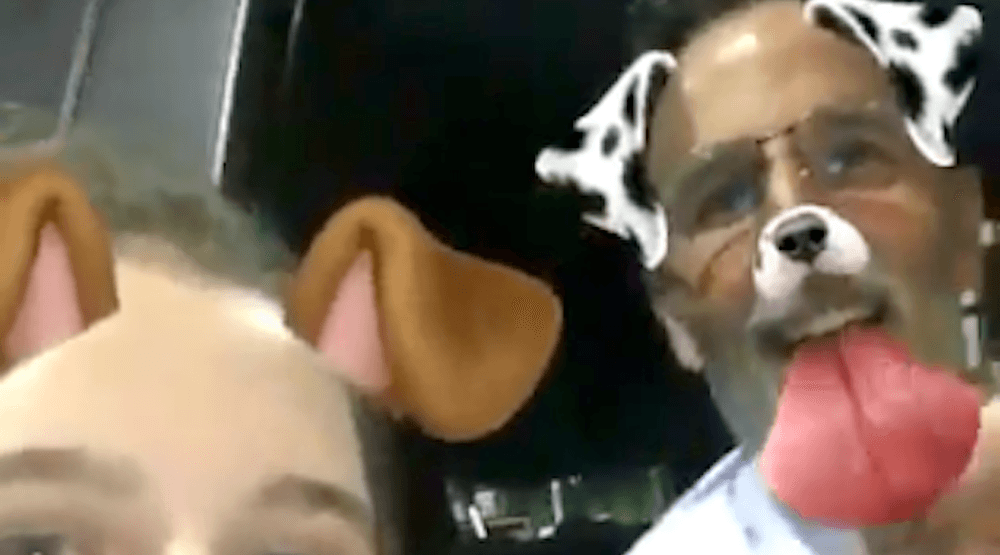 We’re one week into the Stanley Cup Playoffs and boy have fans been treated well this year. Lead changes, upsets, overtime thrillers.

And that was just Monday.

So with that, now seems like a fine time to bring back everybody’s favourite Wednesday feature, Hump Day Hockey!

Can we talk about Monday night for a second?

Monday night might have greatest night of hockey we’ve ever seen.

Four games, all went to overtime.

The Bruins overcame a three-goal deficit in under eight minutes, only to lose in overtime to Ottawa.

Goal of the playoffs

We’ll be hard-pressed to see anyone score a prettier goal than this in these playoffs:

Mike Hoffman pulled off the Forsberg one-handed deke to perfection, but my god, that pass by Erik Karlsson was just ridiculous.

To go over everyone’s heads and have the puck land on a dime for Hoffman at the opposition’s blue line was a thing of beauty.

Torts gets introduced to Snapchat filters

Columbus Blue Jackets head coach John Tortorella is well known for his love of dogs. He has own animal charity, and skipped the All-Star Game this year to care for a sick dog.

But he also hates social media.

He’s made his views on Twitter clear in the past and I doubt he has a love to Snapchat either. Actually, I doubt he knew what it was as a young Blue Jackets fan caught up to him after Columbus’ 5-4 win in Game 4 to stave off elimination on Tuesday.

Here, judge for yourself:

“Get that thing off of me.” Classic Torts.

If you hate the Edmonton Oilers, this will warm your heart.

After shutting out the San Jose Sharks in two consecutive games, the dam burst on a young Oilers team in Game 4 on Tuesday.

The Sharks blew out Edmonton, and fans had a lot of fun with it. With a 6-0 lead heading into the last period of play, San Jose gave the fans what they wanted.

Guess it was appropriate that the Sharks scored a touchdown, winning 7-0 on a night they welcomed Jerry Rice to the building.

Had to to score a TD with @JerryRice in the Tank tonight. #WreckTheRig pic.twitter.com/bXgSV2eBiV

Where are you, Mr Clutch?

Hockey’s most annoying comparison, Sidney Crosby vs Jonathan Toews, seems to have quieted down a little bit lately.

Toews, who was seen by many as being more valuable – or certainly more clutch – than Crosby in the playoffs, seems to have gone missing. Now don’t get me wrong, Toews is a world-class player. It’s just that comparing anyone to Crosby is kind of foolish (maybe now with the exception of Connor McDavid).

The Hawks are down 3-0 to Nashville and Toews has no goals and one assist. He only has six shots on goal, too.

Last season, Chicago lost in seven games in the opening round to St Louis. Now, when you’ve won three Stanley Cups, you get a lot of leeway.

What this does is to serve as a reminder that hockey is a team game. All players struggle at one time or another, but players on good teams get bailed out more often by their teammates.

Crosby, by the way, has five points in four games and is in search of his third Stanley Cup this season, and it would be hard to bet against the Penguins at this point.

One of the game’s great characters, his team had a marvellous season, exceeding the expectations of most with the second-best record in the Western Conference.

But down 3-0 to the St Louis Blues, Boudreau appears set for another disappointing playoff run, just like he had countless times in Anaheim and Washington.

Boudreau’s teams have made it beyond the second round just once in his seven full seasons as an NHL head coach. This is despite three seasons of 108, 121, and 107-point seasons in Washington; 116, 109, and 103-point seasons, as well as the third-best record (66 points) in the 48-game lockout-shortened season in 2013 in Anaheim.