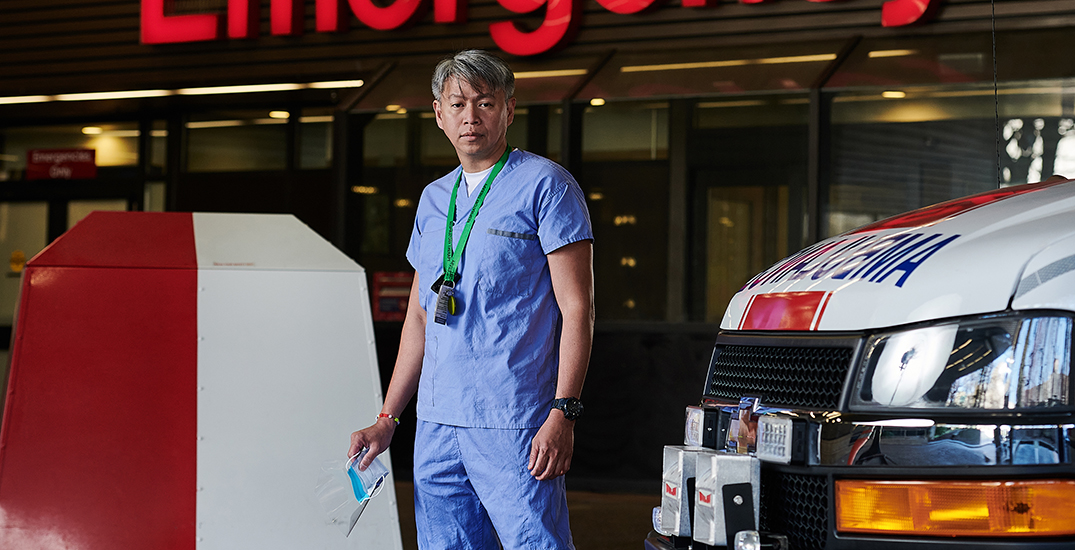 The creators behind a new Instagram account called Humans of Support share vivid portraits and profiles of the essential workers who are carrying us through the global pandemic.

Started three weeks ago by Vancouver photographer Erich Saide, the project highlights the contributions of the city’s frontline staff. Saide told Daily Hive in a phone interview that he’s hoping to surface stories of hope.

“Suddenly, they’re the most important people who are keeping our city going during lockdown,” he said, adding he wants to use his photography skills to “uplift others.”

He started by photographing nurses but quickly included other essential workers that we sometimes forget. For example, Humans of Support recently featured Kim Monteith with the BC SPCA, who helps people experiencing homelessness in the Downtown Eastside care for their pets.

A flight attendant they shot shared a story about a repatriation flight from Peru with 400 seats but 401 passengers who wanted to come home. In the end, the crew found space, so a father and his 10-year-old daughter, who was mistakenly listed as a lap-held infant, could make it back to Canada.

They also profiled a Vancouver bus driver who shared how his workday has changed since the viral threat emerged.

Saide works as a commercial photographer and started the project when his gigs dried up because of the pandemic. He recounted launching it around March 15, otherwise known as “the week everything went to hell in Vancouver.”

At first, the team reached out to frontline workers, but now it’s gained so much popularity that people are nominating their friends and colleagues to be featured.

The project struck such a nerve that photographers in other cities have started their own Humans of Support pages. Saide is working to create an international network to help creators launch similar projects in their own cities. So far, he has interested photographers in Saskatoon, Toronto, and Los Angeles.

If you’re interested in nominating someone to be featured on Humans of Support, or if you want to start a chapter in your city, reach out to the team at [email protected]