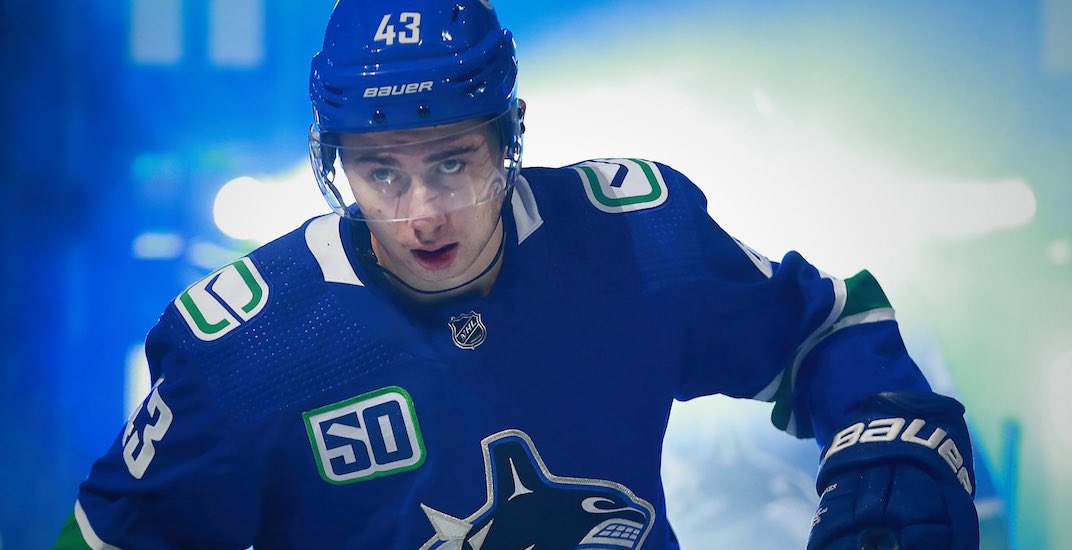 Hours before the biggest game of the season, the Vancouver Canucks are still unsure of the status of two “banged up” blueliners.

Quinn Hughes did not skate with his Canucks teammates at this morning’s optional skate, while Tyler Myers did participate after taking yesterday off.

Myers is on the ice for an optional #Canucks morning skate; Brisebois & Chatfield are out there as well. No Hughes. pic.twitter.com/KB4LSpj3qi

Both defencemen were surprise omissions from yesterday’s practice, as the team called up Jalen Chatfield and Guillaume Brisebois from the Utica Comets as insurance.

Whatever ails Hughes and Myers is still a mystery, with Green saying yesterday that the two were “banged up” and should be considered “day-to-day.” Green has since characterized both defencemen as “game-time decisions” for tonight’s game against the Arizona Coyotes.

Hughes and Myers are both game-time decisions tonight, said Coach Green, adding that Beagle will not play. Demko starts. pic.twitter.com/ZKHkNnc9cd

Jordie Benn, who hasn’t played since February 19, told Sportsnet 650 that he will play, which makes it seem likely that one of Hughes or Myers will indeed miss the game. Chatfield or Brisebois should snag the second spot if necessary.

The Canucks got bad news on the out-of-town scoreboard last night, as the Winnipeg Jets, Edmonton Oilers, Vegas Golden Knights, Chicago Blackhawks, and the suddenly surging Minnesota Wild all won their respective games.

The good news is Vancouver has games in hand on every team surrounding them, though they’ve dropped well behind Vegas and Edmonton atop the Pacific, and are dangerously close to falling below the playoff bar. 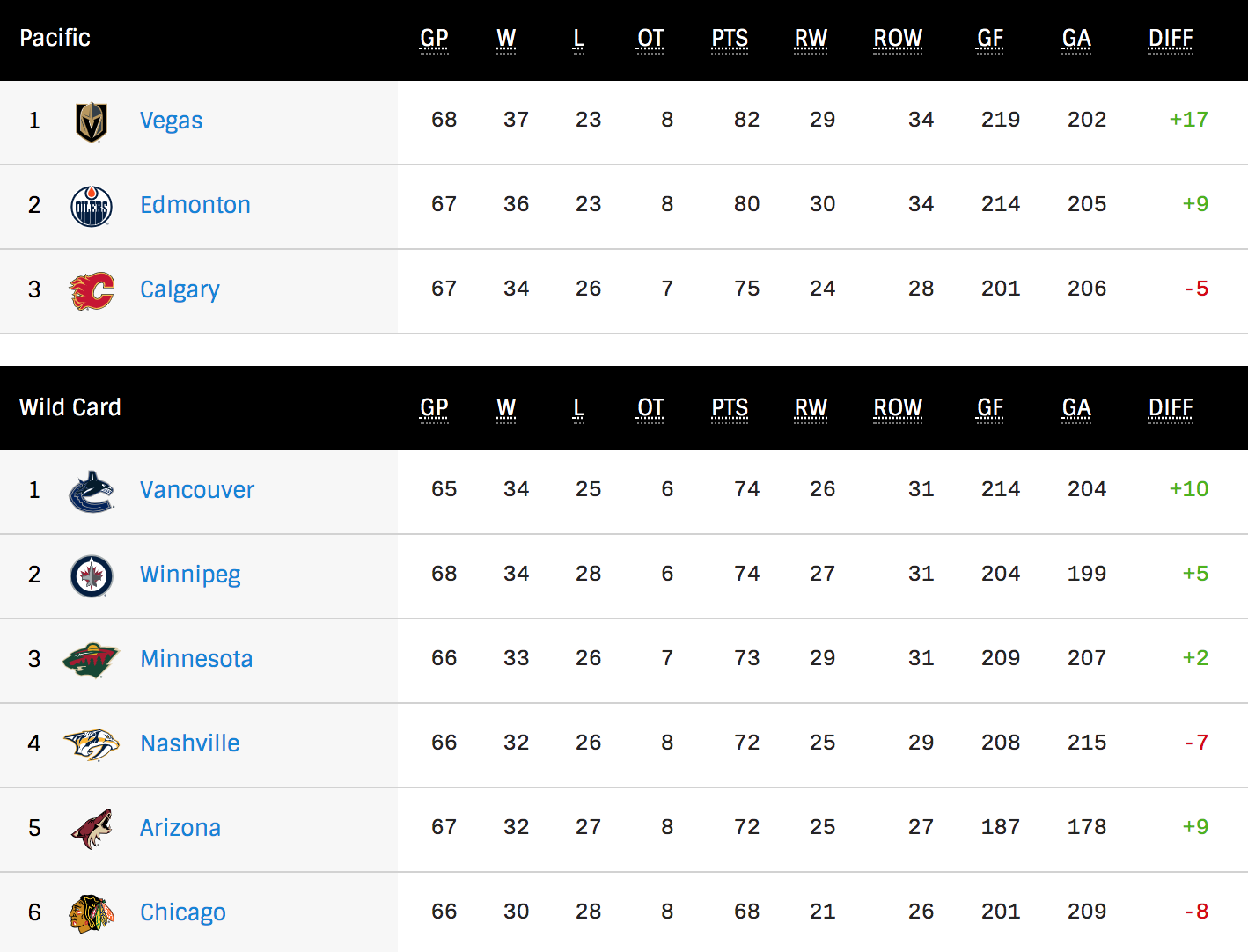 The playoff picture is getting crowded (NHL.com)

That’s why tonight’s game is so important. Win, and they’re back in the mix in the Pacific Division. But lose, and not only do the Coyotes become more of a threat, but the Canucks could find themselves out of a playoff spot by tomorrow.