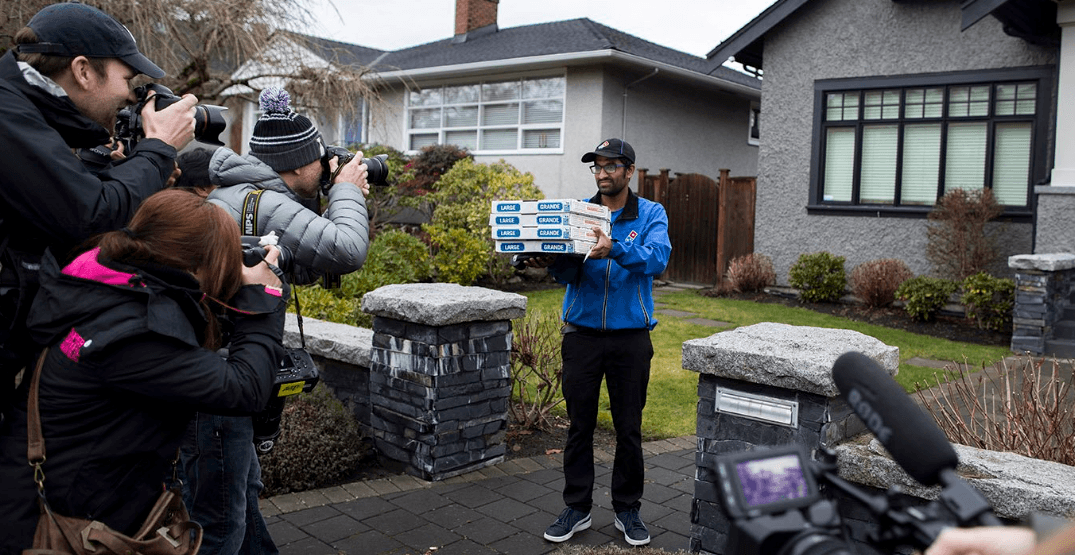 Media from across the globe have converged on Vancouver for the past week to attend the bail hearing of Huawei CFO Meng Wanzhou, who was arrested at the city’s airport earlier this month.

After Wanzhou was released on $10-million bail on Tuesday, some of those members of the media have set up outside of the executive’s West Side home in hopes of securing an interview or video footage of the tech exec.

But they were surprised to be treated to a pizza lunch.

Six boxes were delivered to the home, but only two were taken inside. Photojournalist Ben Helms tweeted that Wanzhou delivered the boxes while they were positioned outside of her house.

Part way through the day pizza was delivered to her home.After a member of her defence team took several pizzas inside, the rest were delivered to international media camped on the sidewalk outside her house. #MengWanzhou #Huawei #ctvnews

Meng Wanzhou delivered the media pizza while we are staled outside of her home….#huawei pic.twitter.com/82RWjinTJF

It does not appear any of the reporters and photographers dined on the free meal, however.

Helms tweeted that the boxes were passed on — and enjoyed — by a construction crew working nearby.

No one accepted it from the media. Construction crew ended up eating it who were working down the block.

And the pizza boy also got a shout out.

Pizza guy is my new favourite character in this #Huawei saga. https://t.co/6SSIE02Z7H pic.twitter.com/AE5KnDjeaI

Meng is slated to return to BC Supreme Court in February 2019 for further proceedings related to her extradition to the US.

Her bail conditions including not leaving BC. She will be under 24/7 surveillance, including electronic monitoring.

The mother-of-four owns two multi-million dollar homes in Vancouver. According to her court-ordered release conditions, she must reside there until her next court appearance.