“They have four-line depth, guys who can put the puck in the net and defend, they’re non-stop and smart. They’ve obviously got it all.”

Sorry Vancouver, this isn’t a description of your beloved Canucks. It’s a warning about the Boston Bruins, straight from the mouth of Tampa Bay Lightning coach, Guy Boucher. And ask anyone who messed with Tony Montana, any guy sporting a scar like this one is not to be questioned. 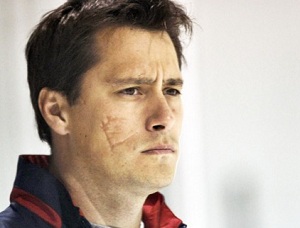 With the Canucks taking 7, 6, and 5 games to get through the previous 3 playoff rounds respectively, fans in Vancouver have the feeling that their team is invincible. In fact, the only thing stopping them from saying “4 games” when asked for predictions is that they’d like to see the team win the Cup at home.

One small problem, though…and actually it’s quite big. The Bruins are the best team the Canucks have faced since the first round. You might disagree and say that San Jose was the toughest test, but realize and admit just how banged up that Sharks team was.

Dany Heatley – broken hand, high ankle sprain; Joe Thornton and Ryan Clowe – separated shoulders; Joe Pavelski – sprained ankle; these were only the major injuries, and you can see that they were to key players. If you’re the type who says, “Injuries can’t be used as excuses in the playoffs!” You’re in denial.

One year ago, Ryan Kesler was playing through a debilitating shoulder injury, and Alex Burrows was battling a similar one that required surgery in the off-season. They scored 1 and 3 goals respectively in those playoffs. Injuries to important players during the playoffs is a date with death. Which might look something like this.

All this to say that Boston has a very strong team. They have scoring, they have defense, and they have goaltending. Sure, their depth is not Canucks strong, but this will be no cakewalk. Don’t be surprised to see the 2011 Stanley Cup Finals go to 6 or 7 games before the Canucks finally flex their muscles and show their superiority.

Up front, the Bruins do not have a single player in the same class as either the Sedins or Ryan Kesler, but they do manage to spread out the scoring very well. They have 6 players with over 10 points in the playoffs, as opposed to Vancouver’s only 4.

They also have the veteran presence of this man: 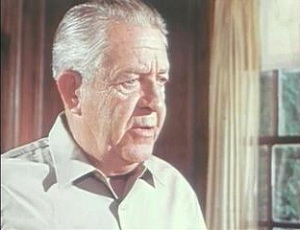 You guessed it, that’s Mark Recchi. Don’t be fooled, though – what he lacks in youthful exuberance, he makes up for in oldness. 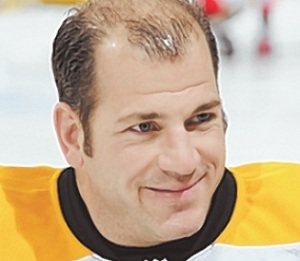 I know – six of one, half a dozen of the other.

It might surprise you to learn that Boston has not a single defenseman on the minus side of the +/- column, while the Canucks have 4 minus defenders. “But the Canucks have more production from the back-end!” you might say, and it’s true… they have 2 more points, with 40, rather than the Bruins’ pathetic 38.

Oh, and remember how Shea Weber and Duncan Keith (once he awoke from 9 months of slumber) managed to shut down the Sedins? The Bruins employ a defenseman so imposing that he refers to Weber as “little tyke.” 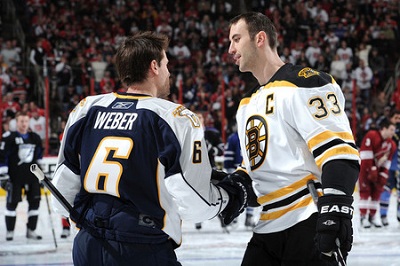 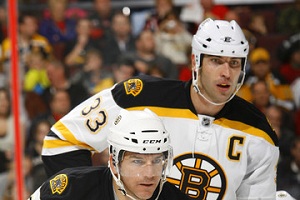 Chara is a big, strong man, and when the Sedins are shut-down, the Canucks have a much harder time winning. Think back to Nashville – life was tough.

It’s also worrying to think that Tomas Kaberle, should he ever decide to show up, could be a major force from the back-end as well. Though as long as super-motivator Jeremy Roenick keeps his mouth shut about gutlessness, the current situation will hopefully not change.

There’s a reason everyone out there is calling the goalie matchup a “saw-off.” Check out the stats:

Identical GAA, same number of shutouts, actual goals allowed only 2 apart… no wonder these two Vezina nominees are in the finals against each other.

The strange thing is that their playing styles could not be more different. To explain the differences in their games, here are pictures of the two goalies’ main influences: 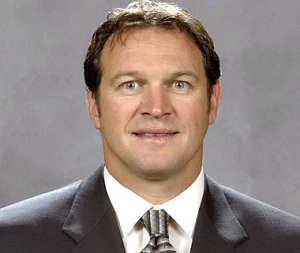 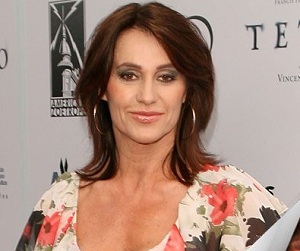 You can really see it manifested in their games: Luongo practices a butterfly style, while Thomas practices backflip styles.

I leave you with another thought from the no-nonsense mind of Guy Boucher:

“When they play Vancouver, I know they dominated the league this season, but I will tell you, I saw the Bruins for seven games. They’ll be on equal grounds.”

-if you want to download HTTN’s Stanley Cup Finals Wallpapers (as seen in the title picture), click here