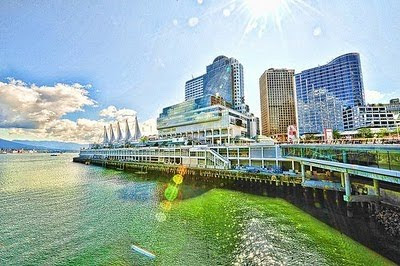 The public’s perception about the HST has been manipulated by media (getting that exciting fear-based story) and political self-interests. Proponents have been scarce or just haven’t received the media exposure. The whole world has a uniform value-added tax and we lag behind, severely hurting our chances of being competitive.

The benefits of HST are HUGE in the long-run, benefiting both poor and rich. Economists and taxation experts are wholeheartedly supporting the uniform tax. I’m sure if they’re saying the economy will benefit, that obviously means every citizen will, because for the economy to grow, the sum of all its parts will have to grow. Businesses and consumers will both be rewarded. The cost estimate for consumers is 0.7%. Increased investment into BC, more jobs, lower compliance costs for employers, and higher wages will surely return much greater than the 0.7% investment by consumers.
And the lower incomes who pay a greater proportion of their income for the goods affected? Refundable tax credits to easily offset the little bit more tax they will be paying.
Even if you’re still not convinced, you can’t say the PST is better. It’s a cascading tax where manufacturers are forced to pay taxes on each input, even on inputs of inputs of inputs (think paper towels, lubricant, etc.). The manufacturing/retailer chain then charges more to the consumer because they were unable to write off the PST tax on inputs.
Finally, the Vander Zalm push is a sham. He’s said it himself that the rallies and petitions are more about “taking back your democracy” than the HST itself. Can we really trust a rally based more on emotions than the actual well-being of citizens? He’s an opportunist and doesn’t give a crap about you and I. It’s all about political self-interests. He will run for something if his sham goes well, I guarantee it.
Here I have for you is not Vander Zalm hooliganism or NDP precariousness, but some respected expert opinion:

“…no country besides Canada simultaneously employs two such divergent forms of sales tax at the national and sub-national levels. Retention of the PST in B.C. would leave the province’s businesses with an unnecessary $150 million of tax compliance costs each year, which push up product prices for all consumers. Retaining the PST would also leave the provincial government burdened with annual costs of $30 million for administration plus $50 million for vendor compensation.

These operational costs will be eliminated with the move to an HST, thus helping to preserve public services and/or resist pressures for tax hikes. In addition, repealing the HST would deprive the B.C. treasury of $1.6 billion in federal transfers made to facilitate harmonization. Opponents of the HST have not told us how they would make up those lost revenues: raise taxes (and which ones) or cut public spending (and on which services)?

Even worse than these financial impacts of repealing the HST, keeping the PST would continue to act as a drag on B.C. economic prosperity. B.C. has one of the weakest records among Canadian provinces in growth of investment, productivity, and wages, which research studies link to the PST burden on businesses. Nearly 40 per cent of the $5 billion in annual PST revenues falls directly on business rather than consumers.

Non-partisan panels of economic experts have identified provincial retail sales taxes as one of the most damaging public policies in terms of productivity growth. In this context, harmonization’s estimated onetime impact on the consumer price level of 0.7 of one per cent will be a bargain in return for many years of increased growth in jobs and real wages. How many HST opponents would turn down this exchange if they understood it?

The existing PST imposes a heavier burden on the poor and near-poor than the impending HST with its companion refundable tax credits. For example, a childless couple with income of $30,000 (above the poverty line) will gain by a couple of hundred dollars per year after netting their HST tax credits against their slightly higher living costs.

In contrast, retaining the PST will continue to impose large but hidden tax burdens not only on the poor but on all consumers. The $1.9 billion in PST paid directly by businesses gets built into the competitive prices that they must charge consumers.

As a consequence of these embedded business taxes, products that are nominally tax-exempt under the PST actually bear positive effective tax rates. All goods and services now carrying a seven per cent rate of PST have effective tax rates exceeding seven per cent. With the shift to the HST, these embedded taxes will disappear through rebates to businesses for the taxes they pay on their inputs, so that B.C.’s tax rate will be a true and uniform seven per cent for consumers.

Apparently, HST opponents prefer to pay their taxes in hidden, covert ways rather than in the highly visible manner of a value-added tax. B.C.’s move to harmonize its sales tax with the federal GST provokes the same misunderstandings and opposition as arose with the 1991 shift of the hidden federal manufacturers’ sales tax to the highly visible GST.

Before casting their stones against the impending HST, critics should take a closer look at the decrepit and crumbling structure called the retail sales tax — the tax that they are implicitly supporting.” -Jon Kesselman (SFU), Canada Research Chair in Public Finance; Vancouver Sun story