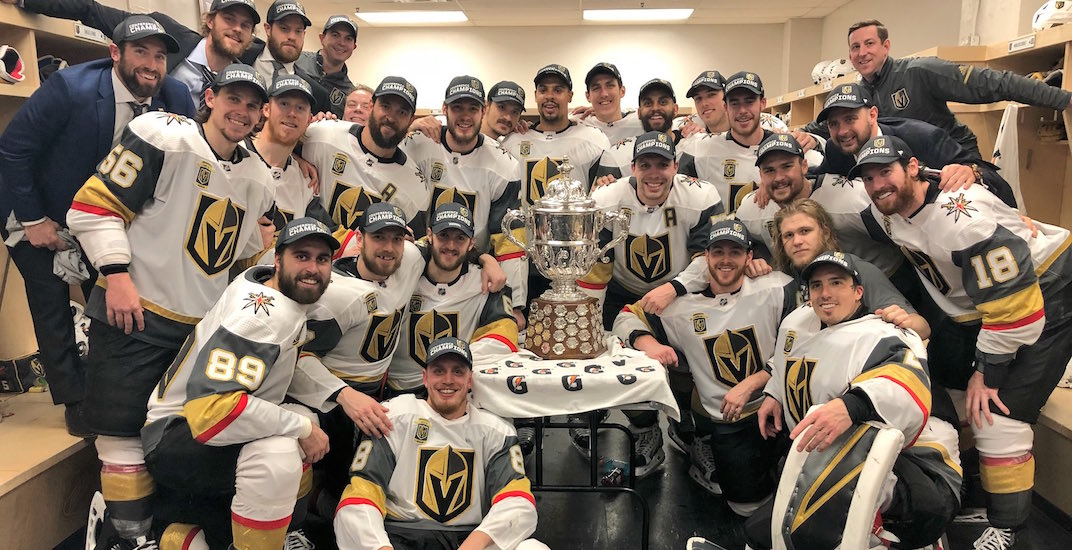 A lot goes into building a Stanley Cup contender.

The process is not usually a quick one, taking years to lay the foundation for an opportunity at hockey’s greatest prize.

The Vegas Golden Knights didn’t get that memo. From Day 1, the NHL’s newest team has been one of its best.

They blew the doors off the Vancouver Canucks in their first-ever preseason game, signalling their arrival with a 9-4 win. They won their first three regular season games and 8-1-0 to serve notice to the rest of the league.

It happened despite not everything going right for them too. Marc-Andre Fleury was injured for two months. They were down to their third and fourth string goalies for a month.

But they kept winning.

Somehow, some way, they’re in the Stanley Cup Final. The ultimate underdog before the year began, this team is for real, and has a wonderful chance to win it all.

So how on Earth have they done it?

They didn’t plan it

Not only was nobody predicting this for Vegas, neither were they.

“We have some really good players, but we’re not deep like a lot of teams are in terms of four lines of forwards and two or three lines of defensemen. But we got some really good players in the expansion draft. So we just need do well for a couple years, then make the playoffs in three years as we start transitioning in some of these younger guys — like Shea Theodore and Alex Tuch and Jake Bischoff.

“We’ll be pretty good in three years and we’ll make a run in five or six.”

Guess they’re ahead of schedule.

It wasn’t gifted to them

The Golden Knights benefitted from the most favourable expansion draft rules in NHL history, but make no mistake, a great team wasn’t gifted to them.

It’s one thing to be competitive – picking third-liners and top-four defencemen in the expansion draft – it’s quite another to become an elite team.

TSN’s mock draft had experts Craig Button and Frank Seravalli picking Josh Anderson from Columbus instead of William Karlsson. Anderson is a nice player, but Karlsson has become a No. 1 centre and nobody saw it coming.

Without Karlsson, the Golden Knights would probably be golfing right now, as he led the team in scoring with 43 goals and 78 points in 82 games.

TSN also whiffed on Nate Schmidt, Vegas’ No. 1 defenceman. Button and Seravalli each took Philipp Grubauer from Washington instead.

You know who else TSN wasn’t picking? Deryk Engelland and Brayden McNabb – two more top-four defencemen for Vegas this season.

This is nothing against TSN’s analysts, it’s just to show how many players the Golden Knights picked that weren’t obvious selections.

Other players that became contributors for the Golden Knights that TSN didn’t take include David Perron, Pierre-Edouard Bellemare, Tomas Nosek, and Oscar Lindberg.

Nobody knows what the Florida Panthers were thinking when they gave the Golden Knights two-thirds of an elite top line.

Florida had options, but somehow decided that giving up a 30-goal scorer in Jonathan Marchessault was the way to go. Not only that, but the Panthers felt it would be prudent to give Vegas Reilly Smith as well to seal the deal – despite the fact that most experts were jumping at the chance to take Marchessault alone in mock drafts.

While that was an obvious deal to make, there were some less obvious ones sprinkled in.

Vegas GM George McPhee could have picked Matt Dumba, a 23-year-old blueliner who was a top-10 pick and already a top-four defenceman. Instead, he opted for a deal that saw Erik Haula and Alex Tuch head for the desert.

In Haula, Vegas got a 26-year-old centre that had never scored more than 34 points in a season. Tuch was a 21-year-old former first round pick, but he had precisely zero NHL points on his resume and was coming off a 37-point campaign in 57 AHL games.

In short, a lot of people would have gone for Dumba in that situation. But Vegas didn’t, and Haula (55 points in 76 games) and Tuch (37 points in 78 games) wound up making up two-thirds of their second line.

They’ve done it without the help of their draft picks

The NHL Entry Draft has become increasingly important in recent years, and the Golden Knights knew it. That’s why many of the great trades they made resulted in adding picks last June.

They ended up with three draft picks in the first 15 selections, two second-rounders, two fifth-rounders, and two sixth-rounders.

Thing is, very little of their success so far has had anything to do with it.

Not a single Golden Knights draft pick has appeared in an NHL game, and with the exception of Tomas Tatar, they haven’t been flipped to acquire immediate help either.

Full credit to head coach Gerard Gallant, who has pushed the right buttons from Day 1.

He assessed the talent he had quickly, putting the right players into positions to succeed. It only took him eight games to realize Jason Garrison’s time as an NHL player was over. It took him two weeks to realize Karlsson needed more minutes – and that was before he began scoring like an elite No. 1 centre.

For every obvious good player like Marchessault, Neal, and Fleury – there were diamonds in the rough. McPhee found them, but Gallant put them in positions to succeed.

This is a minor miracle that we’re witnessing.

The betting favourite to win it all, Vegas will open the Stanley Cup Final with home ice advantage on Monday. They’ve had a polar-opposite journey to this point than their opponents, the Washington Capitals.

Entering the league in 1974, the Capitals were the worst expansion team in NHL history, winning just eight games. Vegas, by contrast, has won eight playoff games in the last month.

Caps fans are long suffering. Knights fans have never seen their teams lose more than three games in a row.

Doing what the Golden Knights are doing is not easy – no matter what advantages they were given in the expansion draft. This is an incredible story – one that we may never see the likes of ever again.