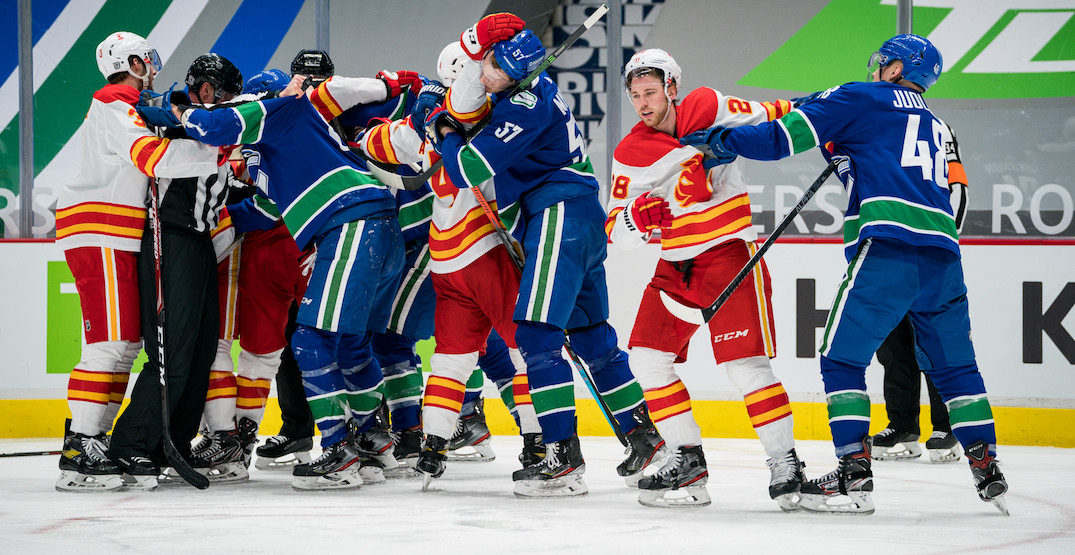 Tonight’s preseason game in Abbotsford won’t be televised, but fans will be able to watch it for free.

The Vancouver Canucks and Calgary Flames are set to play at 7 pm PT/8 pm MT, after both teams lost their preseason openers on Sunday. The Canucks lost 5-3 to the Seattle Kraken in Spokane, Washington, while the Flames lost 4-0 at home to the Edmonton Oilers.

The Canucks will be dressing a more veteran-laden lineup tonight, with the likes of Bo Horvat, J.T. Miller, Conor Garland, Tanner Pearson, Tyler Myers, Tucker Poolman, and Oliver Ekman-Larsson in the lineup.

Youngsters to look out for include Vasily Podkolzin playing his first-ever NHL preseason game, as well as Jack Rathbone, and Michael DiPietro, who is getting the start in net.

The Flames will be dressing a less experienced lineup, with notable veterans including Andrew Mangiapane, Dillon Dube, and Juuso Valimaki. Adam Werner will start in goal, with Dan Vladar backing him up.