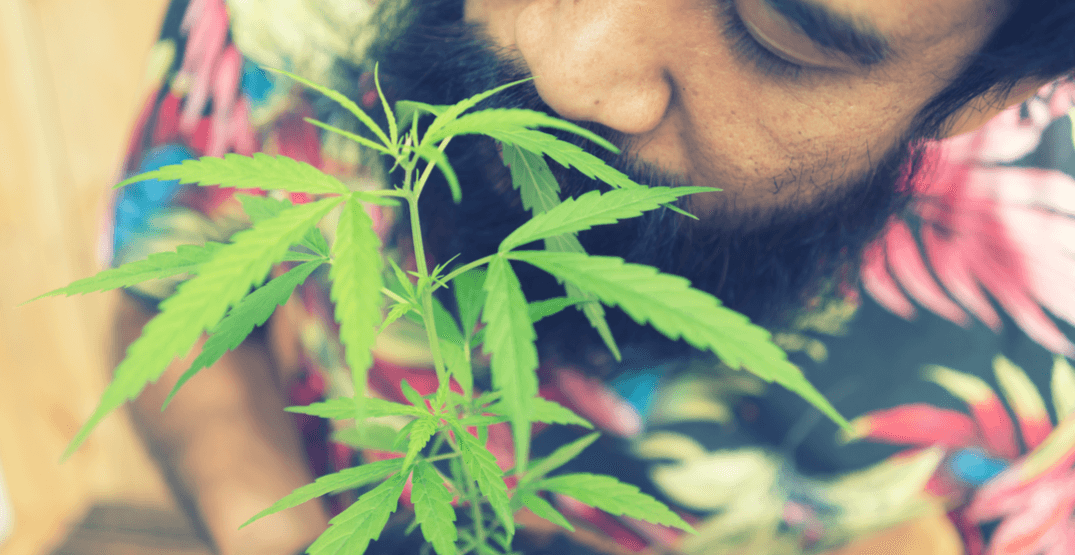 When Dave* stopped returning Ashley’s* calls and texts, she had a feeling the fact that she smoked weed would be one of the reasons why. She was right.

Dave, finally, explained that when he thought about the long term, Ashley’s weed smoking wasn’t going to work for him.

“That’s fine, but [he] should have just said something, not ghosted me,” said Ashley, 27, a Los Angeles-based musician who smokes every day and also delivers weed. Dave was also a musician, but sober and in AA. The pair met on Raya, an exclusive dating app (“It’s the Soho House of dating apps,” said one user to the New York Times), and went on several dates before he called it quits.

Natalie*, a Los Angeles-based freelance writer and photographer with brown hair and tattoos, found herself in a similar situation with a man she met on Tinder. The two dated for five months before he admitted he had a problem. “I state on my [Tinder] bio, ‘Must be 420-friendly,’ ” said Natalie, 40, who smokes cannabis nightly to help her get to sleep. “Why the resistance now?” While there were other reasons the two weren’t a good match, Natalie says the fact that she enjoyed smoking weed was a big factor.

“When we were hanging out I would sneak into his bathroom, open the window, and hit a vape,” she recounted.

Stories like these — where a person faces rejection or judgment for openly smoking weed in the dating scene — have become common in the age of cannabis legalization. While more people than ever support the idea of legalization, for plenty of singles looking for love, weed is a deal breaker.

“I don’t know, I just don’t like it,” Allison, 29, said with a laugh. No matter how attractive a person is, if weed ends up in their dating profile, it’s an immediate swipe left for Allison. To Allison, an intelligent and opinionated psychologist, and her friends, people who smoked weed fit the stoner stereotype, a “lowlife” with no moral compass who is definitely not dating material.

And she’s not alone — many in the dating landscape have similar sentiments about weed and dating. What is the modern stoner looking for love to do?

You could always use a weed matchmaker

“When people put ‘420-Friendly’ on their dating profiles, they find that a lot of times people will automatically label them a lazy stoner or a drug addict,” explained Molly Peckler, a cannabis-focused matchmaker and dating coach. Of her clients, she said “That’s not at all who they are. They use [cannabis] mindfully and can still be successful and lead fulfilling lives.”

This disparity in the dating world is what led Molly Peckler to launch Highly Devoted, a matchmaking, dating, and coaching firm for sophisticated cannabis consumers. “The clientele I work with are smart, successful, and well-respected in their communities,” Peckler said. “For these people specifically it’s incredibly challenging to find someone who shares your passion for cannabis. You’re more likely to hide that part of yourself because you’ve faced stigma in the past.”

Before founding Highly Devoted in 2015, Peckler worked stints for a high-end personal matchmaking firm and a cannabis consulting firm. Numerous clients, friends and family members expressed their desire for cannabis to be a part of their search for love. “I realized that no one was going out there and servicing [the cannabis] community,” Peckler explained.

“People come to us because they’re looking for something that’s more discreet and confidential,” Peckler said about her service. “There’s no swiping, no messaging, or anything like that. We use it internally to work on the client’s behalf,” Molly explains.

Weed-friendly dating apps like High There! and 420 Singles provide the comforting assurance that you won’t be judged for your cannabis use. These sites offer a similar experience to apps like Tinder and Bumble, but pull from a network of people who smoke weed.

In addition to your basic information and interests, High There! asks what you’re looking for — a smoking bud, a relationship, a friend, or simply to “see what happens” — and how you like to consume weed to provide you with potential matches to browse through and send a direct message to, while 420 Singles offers the familiar swiping and messaging action of Tinder but asks surprisingly little about your cannabis preferences.

While apps like High There! are more affordable than hiring a matchmaker and eliminate the question of whether your date will be into smoking a bowl before catching a movie, there’s still a chance you won’t be compatible. Like all dating apps, these cannabis-focused apps are designed to match you with tons of people, and there is little guarantee of finding whatever it is that you may be seeking.

If you go the mainstream dating app route, Peckler emphasizes the importance of being honest about your cannabis consumption up front. “The most important thing is that you can be open and honest because if you’re not able to be yourself you’re not going to form a lasting bond where you can truly be fulfilled and happy.”