Darvy and Megan’s story may start off simple, but it will take your breath away.

On appearances alone one might not match Darvy and Megan as a couple. Darvy is tall and covered with the type of tattoos that make you ask “what does that mean?” while Megan’s feet barely touch the floor as she sits upright in her chair. And with her conservative clothes, there are no signs of tattoos. She’s also notably quieter than her husband.

The more time spent with them, the more I’m reminded that the scars we carry with us often make us more attractive than we may think.

How did you meet?

Him: We met on Plenty of Fish. I know it’s cliché, but it’s how we met!

Her: I remember his first email. The subject line read “Is it weird that I like bowling?” 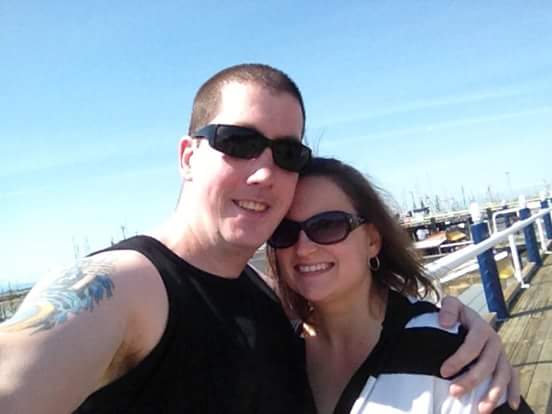 Them: Then (photo provided)

Where did you go on your first date?

Her: IKEA! It was right near my house, so we wandered around there and went for dinner.

Him: Yes – it was at Boston Pizza.

Her: A lot of our getting to know each other had happened over text message the week before. In that conversation, we discovered we both have lung issues.

Him: I had a double lung transplant and my wife here is missing one lung – it’s gone.

Her: I was born with a condition called Horseshoe Lung Syndrome, which means one of my lungs was underdeveloped and not working, so they decided to take it out.

Him: I think we found out because she asked if I was okay with scars. I told her that I’ve got a big scar too. Mine is on the front…

Her: …and mine is on the back.

Him: I’ve got the bigger scar.

How did you know this was a relationship meant for the long haul?

Him: We’ve always laughed together. She always laughs at my jokes and that made it easy. I knew we were never going to have a lot of awkward silences.

Her: We’ve been married for almost three years.

What’s the most romantic thing you’ve done for one another?

Her: I don’t think of it as one big gesture. He does romantic things all the time. He gets the bed ready before I got to bed every night, he turns my heating blanket on, he gets the dogs ready, and every night he kisses my forehead and says good night. Those are the things that are the most romantic to me.

Him: Well that’s because I love you. I’m very romantical.

Her: You are very “romantical”.

Him: I don’t remember if it was my birthday or Christmas, but Megan went to Metrotown and got me an awesome pair of Adidas shoes I had been wanting for a long time. She got them and a package of shrimp Mr. Noodles that I hadn’t been able to find anywhere. That was pretty romantic if you ask me.

If you were to get the other a drink at Starbucks, what would you order them? 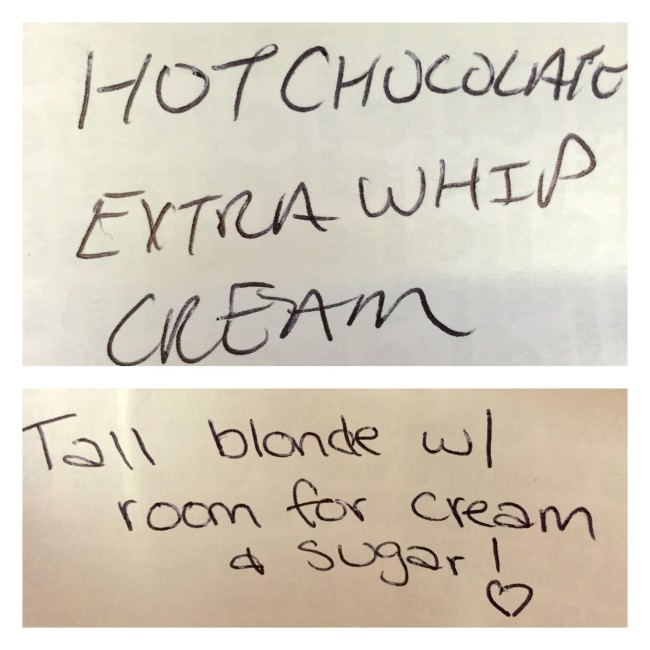 Answers: his on top hers on bottom.

You can follow their love story and other adventures:

Megan is an author and columnist for Vancity Buzz. Follow her on Instagram/Twitter @MeganDubs.