Americans love to praise Canada, according to a new survey from Angus Reid, but it seems it’s a one-sided admiration.

Canadians are far less likely to think positively about America than vice-versa, especially when it comes to being a caring society. Ongoing racial divides and a perceived lack of community safety have left a bad taste in the mouths of Canadians when it comes to America; only 17% of Canadians say America is a country they’d be proud to live in, versus 47% of Americans saying the same about Canada. 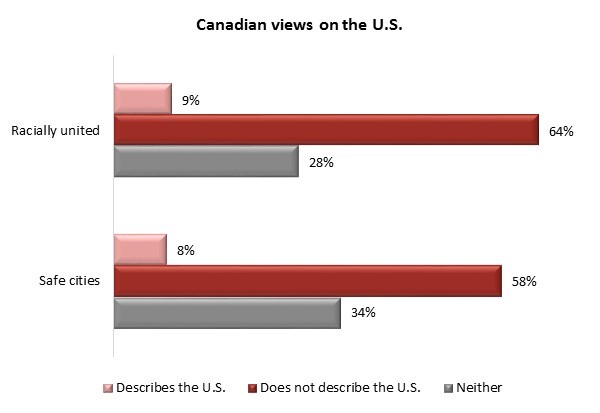 With that said, a majority of people in both countries perceive the other as being a valuable ally and friend, but many Canadians are concerned with what would happen to that relationship should Donald Trump become president; 66% of Canadians believe it would have a negative impact, in fact.

Americans perceive Canada as being a progressive, caring society, with safe cities and a generally prosperous country, according to the survey. 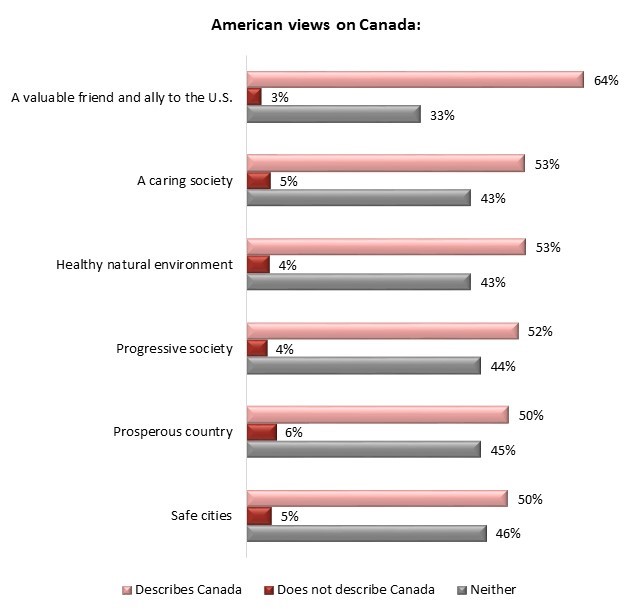 It seems Canadians feel similar views when it comes to their home and native land – more so than Americans, in fact. 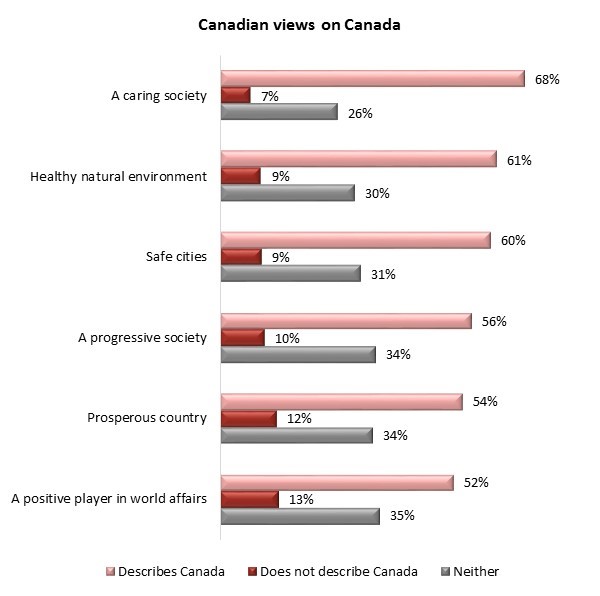 With that said, a vast majority of Canadians would rather vote for Hillary Clinton than Donald Trump if they could, while Americans are more divided. 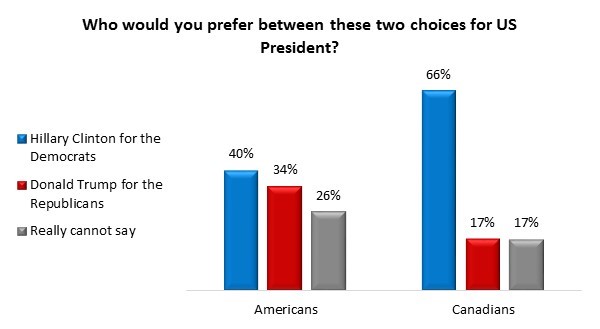 Meanwhile in Canada, people who voted for the Conservative party in the 2015 election – along with men and Quebecers – were most likely to call America a country they’d be proud to live in.