A Seattle home that is rumoured to have inspired the house in the Disney movie “Up” is set to be demolished – but local residents are trying to change that. 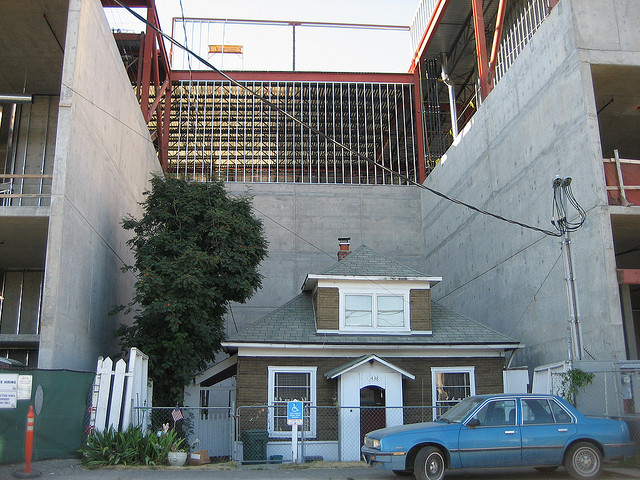 The little house was owned by Edith Macefield, and she was known for being a staunch character. Macefield refused to sell the house even after being offered $1 million by developers; as such, they were forced to build around the now 115-year-old abode.

Macefield ended up befriending the developer and left the house to him after she passed away in 2008. Several plans were made for the future of the iconic home, but all of them fell through, and as of June 29, the house must either be relocated or demolished within 90 days.

People have been showing their support by tying balloons to the home, just like in the movie. 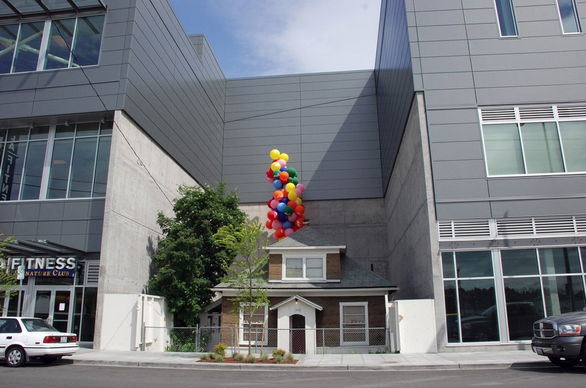 A Kickstarter was recently launched to raise the $205,000 to relocate the home. It’s raised over $11,000 at the time of publication.

OPAL Community Land Trust, a non-profit that specializes in sustainable housing, wants to move the house to Orcas Island, renovate it, and provide it to a family in need.

Click here to check out the Kickstarter – you might be inspired to help save a real-life Disney house.