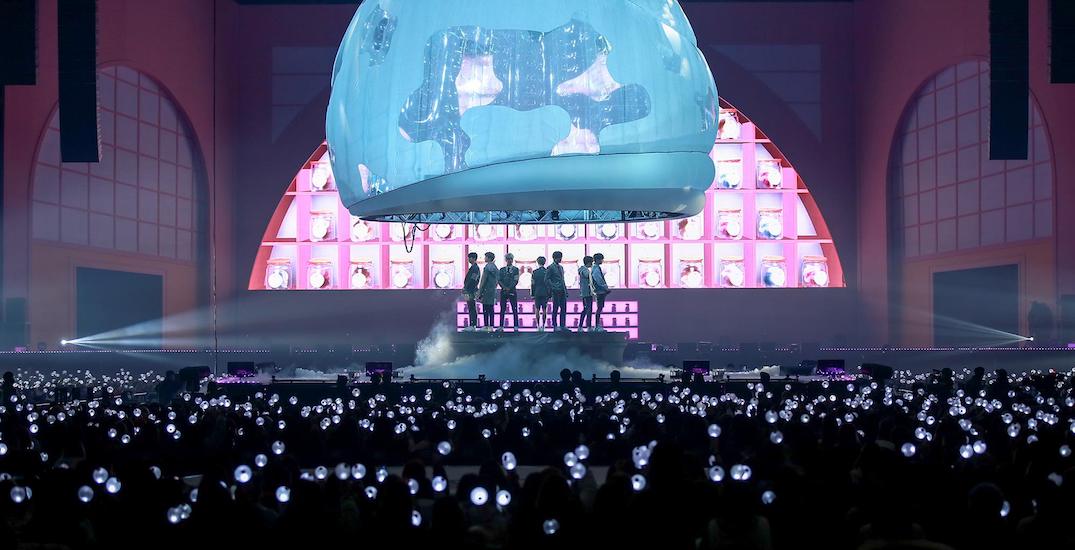 K-pop is taking off this fall (BTS/Facebook)

Although summer is winding down, concerts will be heating up venues across Canada this fall.

And each season, StubHub releases its preview of the most in-demand concerts and shows. This fall’s list of the hottest tour dates includes top acts from hip hop to country.

According to StubHub, South Korean boyband sensation, BTS, takes the top spot over Elton John, outselling the legendary performer and his farewell tour by 5%. All three of BTS’s tour dates in Canada make StubHub’s top-10 selling list, including the #1 show overall, proving the K-pop invasion has officially hit Canada.

Based on total sales on StubHub for 2018 Canada tour dates from September 3 to November 30, here are the top 10 hottest concerts this fall:

“As we see one legend wrap up a remarkable career with Elton John taking the number two spot, it is fascinating to watch the rapid rise of an entire genre in North America as BTS represented our top selling fall concert act in Canada this year,” said Jeff Poirier, General Manager of Music & Theatre for StubHub.

“In both cases, there’s a chance for fans to get out and experience history this fall, providing stories to share for a lifetime.”

Toronto’s Drake is at #4 and is the only hip-hop artist on the top-ten list, while Keith Urban at number 10 represents the sole country artist.

Data for all trends is based on sales for Canada tour dates on StubHub that take place from Labor Day to November 30.