One of Vancouver’s biggest Halloween parties is happening at the Hotel Vancouver on Friday, October 31.

The event is being put on Arrival Agency, the team behind the Khatsahlano Street Party, Food Cart Festival, re-opening of the Fox Cabaret and the 2014 NYE Celebration at the Hotel Vancouver.

All General Admission tickets are now sold out, but Gold Tickets and VIP Tables are still available.

To enter to win four (4) General Admission passes to the party (valued at $240), do at least one of the following:

2. Leave a comment below telling us what you’re dressing up as this Halloween. (1 entry)

Contest ends Monday, October 27 at 4 p.m. One winner will be chosen at random. 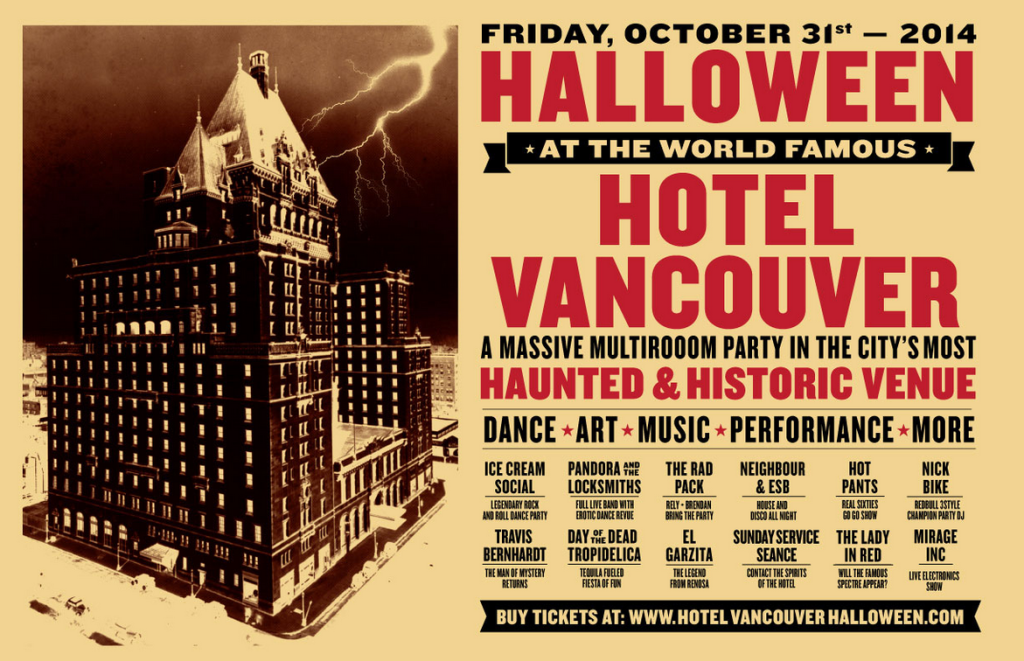