Hotel Tonight is bringing serendipity back to travelling. The last-minute travel booking app promises users great deals on hand-selected hotels in cities around the world. Currently featured in the Best New Apps category in the app store, Hotel Tonight is available for free on both Android and iPhone platforms.

Hotel Tonight recently opened their first Canadian office in Toronto. “We’re very excited about tapping into the Canadian market,” says Howard Migdal, Canadian Regional Director for Hotel Tonight. “There are a ton of beautiful Canadian cities from Montreal to Banff, Lake Louise and of course, Vancouver.” 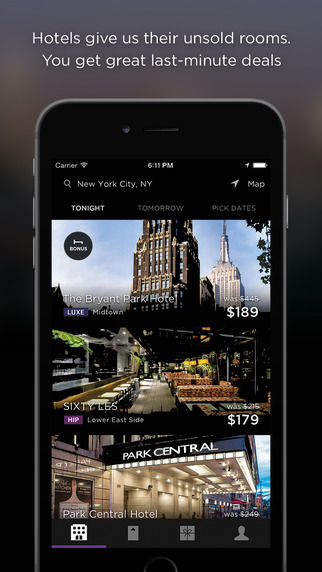 The app is intuitive and uses your location to show users deals on hotels in their area. Geotargeted offers allow hotels to market to people in the same or different cities. After 3pm, the Rate Drop feature of the app displays deals for users who are in walking distance of certain hotels. For example, Hotel Tonight users in Coal Harbour or Yaletown will see different discounted deals than users in Seattle for hotels in downtown Vancouver for the night. 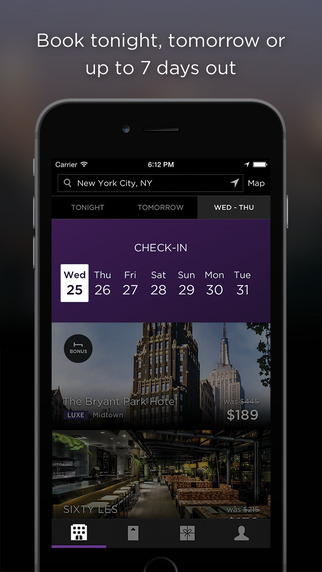 One of the biggest benefits about Hotel Tonight is how simple it is to use: “All it takes is three taps and a swipe to book a hotel,” says Migdal, “my 90 year old grandfather just booked through the app to go to Chicago to visit his grandson.” The app boasts a clean, attractive interface and displays beautiful pictures of the hotel, a description based off customer feedback and reviews, along with all your “need to knows”. They even include the weather forecast for you. 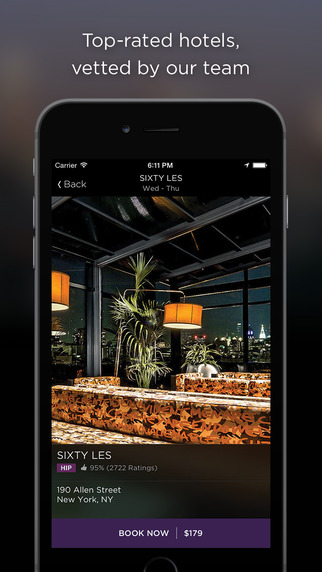 This app is perfect for those looking to book a last minute staycation or business trip. The rotated display shows users what’s best on that given day, up to a week in advance. “The app is constantly updating – the Rate Track feature allows users to track a city of their choosing and receive push notifications to alert them when prices have dropped in the area” says Migdal. 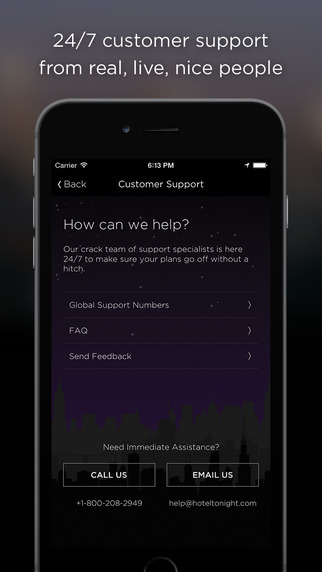 It’s not going to be every hotel in the city. Hotel Tonight offers users reputable hotels for a great value for their distressed inventory. And there’s something for everyone – hotels range from basic to luxe, to hip or charming. “We’re signing up hotels everyday. So, if we’re not there yet we will be in the next couple months.”

For an exclusive $30 deal off your first Hotel Tonight booking enter in the code: HTVANCITY. 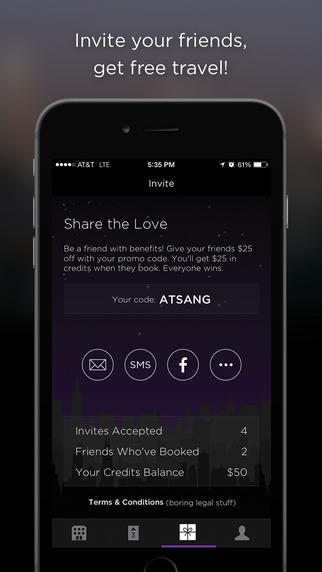